Princess Eugenie’s father, Prince Andrew, went out for an early morning ride in Windsor the day after his daughter married Jack Brooksbank.

The 58-year-old was spotted on horseback with a blonde-haired companion, taking in the early morning sunrise as they trotted along at a leisurely pace after the star-studded reception last night.

Andrew wrapped up against the cold in a blue and navy jacket, while his companion also looked sporty in a navy coat.

Last night’s bash reportedly lasted into the early hours and featured an impromptu performance by Robbie Williams, as guests downed cocktails and tucked into gourmet pizza.

This morning’s outing may well have been a chance for Andrew to blow away the cobwebs, as a second party is planned to take place this evening. 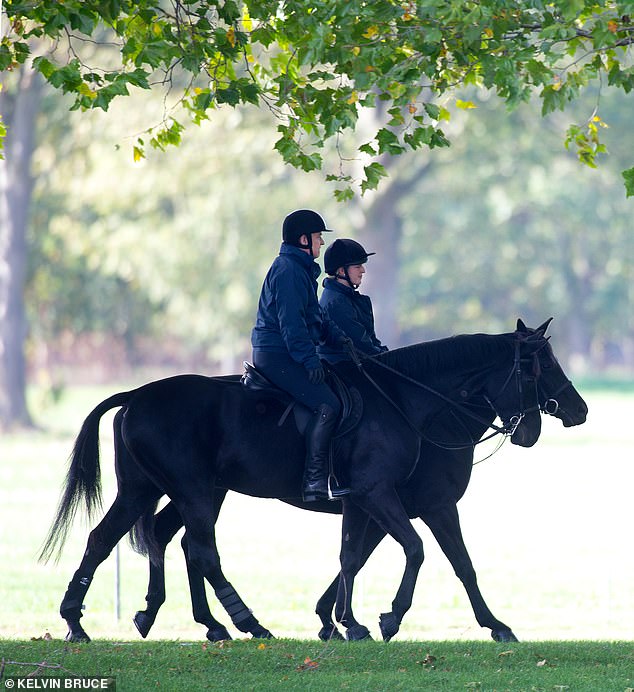 No sore heads here! Prince Andrew enjoyed an early morning ride in the grounds of Windsor 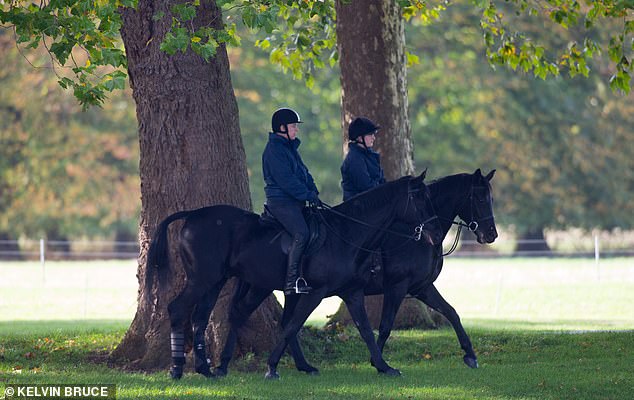 After celebrating Princess Eugenie’s marriage to Jack Brooksbank, the Duke relaxed on the stroll on the sunny day

Days before the wedding the Duke and Duchess of York reunited for a canter around the grounds of Windsor Castle.

Daughter Beatrice, 30, Prince Andrew and Sarah Ferguson, who separated in 1992 after just six years of marriage and divorced four years later, were spotted laughing and joking ahead of their younger daughter’s big day.

In June this year, Fergie, 59, referred to her former husband, 58, as ‘family’ and the ex couple have been heavily involved in planning for Eugenie’s nuptials, which will take place on Friday 12th October.

As someone who, if truth be told, isn’t all that keen on horses, he had the misfortune to be born into a family utterly obsessed with them.

So with a new military title to boast of, and one which will required him to appear on horseback at Trooping the Colour last June, Prince Andrew had to frantically brush up on his technique.

The Queen’s son, who has been seen on horseback only a handful of times was just about confident enough to be put through his paces on the streets of London in preparation for his starring role. 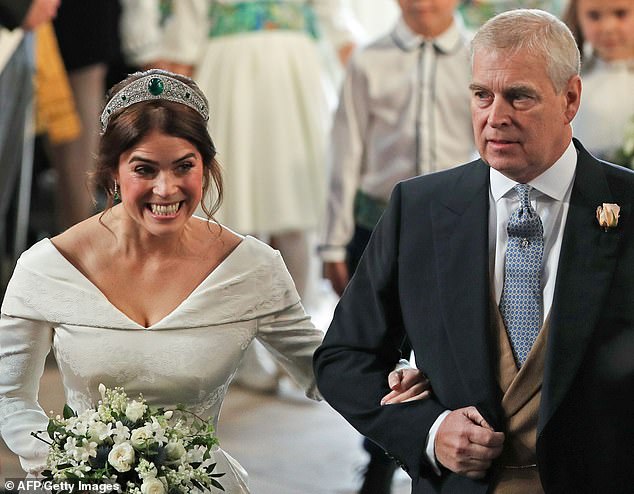 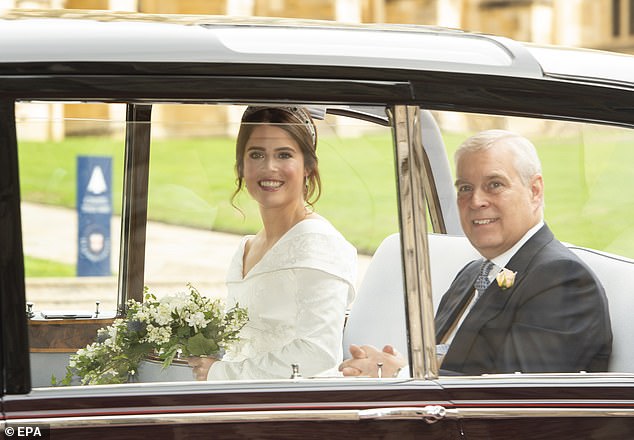 He had to saddle up in his new role as Colonel of the Grenadier Guards, a title he took over from Prince Philip in December following his father’s retirement from public life.

Although a naval officer by trade, but one with such a love of foreign jaunts and private jet that he has been dubbed Air Miles Andy, he was seen brushing up on his skills in the grounds of Windsor Castle, accompanied by a female instructor.

A source said: ‘The prince never really been keen on riding, unlike the rest of his family. He much prefers golf but now he has taken over Duke of Edinburgh’s responsibilities he will be appearing on horseback at this year’s Trooping the Colour.’

The royal family shares a fondness for all things equestrian with his mother the Queen who remains a familiar sight at the Windsor Castle stables and regularly rides Head Groom Terry Pendry. 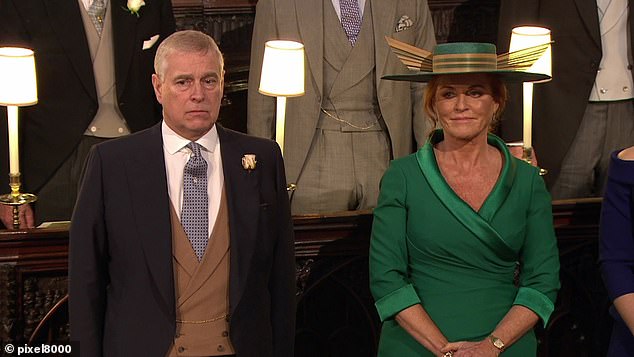 The Duke stood next to his ex-wife, Sarah Ferguson, throughout the ceremony yesterday