The FBI has recalled a number of its employees stationed overseas in Asia while it investigates reports of parties with prostitutes in at least a half dozen cities.

The Justice Department’s inspector general has launched a probe of the allegations, although the exact nature of the misconduct – if there was any – remains unclear.

News of the investigation was first reported by .

‘Upon learning of these allegations of misconduct, action was taken to reassign certain personnel to non-operational roles while the allegations are reviewed,’ the FBI said in a statement.

‘All FBI employees are held to the highest standards of conduct, and allegations against any employee are taken very seriously.’ 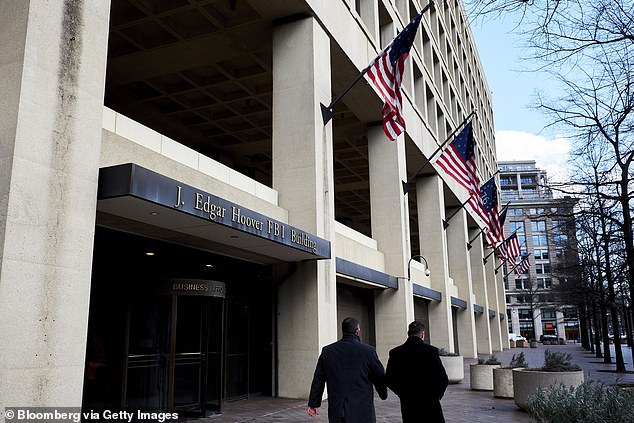 The FBI has recalled a number of its employees stationed overseas in Asia while it investigates reports of parties with prostitutes in at least a half dozen cities. FBI headquarters is seen in Washington, D.C. in the file photo above

National security officials are concerned that if reports of FBI cavorting with prostitutes are true, it could expose agents to blackmail by foreign adversaries.

The alleged parties with hookers are reported to have taken place in a number of cities throughout East and Southeast Asia.

This isn’t the first time that federal agents based overseas have been reported to patronize local sex workers.

In 2015, a Justice Department report found that Drug Enforcement Administration agents participated in ‘sex parties’ with prostitutes hired by local drug cartels in Colombia, according to .

The report found that local Colombian police provided ‘protection for the DEA agents’ weapons and property during the parties.’

Ten DEA agents admitted that they did, in fact, attend the parties which took place between 2005 and 2008. They received suspensions ranging from two to 10 days.

‘The foreign officer allegedly arranged “sex parties” with prostitutes funded by the local drug cartels for these DEA agents at their government-leased quarters, over a period of several years,’ the IG report stated.

The report was the product of an internal government probe into allegations of widespread sexual harassment and misconduct across a number of federal agencies, among them the FBI, DEA, the Bureau of Alcohol, Tobacco, and Firearms, and the United States Marshals Service.