Two-toddlers are lucky to be alive after wandering hand-in-hand along a busy highway as cars speed past them.

A three-year-old girl and her two-year-old brother were spotted walking along Xiamen Bridge, in east , last week.

They were rescued by Wang Shenfu, driver of the number 953 bus in the port city of Xiamen,  reported. 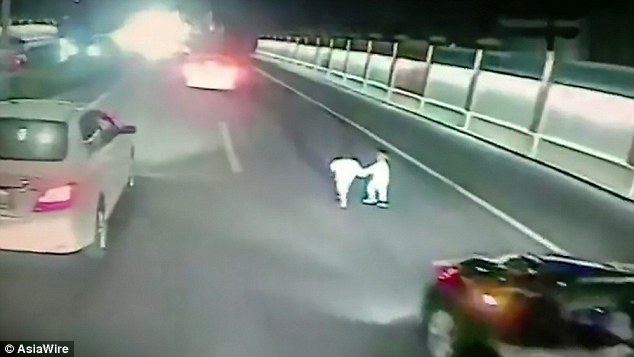 A car was seen following the pair with its hazard lights on before Mr Wang stopped, telling the tots to board his bus.

‘One of them wouldn’t stop crying when they got on the bus, but the passengers helped comfort them,’ Mr Wang said.

‘It was a very dangerous situation because of how small they were. I couldn’t just leave them there, so I had them brought aboard and drove across the bridge.’

He drove the children to the Xiamen North Railway Station where they were picked up by police and reunited with their parents.

The tiny tots were reported missing by their father at 8.11pm on October 4 – 45 minutes before the bus driver made his distressing call, police said.

They had walked 1.6 kilometres from Gaoqi North 2nd Road, where they had been with their parents. 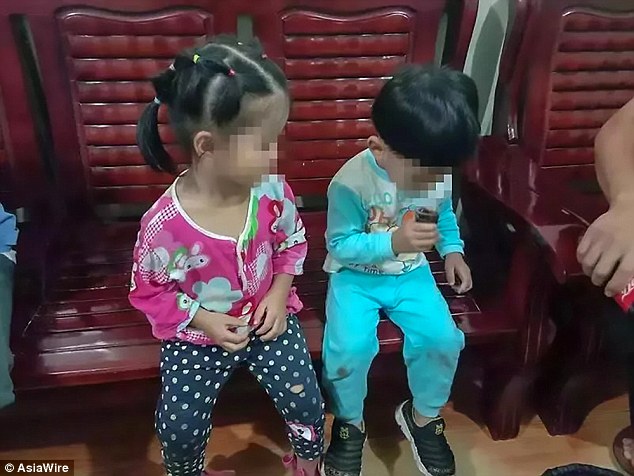 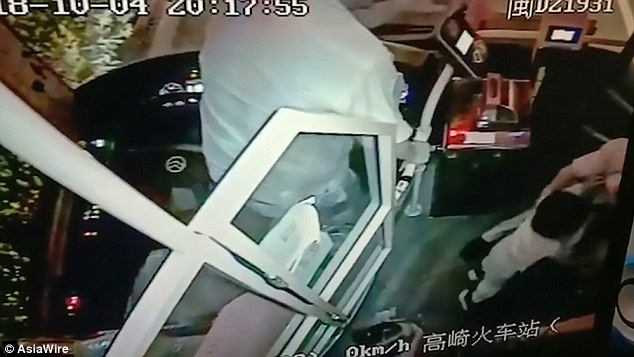 A bus driver stopped on the Xiamen Bridge and convinced the tiny pair to board his bus. Passengers comforted the children before they were reunited with their parents