A Kansas City man has been convicted in a drive-by shooting that killed a 3-year-old boy.

A Jackson County jury on Tuesday found 26-year-old Dominque Marchbanks guilty of second-degree murder in the May 2015 death of Amorian S.L. Hale.

The young victim died inside in bedroom after more than 20 gunshots were fired into his home, according to .

Prosecutors say Amorian was asleep when bullets from an assault-style rifle were fired into his family’s home.

A bullet struck the boy in the head, killing him instantly. 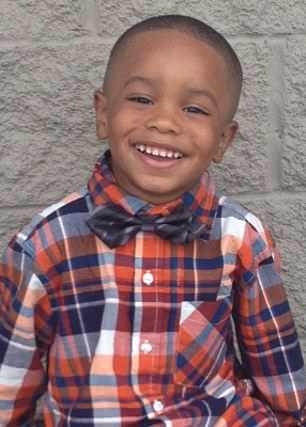 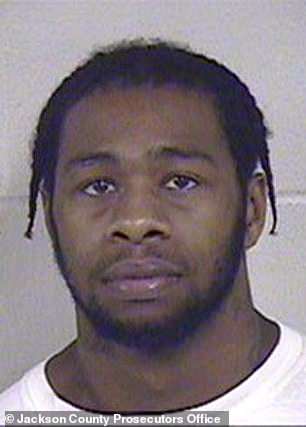 Dominque Marchbanks (right) has been convicted of murder in the 2015 shooting of three-year-old Amorian S.L. Hale (left) 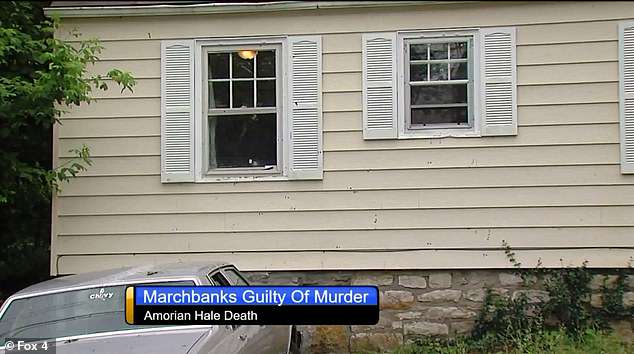 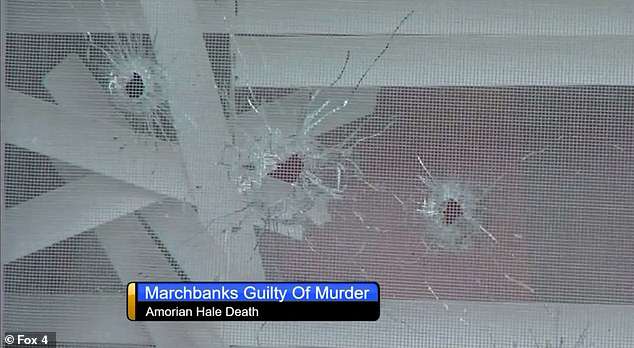 A photo from the scene in 2015 is pictured above

Marchbanks also was convicted of unlawful use of a weapon and armed criminal action.

‘We are very, very overwhelmed with the verdict,’ the victim’s mother, Monee McKinney, said in a statement seen on the  after hearing the verdict.

‘We are happy that they did go ahead and catch somebody who is guilty.’ 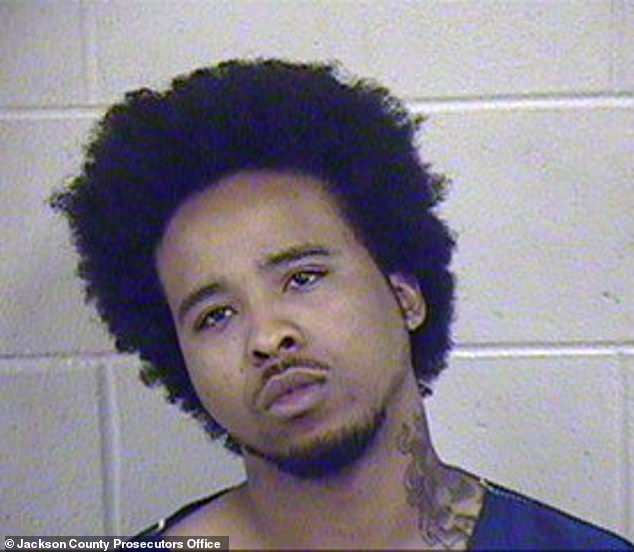 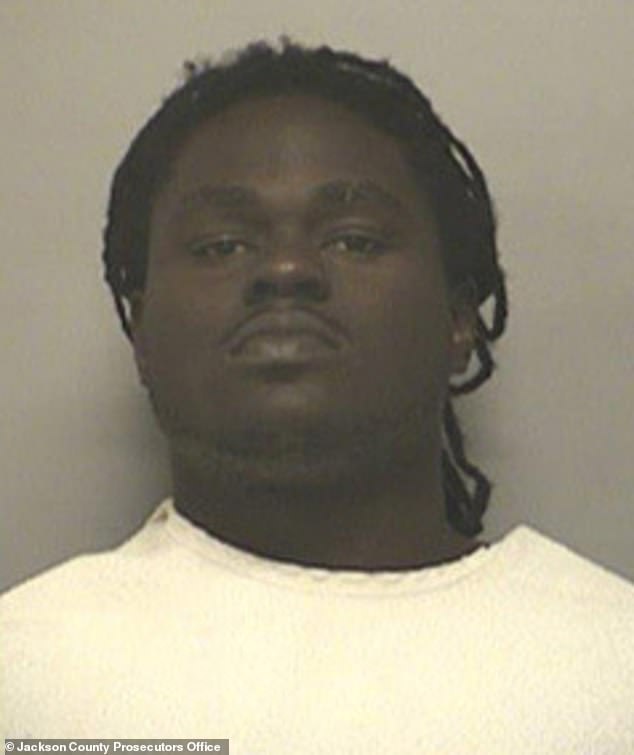 The victim’s grandfather, Eric McKinney, also said: ‘Hopefully that this will show the public that the police are here to help us and also they will catch you.

Right now I am just happy that this part is over.’

The Star reports that Marchbanks is the first of three men to go to trial in the case.

Murder charges are pending against SirTerry Stevenson and Sulif Wilkins.

Two adults and three other children in the home were not injured.