Senator Lindsey Graham said Monday night that he has ‘zero interest’ in accepting a presidential cabinet nomination, putting to rest rumors that he might be on a short list to succeed Attorney General Jeff Sessions.

‘I enjoy my job. I think I’m better at it than I’ve ever been. … I love representing the people of my state. I have zero interest in serving in ‘s cabinet,’ he said.

say Sessions’ chief of staff Matthew Whitaker is in a ‘grooming exercise’ for the gig and was to take over for Deputy AG Rod Rosenstein as a dry-run for the job until Rosenstein’s expected departure evaporated two weeks ago.

Trump also closed the door on a Justice Department appointment for Graham, telling reporters as he left the White House Tuesday afternoon for an Iowa rally that ‘I think he’s very happy where he is.’ 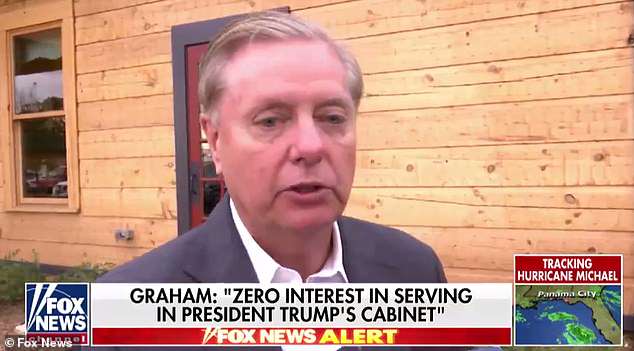 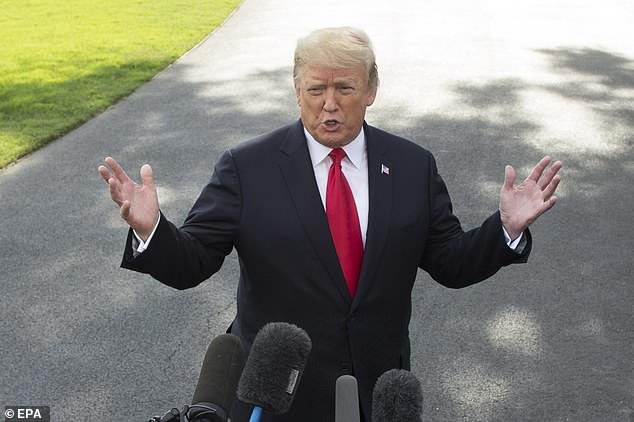 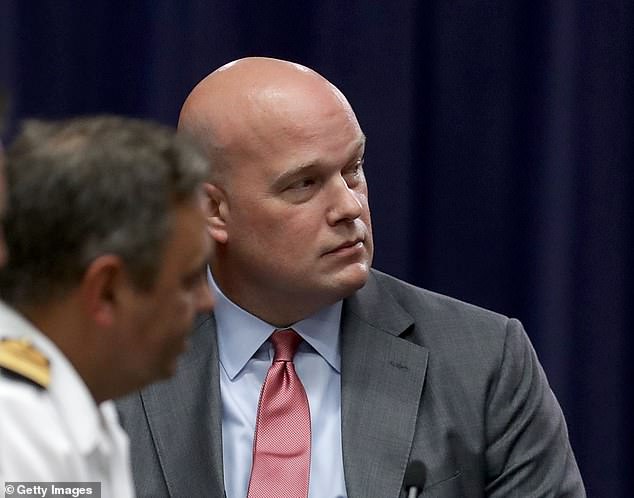 Justice Department chief of staff Matthew Whitaker is emerging as a serious contender for the agency’s top job if AG Jeff Sessions decides to leave, with officials saying he is in an extended ‘grooming exercise’ for the position– unless someone with a big name  and no political baggage wants it

Sessions’ unsteady future has been the subject of news stories and cocktail party chatter for months. Unfounded rumors two weeks ago about Deputy Attorney General Rod Rosenstein’s departure fed discussions of a wholesale shakeup at the top of the DOJ.

Rosenstein, however, appears to be staying. He rode on Air Force One to Orlanda, Florida and back on Monday, accompanying the president for a speech to police chiefs.

A farewell message to Rosenstein, drafted for Sessions, revealed that Sessions chief of staff Matthew Whitaker would have become the acting deputy.

A Republican Party official told DailyMail.com on Tuesday that Whitaker expected to be formally nominated to take the number-two job ‘as an audition for the top slot when Sessions decides it’s time for him to go.’

Whitaker, a former Iowa federal prosecutor, was also on a short list to replace White House Counsel Don McGahn last month, according to the news website. 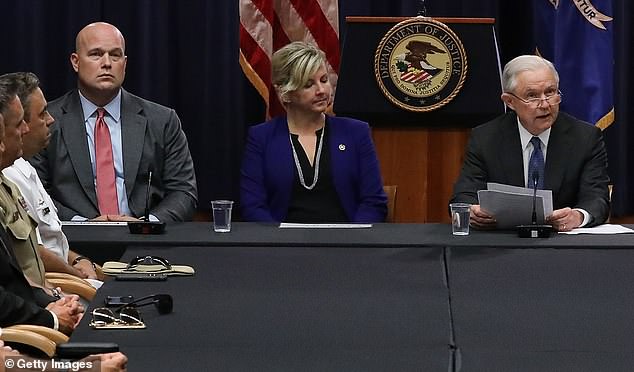 A senior Republican congressional aide added Tuesday that Whitaker was put in place to run Sessions’ DOJ office ‘as a grooming exercise.’

‘The feeling there is that he’s the heir apparent, that he’ll be the next attorney general, unless someone who’s bulletproof and has a big name wants the job,’ the aide said. 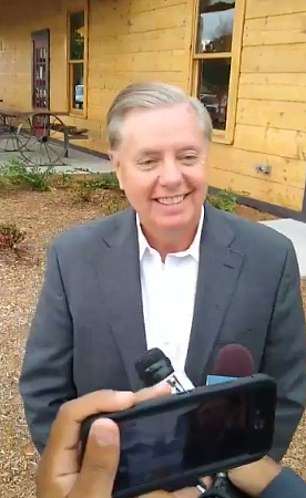 A Justice Department spokesperson declined to comment on Tuesday afternoon.

But Sen. Graham made it clear Monday night that he won’t step forward.

‘I think I can do more good for the country and help President Trump more effectively by being in the Senate,’ he said.

‘I will help him when I can, say no when I have to, and I’m going to continue to be South Carolina’s voice the best I know how to be.’

Graham communications director Kevin Bishop tweeted video footage of his boss ruling himself out of the top Justice Department job.

The senator has crossed swords with Trump in the past, and feuded openly with him during the 2016 campaign season. But this year the two men have enjoyed golf outings together and found a meeting of the minds about Supreme Court Justice Brett Kavanaugh’s confirmation process.

Graham’s fiery speech helped turn the tide in Kavanaugh’s favor during his September 27 showdown with sexual assault accuser Christine Blasey Ford, who claimed he had attacked her 36 years earlier. 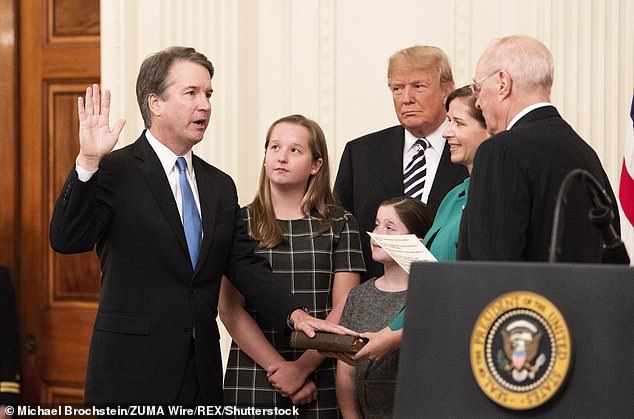 Graham says he hopes the sustained attacks on Kavanaugh, who is now seated on the Supreme Court, blow back on Democrats in the November 6 midterm elections

He erupted that the uncorroborated charges were a ‘sham,’ and accused Democrats of playing politics with the jurist’s reputation and family.

‘If you wanted an FBI investigation, you could have come to us,’ he boomed, glaring daggers at Senate Judiciary Committee Democrats.

‘What you want is you want to destroy this guy’s life, hold this seat open and hope you win in 2020.’

Graham said Monday night that he reassured Trump he had done the right thing by not withdrawing Kavanaugh’s nomination when the pressures mounted.

‘He was appreciative that I stood up for Kavanaugh. And I told him, “Mr. President, a lot of people would have abandoned this guy, but you did not. You stuck with him and I’m glad you did”.’

‘I think this is going to blow back on our Democratic friends,’ Graham added. ‘[It’s] going to hurt them. At least I hope it does.’

Oldest whisky still in the world is discovered at a medieval abbey in Fife
Pelosi: I'll give Trump NOTHING for a wall but if he wants to call anti-car fencing a wall he's can
Woman who called police to frame her cheating husband for burglary is arrested for drugs charges
101 highest paid CEOs America's biggest firms including those earning 1,000 times more than workers
Renee Zellwegger is mesmerising critics with her portrayal of Judy Garland
Jessi Combs' fatal jet car crash was caused by front wheel failure
First of its kind sex dolls ONLY club opens in Nevada but leaves neighbors scratching their heads
Emotional Ben Affleck reflects on his 'painful' divorce and alcoholism