Christine McGuiness was brought to tears on Wednesday’s instalment of Loose Women, after her doting husband Paddy paid tribute to her in a touching video.

Appearing on the show to promote autism awareness, 30-year-old Christine was surprised with a special message from her TV presenter husband Paddy, 45, who branded her an ‘amazing wife’ and ‘fantastic mother’ to their autistic twins.

Struggling to contain her emotions as she listened to the message, she responded: ‘I have to say he’s amazing too.’ 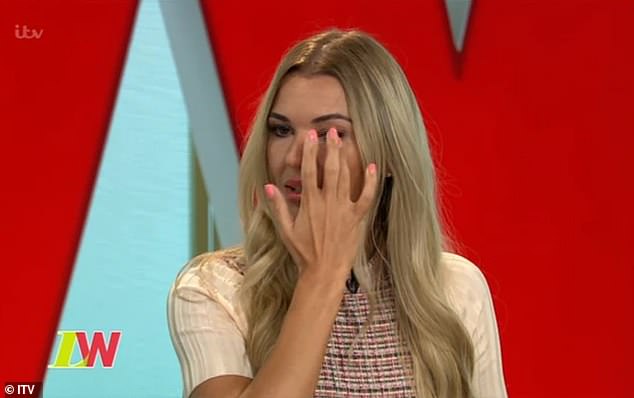 Emotional: Christine McGuinness broke down in tears during Wednesday’s instalment of Loose Women, after listening to a special video tribute from her husband Paddy McGuinness

The tears flowed as she continued about the challenges of raising the couple’s five-year-old twins, Leo and Penelope, explaining: ‘I find it easy with the children, yes it’s challenging but I just managed it but he struggled.

‘He’s so good but he has to be because he loves the children, but just getting his head around the fact we’ve got three children with a lifelong condition that we knew nothing about.

‘Nothing can prepare you for that, you have to learn on the job. He’s doing absolutely amazing.’ 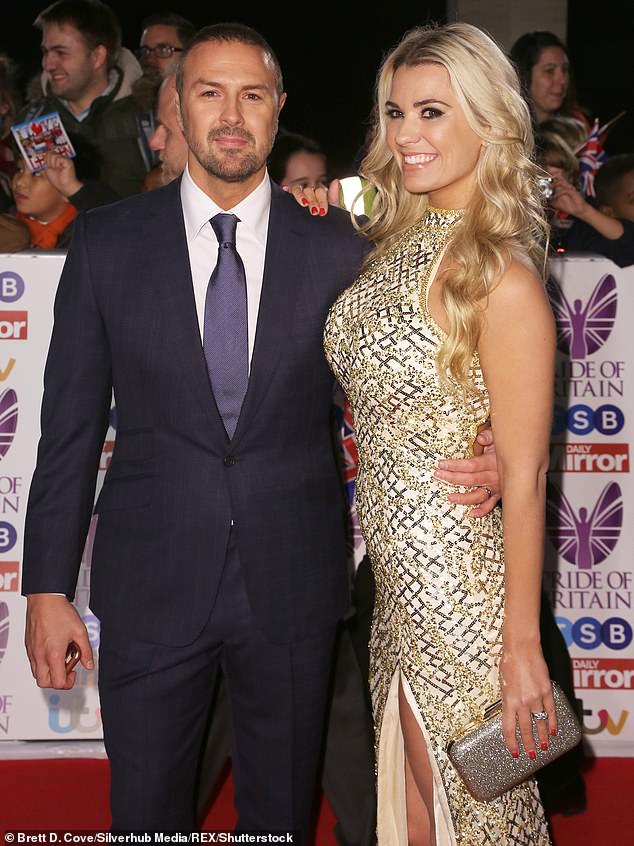 Denied: During her appearance, she also shot down recent reports that she and husband Paddy McGuinness are set to shoot a reality show on the challenges of raising their children 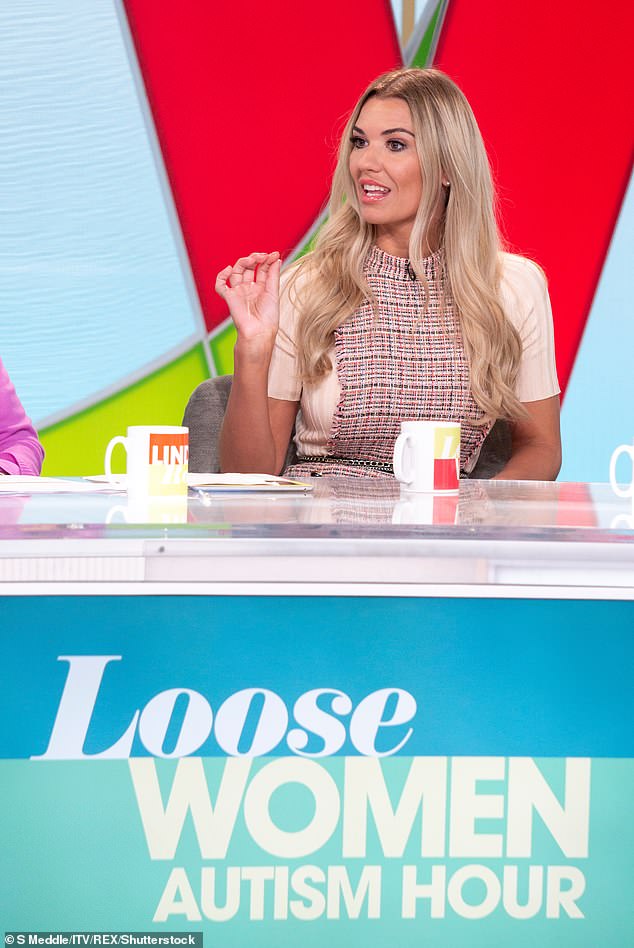 Raising awareness: The 30-year-old appeared on the ITV show to promote autism awareness 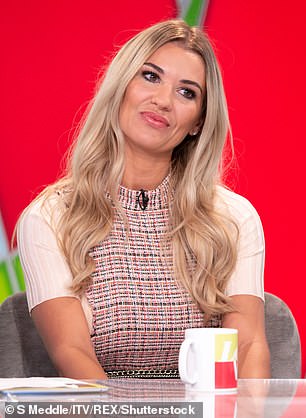 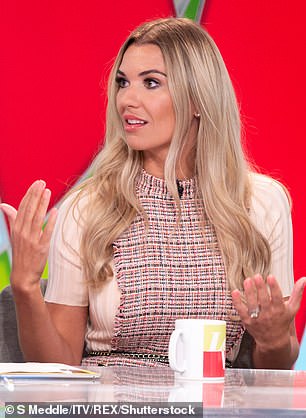 Struggles: Christine heaped praised on her spouse, who she says has ‘struggled’ in the past 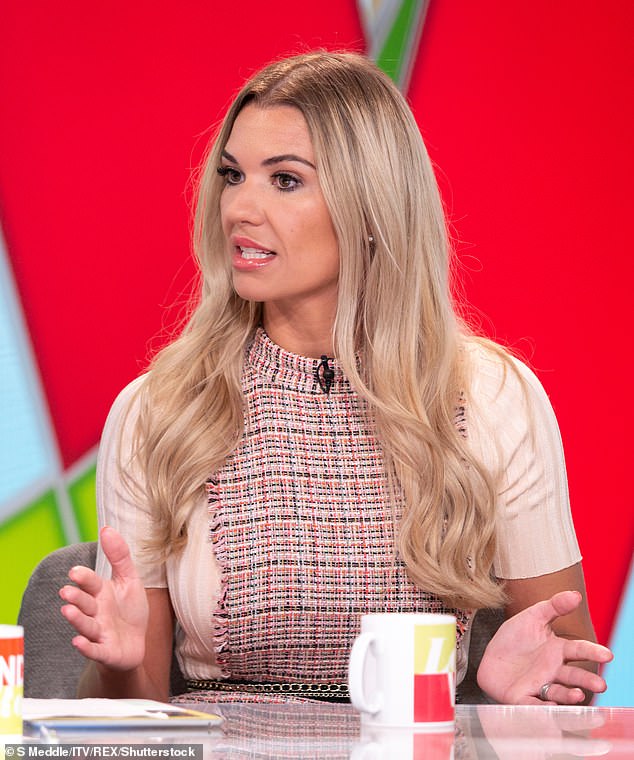 Learning experience: She admitted that the Take Me Out host is still ‘getting his head around’ the fact they’re raising children with ‘a lifelong condition that [they] knew nothing about’

She added of the Take Me Out host: ‘He only spoke about it recently. I think it’s harder for dads and men. We’ve always stayed so private anyway. We have a completely different world at home than when we’re doing what we’re doing.’

Paddy and Christine announced the twins’ condition on their fourth birthdays and have been candid about their family life while dealing with autism.

They also parents to two-year-old daughter Felicity, who Christine recently revealed has been showing signs of autism.

Last year, Paddy admitted he often ‘feels like he’s drowning’ when dealing with Leo and Penelope’s battle while his wife Christine revealed their ‘hearts break every day’ while watching the struggle their children face.

Speaking to , the couple admitted they are learning to live with the condition although there are days in which they feel defeated by the challenges. 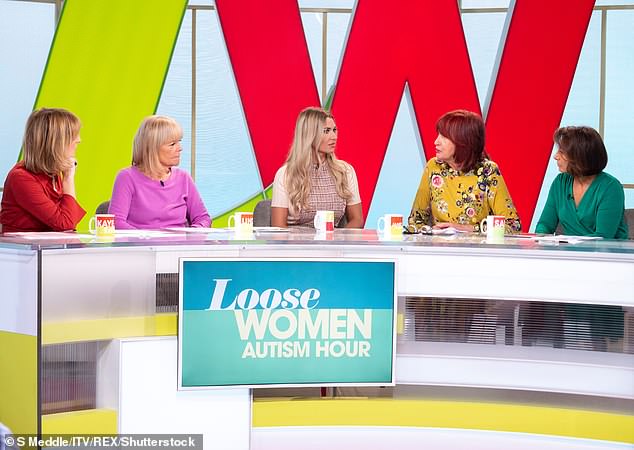 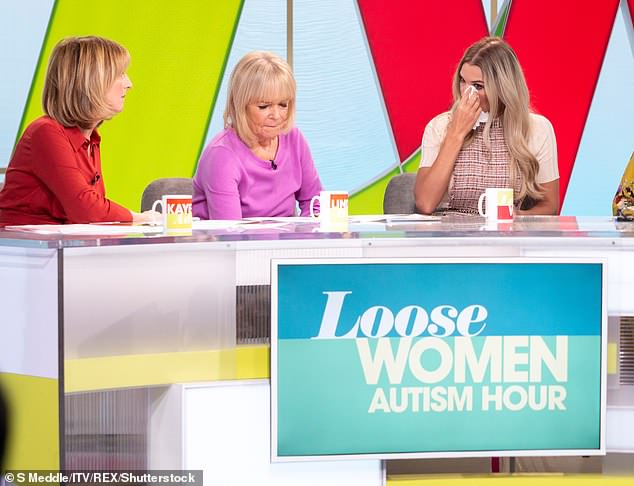 Weeping: She wiped away tears as she spoke about the unexpected challenges of motherhood 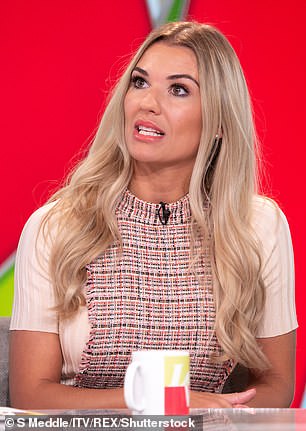 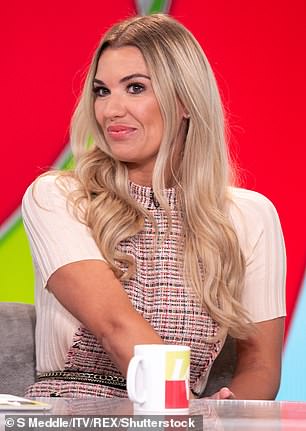 Cause: She has been an outspoken advocate for autism awareness since her twins’ diagnosis 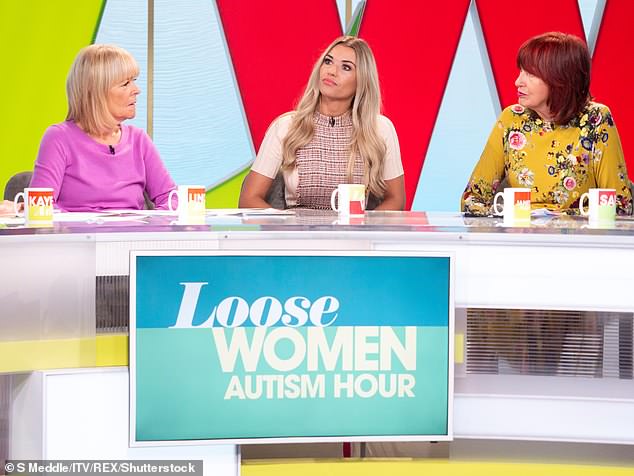 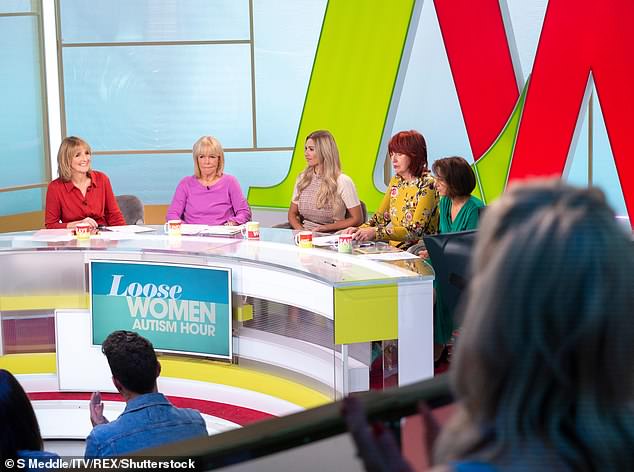 In his interview with the publication, Paddy said: ‘Some days, it feels like you’re slowly drowning. It’s like you’re under water desperately swimming up to get oxygen, but never getting there.’

Christine went on: ‘Every day our heart breaks’. Paddy admits facing life with the condition has caused him a constant black cloud over his happiness as he said: ‘When I hear the word ‘autism’ I just feel so unhappy.

‘I don’t like seeing how it affects my children. It upsets me so much seeing them getting so stressed out and frustrated. Every parent just wants their child to be happy and to protect them.’

Last month, Paddy took to Instagram to share a snap of Felicity, while adding the caption: ‘The struggle we had to get her in this dress!!! Happy 2nd Birthday Felicity McGuinness!!! Mummy and Daddy promise to get you shorts and a t-shirt next year. #Birthdaygirl #thebigtwo #daddiesgirl’. 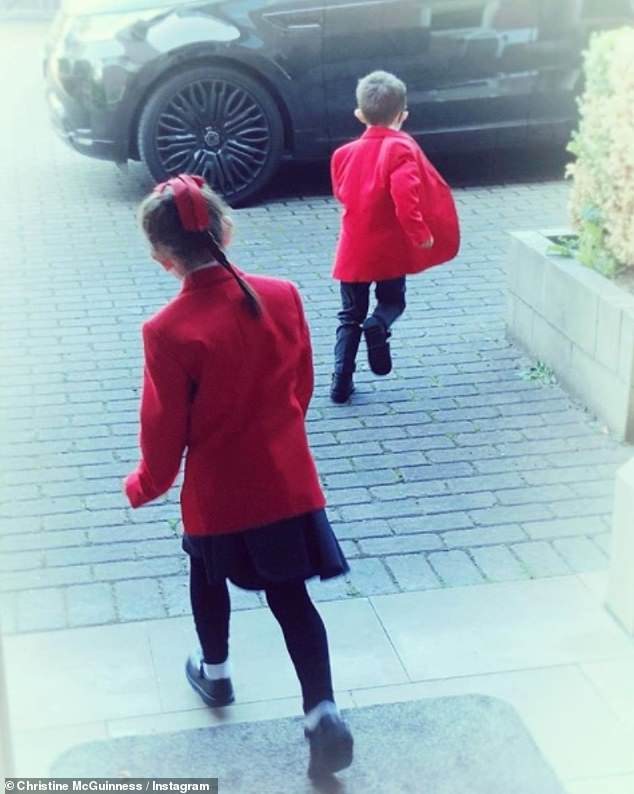 Candid: Paddy and Christine announced the twins’ condition on their fourth birthdays and have been candid about their family life while dealing with autism 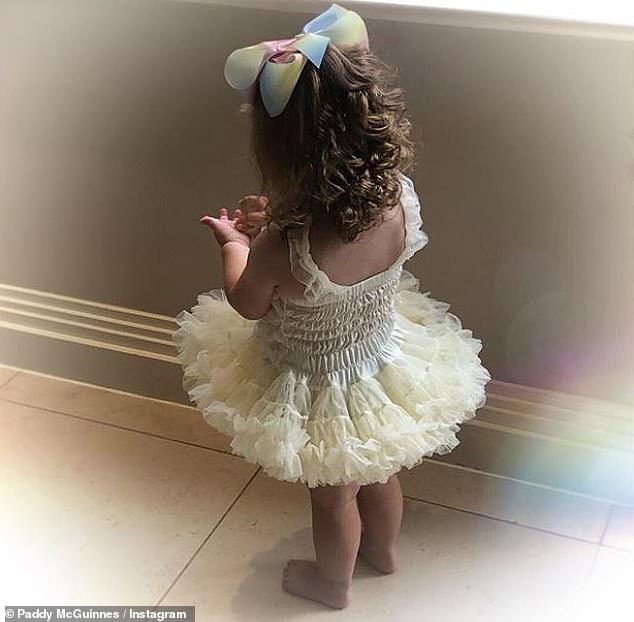 Sharing details: Christine has since been candid about the experiences they’ve had as a family 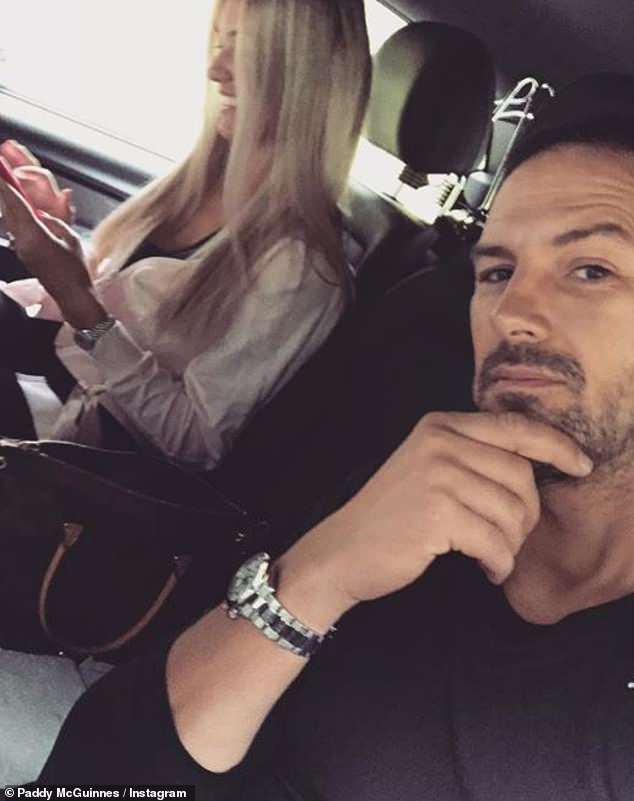 Struggle: Last year, Paddy admitted he often ‘feels like he’s drowning’ when dealing with Leo and Penelope’s battle while his wife Christine revealed their ‘hearts break every day’

May DELAYS Cabinet showdown over her Brexit plan amid legal wrangle
Church of England bishops to start inquiry into so-called ‘gay cure’ therapies
Royal Opera House tenor, 42, is axed after 'groping a female member of the chorus'
Now drivers face £200 for TOUCHING their phone while driving - as UK installs HD traffic cameras
Queen goes out amid Prince Harry and Meghan Markle crisis
Meghan Markle's first post-Megxit job will be a Canadian reality TV show
VE Day will be celebrated with message from the Queen and toast given by Joan Collins
Death toll from 'ISIS' gun attack in Afghan maternity ward rises to 24