And the drag queen, 36, revealed that she is hoping The Bi Life will help increase visibility for bisexual people, who Courtney describes as being the ‘largest’ but ‘least represented’ in the LGBTQ+ community.

In the show’s first promotional images released on Tuesday, Courtney, whose real name is Shane Jenek, looked sensational in a one-shouldered white dress. 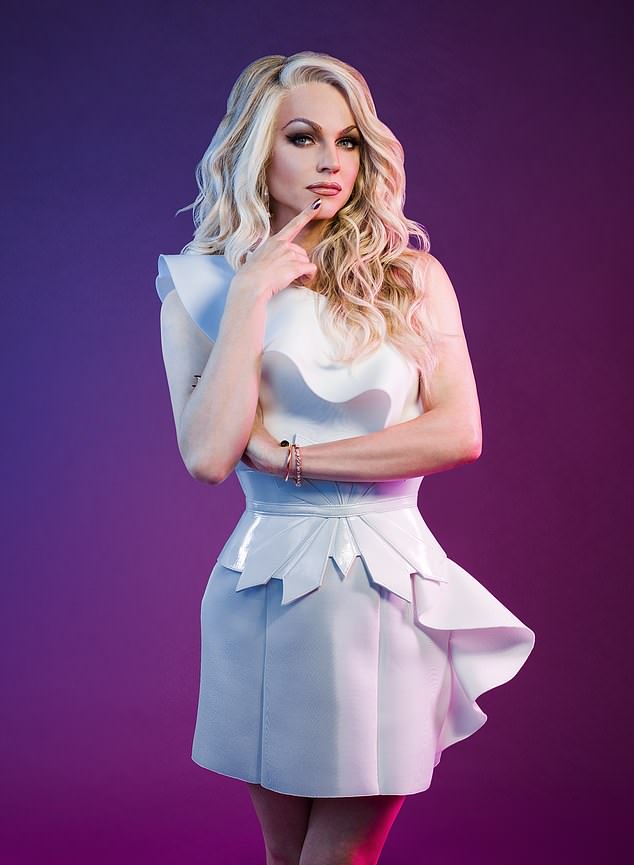 The Bi Life EXCLUSIVE: Courtney Act looked sensational in one-shouldered dress as she introduced the nine bisexual singletons looking for love on Tuesday

Looking perfectly preened in the outfit, Courtney, who also identifies as bisexual, accentuated her trim frame with a large statement belt.

The ten-part dating series sees the group of bisexual+ British singletons head to Barcelona, Spain, in the hope of finding love.

Like Love Island, the cast will live together, party together and help one another out as they date and meet new people, while trying to navigate the rocky road of bisexual+ dating. 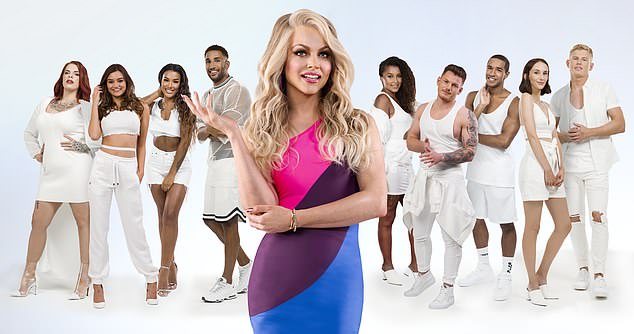 Speaking about the importance of the show, Courtney said: ‘In the visibility that The Bi Life is delivering, it might not be the most activist-y or advocate-y but there’s a group of people having genuine experiences.’

She added: ‘People are obviously obsessed with dating shows – look at the success of First Dates and Love Island. The cool thing about The Bi Life is there is something for everyone.

‘There is opposite sex people going on dates with same sex people. There’s trans experiences and all sorts of different dating experiences.

‘I think in the society that we live in [bisexuality] is misunderstood and a bit taboo and therefore I think people might want to watch.’ 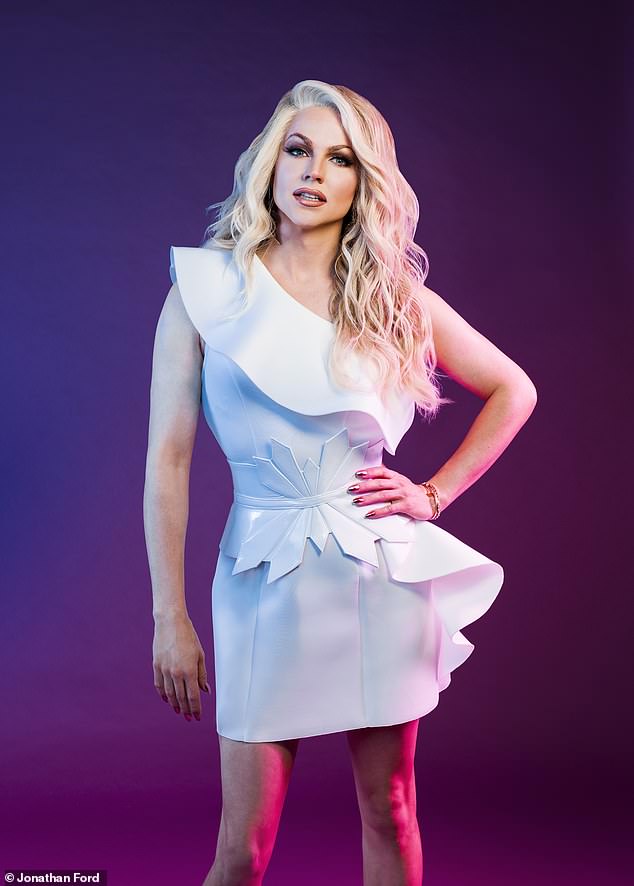 Key: On the show, Courtney said: ‘In the visibility that The Bi Life is delivering, it might not be the most activist-y or advocate-y but there’s a group of people having genuine experiences’

But, given how bisexuality can be misunderstood, Courtney was quick to admit that she had to make sure the show was done right: ‘Coming into it, I knew it was a reality dating show on E! and none of those things necessarily instantly make you think of a responsible, heart felt show about an important topic.

‘I was very clear that it [had to be] handled correctly and Monkey and E! were very much on board with that.’

Speaking about the taboo that can surround bisexuality, she added: ‘A real struggle for a lot of bisexual men is that women struggle with the idea of having a boyfriend who’s also attracted to men.

‘For a lot of women, the idea of a man being attracted to another man is a threatening or dangerous or off-putting idea.’

Done right: Given how bisexuality can be misunderstood, Courtney admitted: ‘I was very clear that it [had to be] handled correctly and Monkey and E! were very much on board with that’

She added: ‘The girls have all said it is really challenging to work out whether a girl is gay or straight or bisexual, whether there was interest or they were just being friendly.’

The singer will appear as both Courtney and Shane on the show, and of the part she will play in the singletons lives she said: ‘I’m more of a devil’s advocate or voice of reason asking questions.’

She then added: ‘In 2018 a lot of young people are identifying as pansexual but there’s [often] no understanding of the people who fought hard for their ability to like different genders in 2018.

‘There’s also something really lovely to watch about that, that these people are not reacting to that struggle, that they’re able to just be here and live their lives.’

The Bi Life will premiere on October 25th at 9pm on E! UK & Ireland.

THE BI LIFE: WHO ARE THE CONTESTANTS?

THE BI LIFE: WHO ARE THE CONTESTANTS? 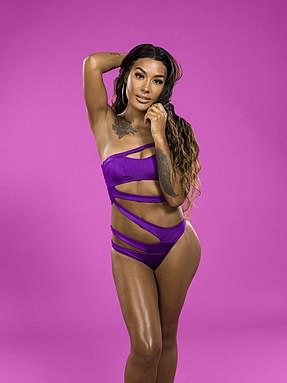 Advice to those coming out: ‘Just be honest. Speak to your loved ones, I’m sure they would understand and love you regardless.’ 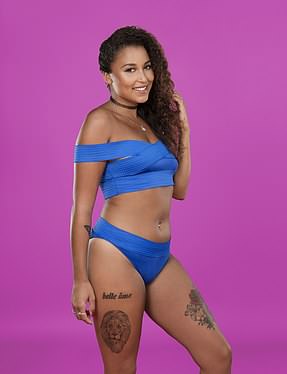 On being openly bisexual: ‘[It’s] the best thing in the world – I am no longer just stuck in a closet and neither do I feel embarrassed.’ 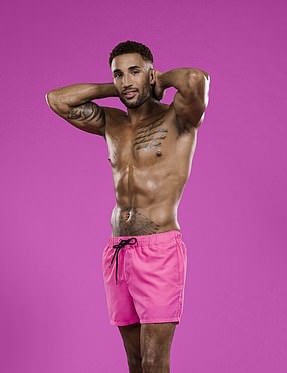 On being part of the show: ‘I think it’s good to be able to be yourself and show who you are and not be afraid to do that.’ 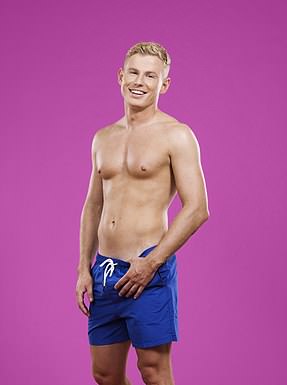 Advice to those coming out: ‘[Don’t] listen or be swayed by what somebody else is telling them and to just look into themselves for that answer. Don’t make hasty decisions.’ 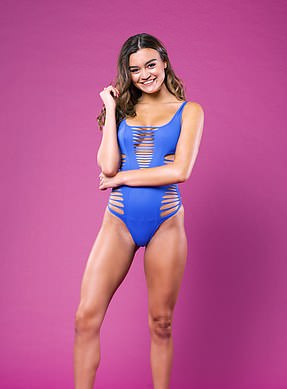 Why she’s on the show: ‘I’m on a personal journey of discovery, but if I fall for someone too then I’m completely open to that.’ 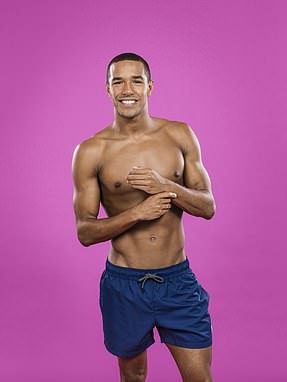 On taking part in the show:  ‘it is something I would never have dreamed I would ever have accepted in my lifetime, so it’s a risk.’ 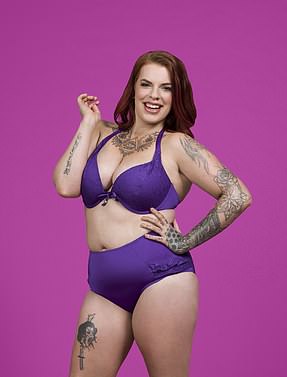 Why she’s on the show: ‘She has been hurt by previous relationships and she wants to let go of the past and find love.’ 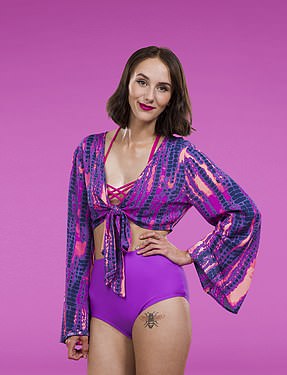 Why she’s on the show: ‘I want to actually feel like a bisexual. I’ve acted very straight for a while, so to be comfortable in it would be great.’ 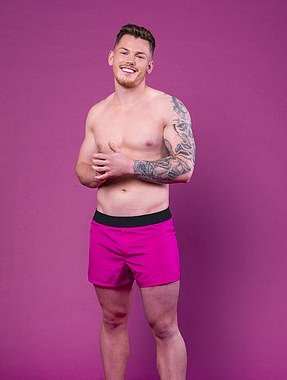 On being part of the show: He’s hoping his summer in the villa will be enough to make him realise there is life beyond the Valleys and he intends to explore it.