Kylie Jenner has a knack for being able to morph into anyone she wants.

In 2016, the 21-year-old siren dressed up as Christina Aguilera for Halloween and it was an instant hit.

And on Monday the Keeping Up With The Kardashians star adopted a hairstyle worn by another icon: 1950s sex symbol Marilyn Monroe, who is best known for her films How To Marry A Millionaire, Some Like It Hot and The Seven Year Itch. 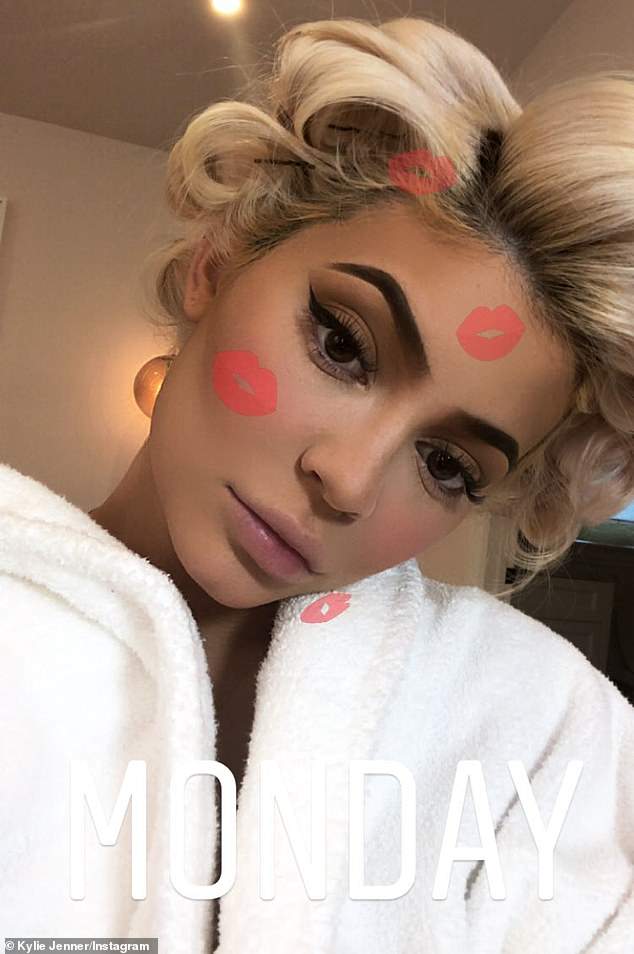 Hairstyles are a girl’s best friend: Kylie Jenner styled her locks like Marilyn Monroe’s on Monday in this Instagram Story 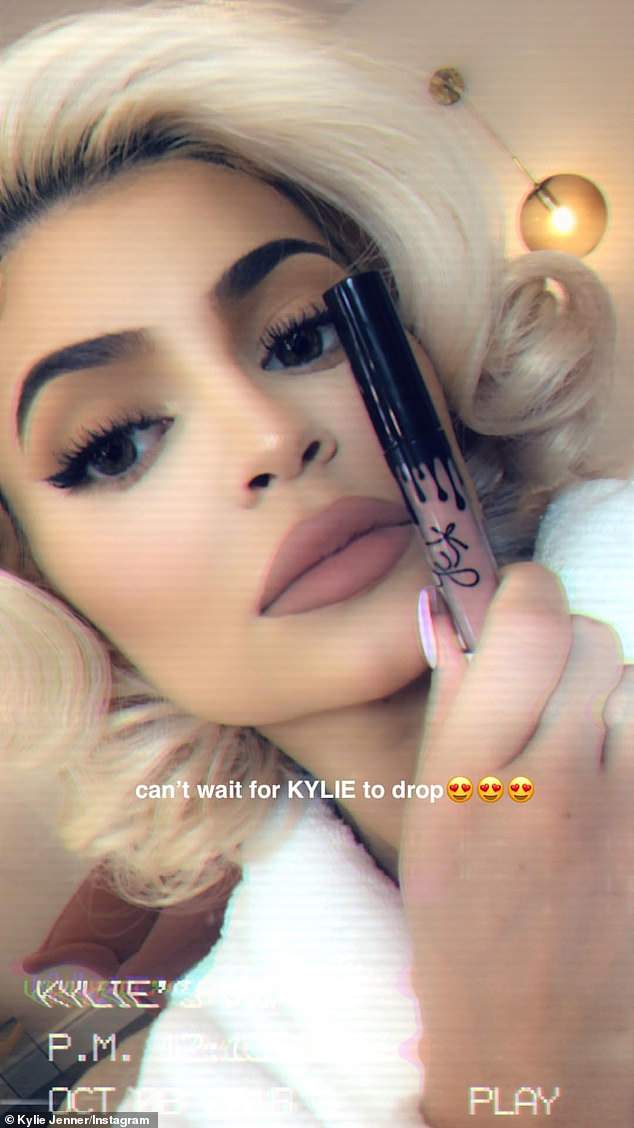 All for her brand: The reality TV standout was plugging Kylie Cosmetics

Kylie had her bleach blonde locks curled into tight waves and not brushed out, a look Marilyn popularized over 60 years ago. 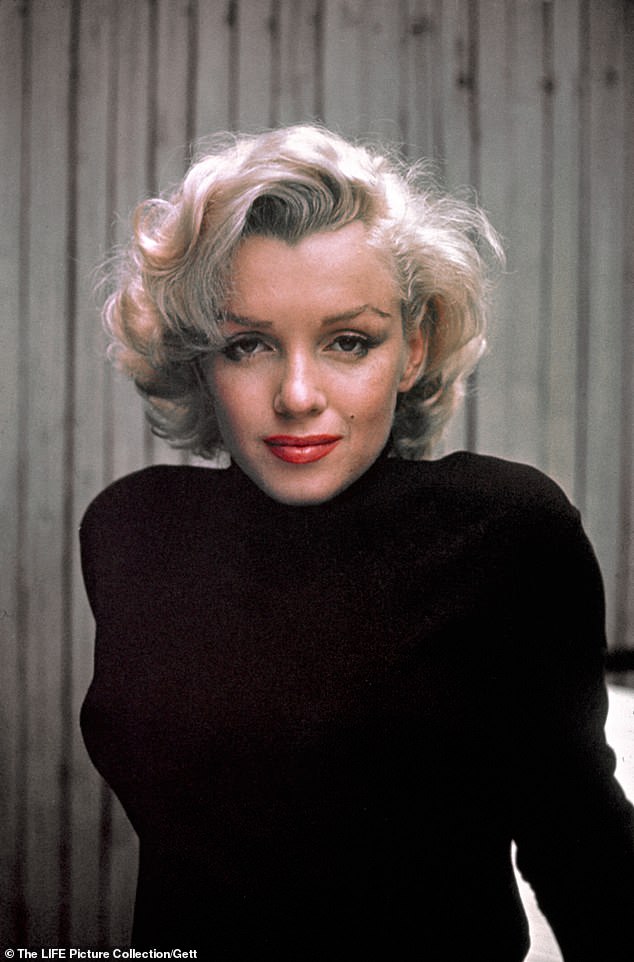 This posting comes after the Life Of Kylie star said she wants another baby in the near future.

She is hoping for a girl, and has already started thinking about names.

Answering questions from fans on Snapchat, Kylie was asked ‘Am I going to have another baby?’

She said: ‘I want another baby but when is the question and I’m definitely not ready  right this second. And I don’t know when I will be.

‘But yeah when I do I would love to share more of that with you guys.’ 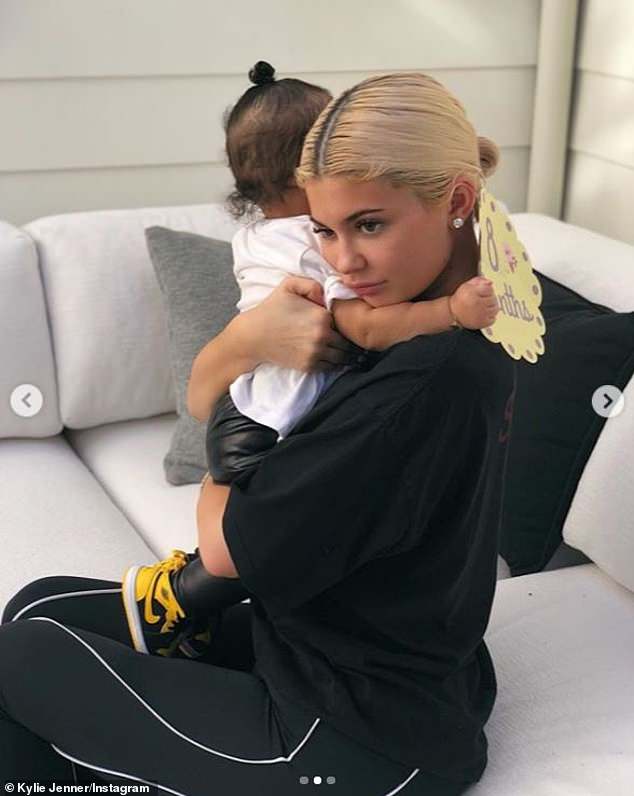 She will get pregnant again: This posting comes after the Life Of Kylie star said she wants another baby in the near future. She is hoping for a girl, and has already started thinking about names

The mother of daughter Stormi, eight months, was then asked what she would name her second child.

‘I have [been thinking about names] but I haven’t found anything that I love love. But i definitely want another girl, hopefully, but I want her to have a feminine name.’

Kylie was next asked: ‘Who does Storm remind you the most of in your family?’

She replied: ‘I think that her personality is just like Kendall and her dad, she is just like her dad, but she does look like me, so.’

Kylie, who also shared a video of herself showering Stormi with kisses, said the infant was a daddy’s girl.

‘She is obsessed with her dad though, they have this crazy connection and she’s definitely a daddy’s girl it’s cute to watch.

‘When dad’s around it’s like I’m not even there. But it’s cool, whatever.’