A group of friends have spoken out about their stay in a ‘horrendous’ budget hotel, which they claimed had carpets so dirty guests had to put towels down to walk on, cigarette burns on curtains and rotten food in the kitchen.

Matt Bakes booked a room at The Ashfield Hotel in Huddersfield for a one-night stay with two friends on Saturday, after he was impressed at the photos on its website and the £53.50 fee for a room.

But the 33-year-old was shocked at what he found, describing stained wallpaper hanging off the wall, surfaces covered with dust – and even no staff around to complain to. 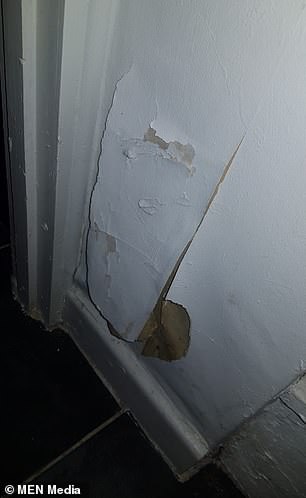 Matt Bakes, 33, booked a room at The Ashfield Hotel in Huddersfield for a one-night stay with two friends on Saturday, but was shocked at the state he found it in

‘We wanted somewhere fairly cheap and came across the hotel’s website which looked nice,’ he said. ‘When we got there we could not believe it. It was absolutely horrendous.

‘The wallpaper was hanging off, there was thick dust everywhere and the walls were stained. There were cigarette burns in the curtains and on a lampshade. The headboard was hanging off.’

Mr Bakes, who was visiting Huddersfield from Bridlington for a night out, complained to the hotel via email.

‘I have just returned from a night at your hotel – you should be absolutely ashamed with the state of the place,’ he wrote.

‘Your website is totally misleading and looks nothing like what you get when you check in… the carpet was vile… we laid towels on the floor so we didn’t have to walk on it.’

‘There was tea and coffee in the room but no kettle or cups. And the communal kitchen was grotty with tubs full of rotting food.’ 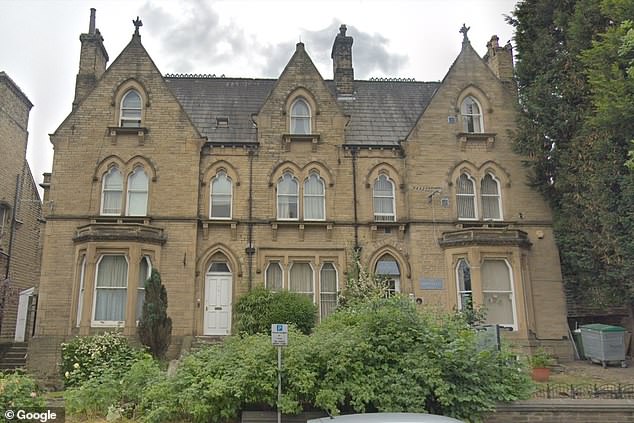 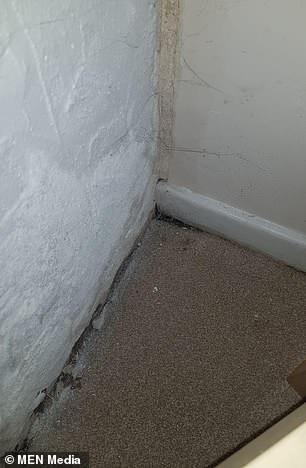 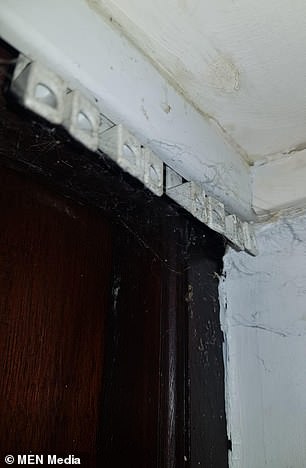 The customer, who was in Huddersfield for a night out, found stained walls and surfaces covered with dust, dirt and cobwebs 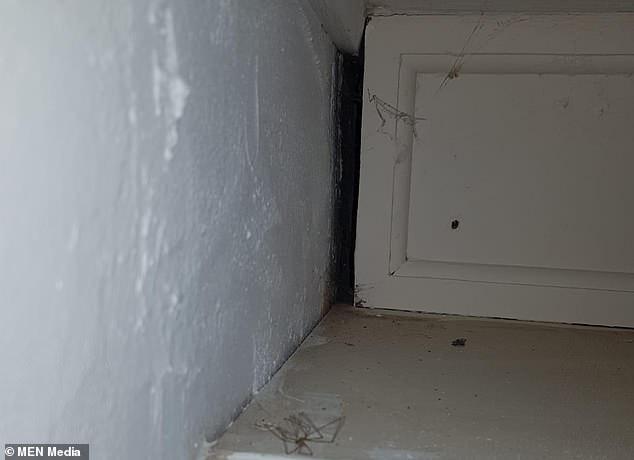 Mr Bakes complained to the hotel via email and attached these disgusting pictures, which include this close-up of a dead spider on one of the shelves

A spokesman for the hotel said Mr Bakes would be receiving a refund and an apology.

She said work to improve the rooms had been taking place but had yet to be done on room 102, where Mr Bakes had stayed.

Send your hotel horror stories, with photos, to rory.tingle@mailonline.co.uk

‘I have seen the pictures [taken by Mr Bakes] and it is not acceptable. I will be disciplining the cleaning staff. For the room to be in that state, they have not done their job properly.’

The spokesman said further improvements would be carried out on the rooms over the coming months.

‘We are renovating each room, one at a time. We have made a start on some.’ 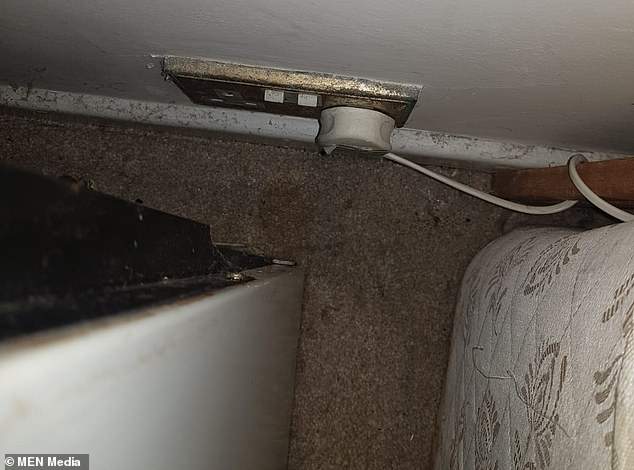 A spokesman for the hotel said Mr Bakes would be receiving a refund and an apology. Pictured: A filthy electric plug next to a carpet covered with brown stains 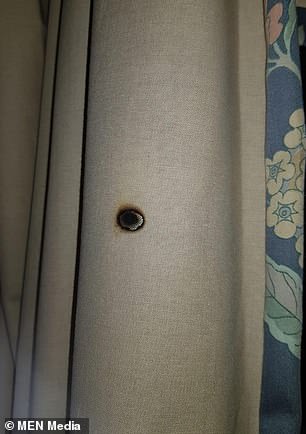 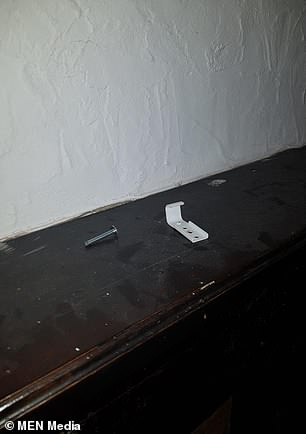 The hotel has a two out of five rating on TripAdvisor, with the last review from a week ago calling it ‘pretty poor’.

Another said ‘avoid at all cost’, claiming it was ‘not fit for humans’.

Asked about negative reviews on TripAdvisor, the spokesman said she rarely checked them as the hotel preferred customer reviews on Booking.com

‘We have made improvements and these are reflected in the reviews on Booking.com.’ 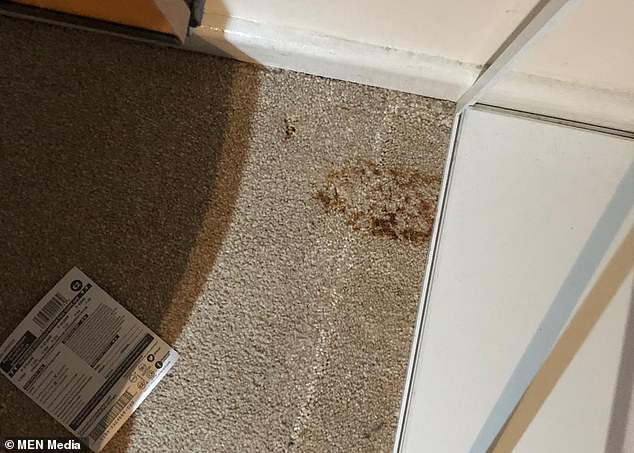 The hotel has a two out of five rating on TripAdvisor, with the last review from a week ago calling it ‘pretty poor’. Pictured: A suspicious brown stain on the carpet next to a scratch card