The heartbreaking final post that newlywed Amy Steenburg made to her husband just days before their were killed in a horrific limo crash has been revealed.

Amy, who married Axel Steenburg on June 30 this year, wrote the gushing post on October 3, thanking her husband for ‘being so kind and loving’.

‘I just wanted to say Axel Steenburg I love you more than words can say!’ read the post.

‘You are such an amazing man and entertain all my crazy ideas. Even when I move a couch just to move it back to the original place. Thank you for being so kind and loving xo’. 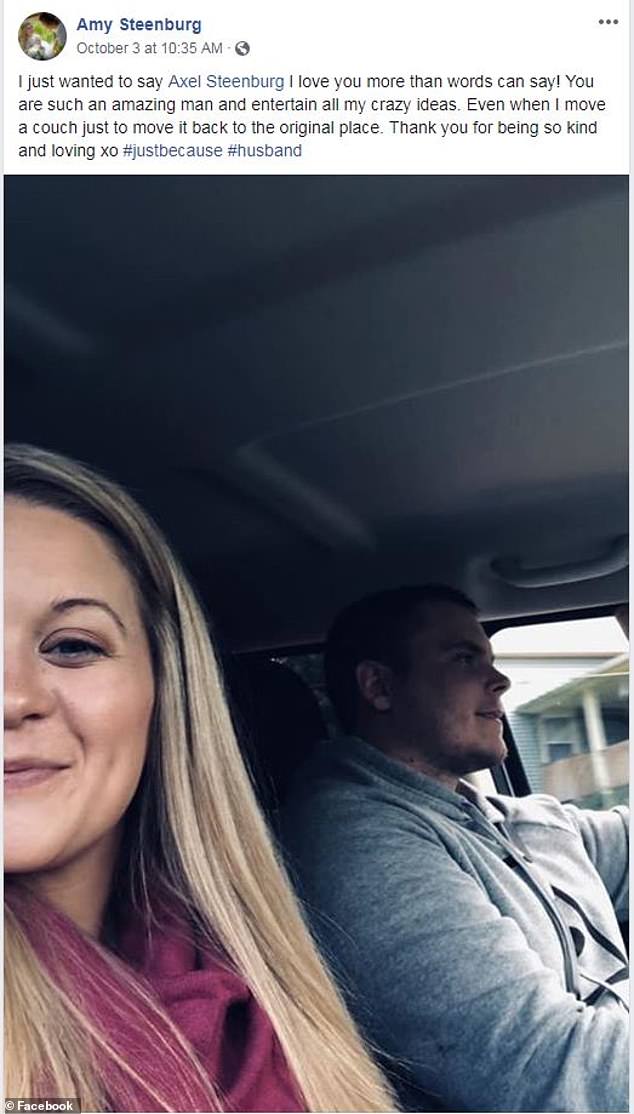 Amy, who married Axel Steenburg on June 30 this year, wrote the gushing post on October 3, thanking her husband for ‘being so kind and loving’ 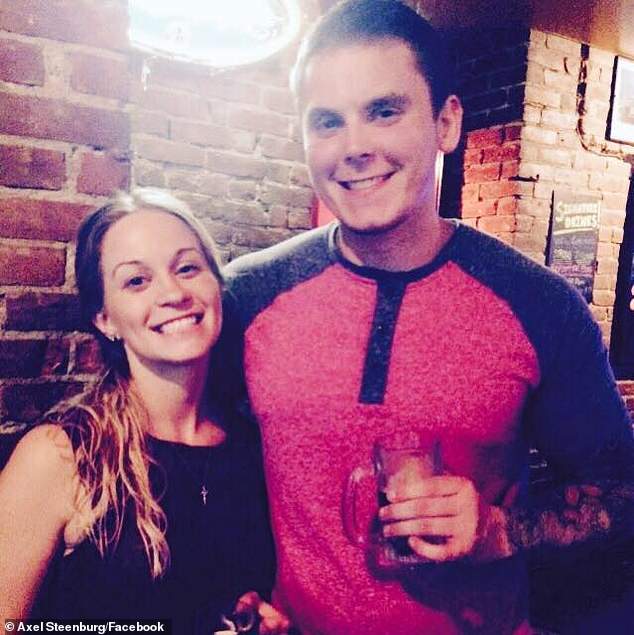 Amy, 29, and Axel Steenburg, 29, had hired the limousine to celebrate Amy’s 30th birthday

The touching message, which was accompanied by a smiling selfie of the couple, was to be Amy’s last Facebook post.

Three days later, while on route to celebrating her birthday with her husband, family and friends, their party limo lost control and went careening over an intersection and hit a parked car outside a small country store in the town of Schoharie, near Albany, on Saturday afternoon.

The crash killed all 18 people in the white limousine, including the driver, and two pedestrians. All 20 victims were adults. 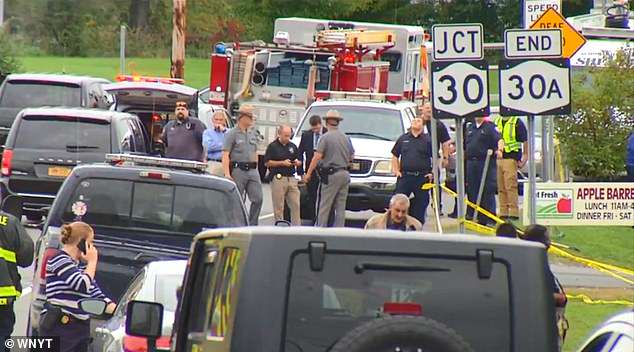 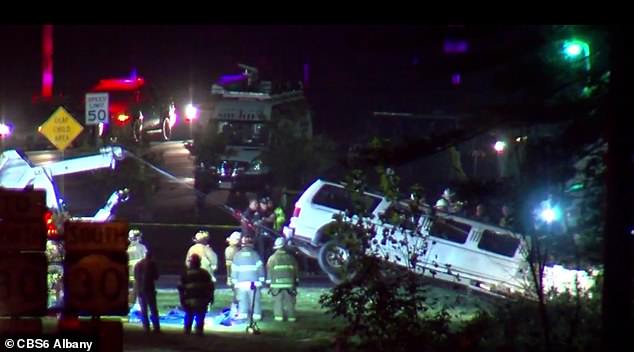 The party limo which crashed killing 20 was a last-minute substitute for a hire van. Pictured is the limo being hauled out of the ravine it drove into on Saturday 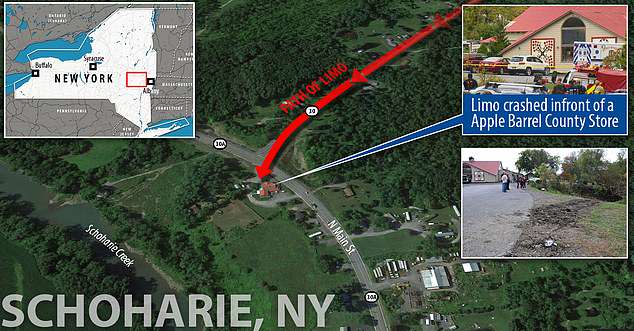 New York State Police said the 2001 Ford Excursion limousine failed to stop at the intersection of State Route 30 and State Route 30A around 1.55pm on Saturday in Schoharie, near Albany

Amy, 29, and Axel Steenburg, 29, had hired the limousine to celebrate Amy’s 30th birthday.

The couple, who only got married at St. Stephen’s Church, Hagaman, in June this year, had met in the summer of 2015.

Axel, who worked in senior technology and development technology at Global Foundries, a semiconductor manufacturer, took Amy, who was studying nursing at the time, lived together in upstate New York with their bull mastiff puppy Lady. According to their wedding website, they loved trying new breweries and traveling, planning to visit Ireland for their honeymoon.

She is the youngest sister of the four who were all killed in the Saturday afternoon crash. 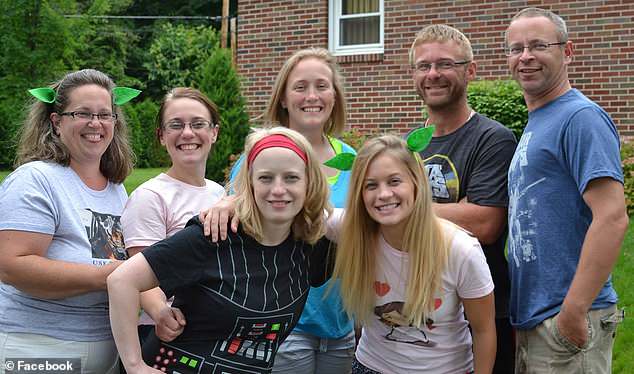 A family ripped apart; Pictured are sisters Allison King (back row, second from left) Abby Jackson (front left), Amy Steenburg (front right) and Mary Dyson (back row, on the right of Allison) were all killed in the Saturday crash 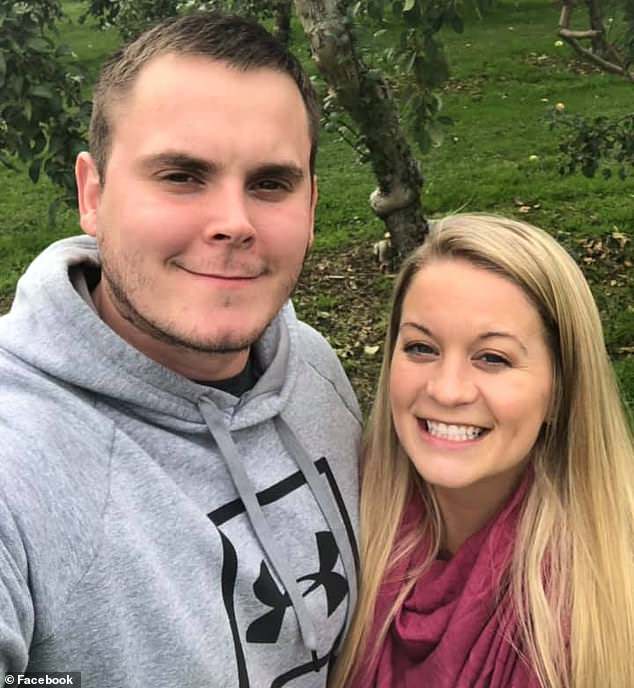 The couple, who only got married at St. Stephen’s Church, Hagaman, in June this year, had met in the summer of 2015

Steenburg’s older brother Rich, 34, was also among those killed, the Times reported.

‘It is beyond devastating for everyone who knew them all,’ Andrea Hojohn Orokos wrote of the brothers on a GoFundMe page for the siblings.

Lester Andrews, stepfather to Axel and Rich Steenburg, said when he went to pick up Axel’s dog on Saturday night, he saw dozens of cars parked in front of his stepson’s house.

Lego for adults? It COULD help you build a wall against anxiety
Trump tears into ISIS envoy who quit early and rants about his Republican critic 'Little Bob Corker'
Kevin Spacey's alleged sexual assault victim recorded him on Snapchat
Jason Priestley's in 'so much pain' as he speaks out for the first time following Luke Perry's death
Harvey Weinstein got Hillary Clinton to try and stop expose, used Matt Lauer dossiers, called Woody
Fans react to Australian actress Abbie Cornish's unexplained absence from Tom Clancy's Jack Ryan
Some things never change! Families recreate their most embarrassing childhood photographs
Donald Trump pledges to send in the national guard into Washington, California and New York