Teigan and Alex McKinnon have announced the birth of their baby daughter.

The former NRL star, 26, who was left paralysed and wheelchair-bound after a devastating on-field incident in 2014, revealed the news on social media on Monday.

‘Harriet Anne Mckinnon, 7-10-2018,’ McKinnon posted on  alongside a picture of his newborn daughter.

Teigan, 24, shared a snap of the happy family which she captioned: ‘When 2 became 3.’ 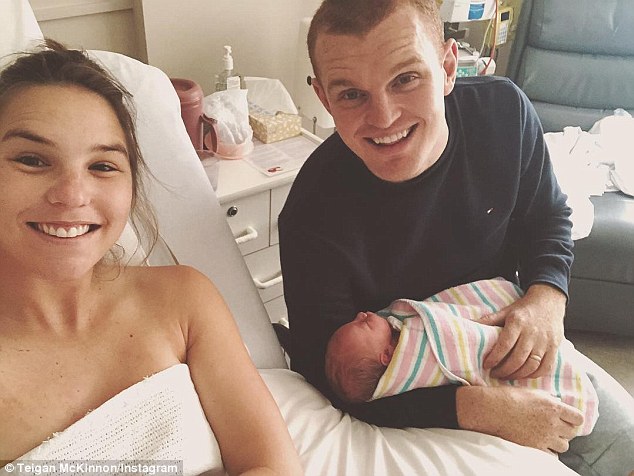 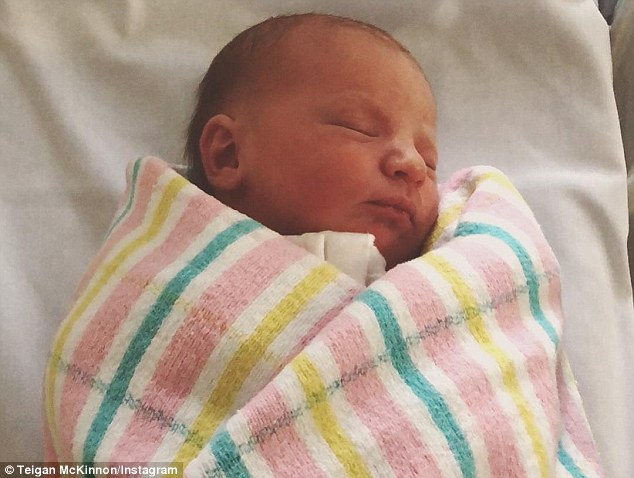 ‘Harriet Anne Mckinnon 7-10-2018,’ Mckinnon posted on Instagram alongside a picture of his daughter

Harriet was born just one day before the couple’s first wedding anniversary.

The former Newcastle Knights forward – who suffered a spinal chord injury and was diagnosed a quadriplegic – previously spoke of his hopes of one day having a baby.

‘One of the first things Alex wanted to know after the accident was whether we could have kids one day, because he didn’t want to miss out on that,’ Teigan previously said. 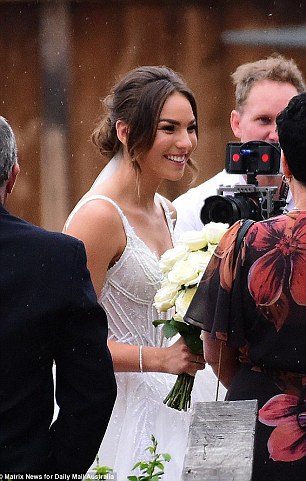 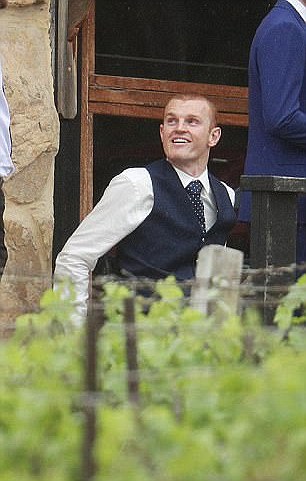 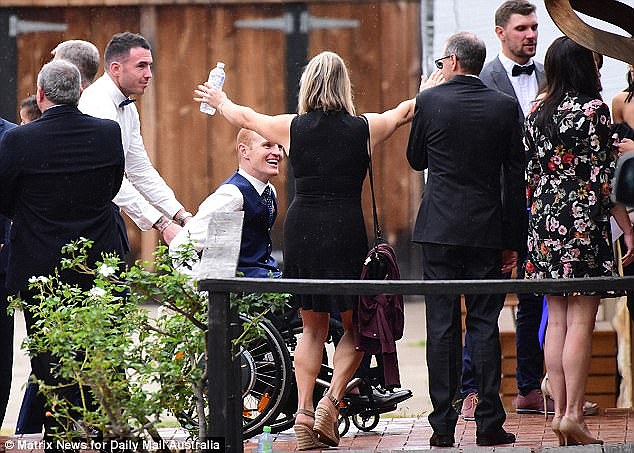 ‘So we went to see a fertility specialist and it seems there’s a great chance, because he still creates sperm.’

McKinnon proposed to his long-term partner from his hospital bed just days after suffering the injury and vowed to be on his feet when they married.

He kept his promise when they wed in the New South Wales Hunter Valley last year.

Teigan has shared progress of her husband’s rehabilitation and, just days before their wedding, shared a video of McKinnon walking with the help of a frame.

‘So proud of all the hard work Alex McKinnon puts into his rehab,’ she said. 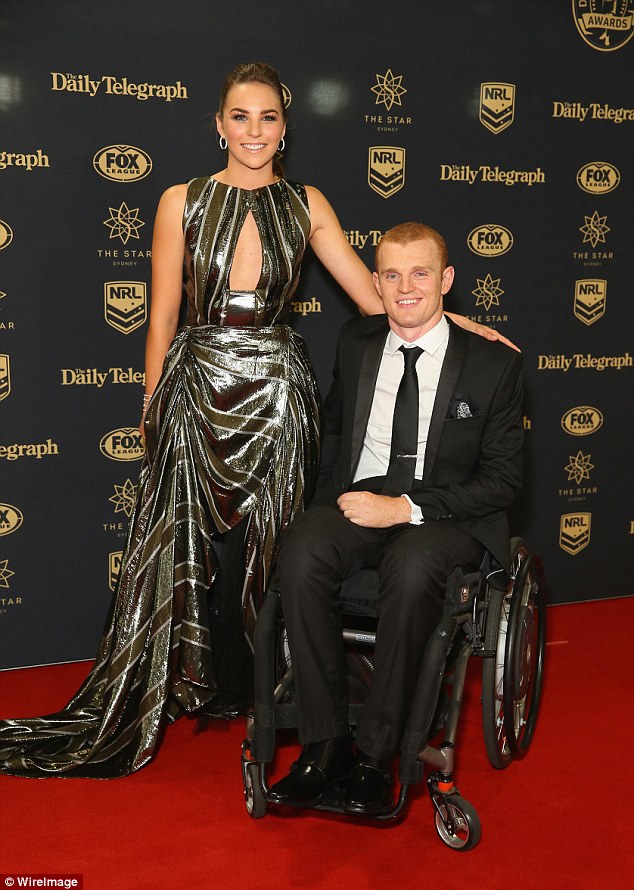 Teigan Power and Alex McKinnon arrive ahead of the Dally M Awards at The Star on September 27, 2017

‘A lot of people with spinal cord injuries aren’t improving three years down the track,’ he told Fox Sports.

McKinnon revealed he had long carried ‘hate’ and ‘frustration’ over the on-field incident, but said he had moved on from the matter as he continued his physical rehabilitation.

He said he wanted to meet with Melbourne Storm player Jordan McLean, after forgiving him for the tackle that left him wheelchair-bound.

McKinnon, who played 49 NRL games for St George Illawarra and the Knights, has rarely spoken publicly since the life-changing moment in 2014. 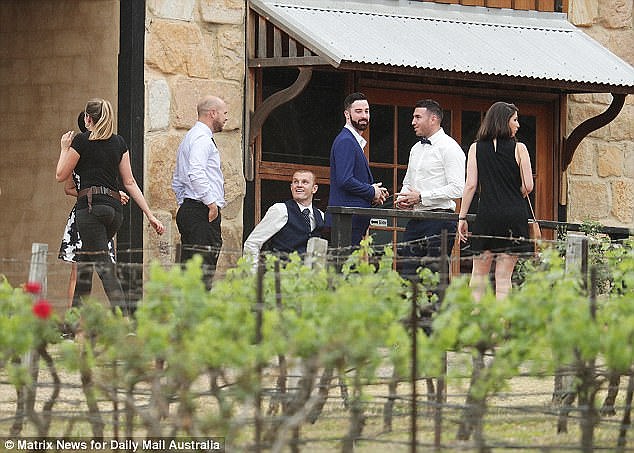