More than two dozen Cuban migrants who traveled to the Florida coast in a makeshift wooden boat with hopes of a better life have been rounded up, hours after they landed and jumped from the ship in search of cover.

The U.S. Coast Guard said that 27 migrants, including some children, made it to the Virginia Key, Miami coast around 1.30pm on Sunday then made a run for it.

According to the migrants, they started their journey on September 27 and traveled for 10 days in the tiny boat that took three weeks to build by hand, and they got lost along the way. 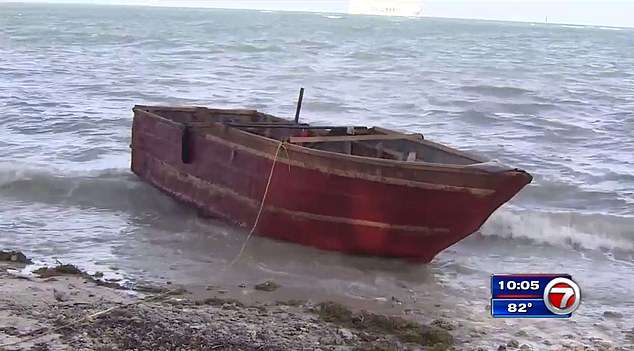 On Sunday 27 migrants landed in Miami, Florida after spending days traveling in a rickety, wooden boat from Cuba. The migrants made a run for it, but 15 were detained hours later 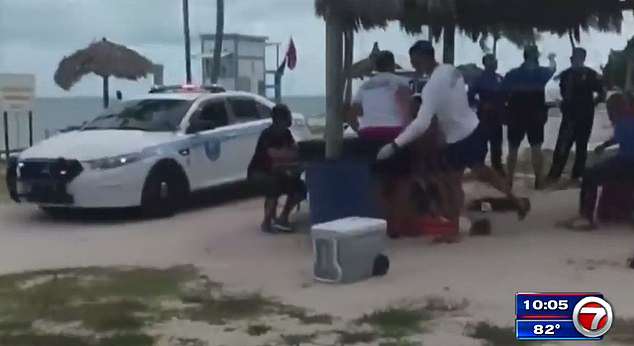 Police were soon alerted and a massive air and land search was launched for the migrants. As of Sunday evening 15 of the 27 were detained 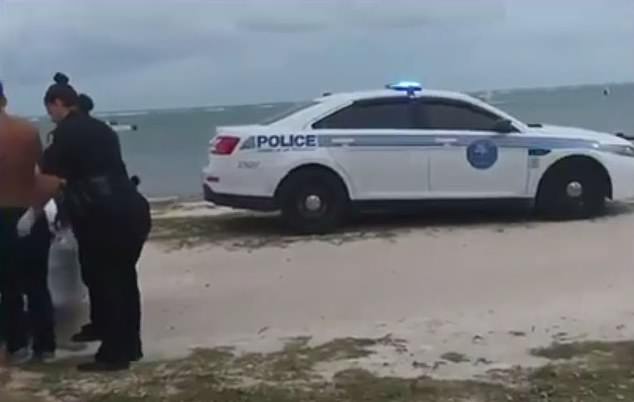 Police made their arrests shortly after the migrants landed at Virginia Key around 1.30pm on Sunday after spending days in the ocean 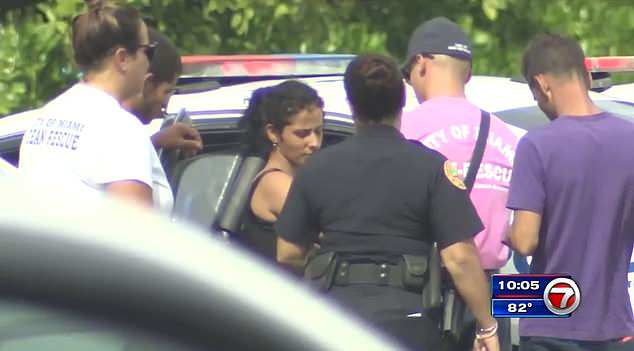 The U.S. Coast Guard said 15 of the 27 were arrested and a search is ongoing for the others

The boat was tiny and painted red. Inside water was seen on the floor as well as strewn clothing items, empty water bottles, and a shoe – discarded items left behind as the migrants rushed onto the beach.

‘There’s like 20, 30 people inside the boat and they are all getting out. Those people have been out there for eight days,’ witness Juan Montoya told local news station .

‘They got lost and they were thinking about turning back, they actually turned back. And after like a day they were like you know what, let’s turn aback around and just see where we can get,’ he added.

After they hit land, they were spotted by people along the coast and police were alerted soon afterwards. 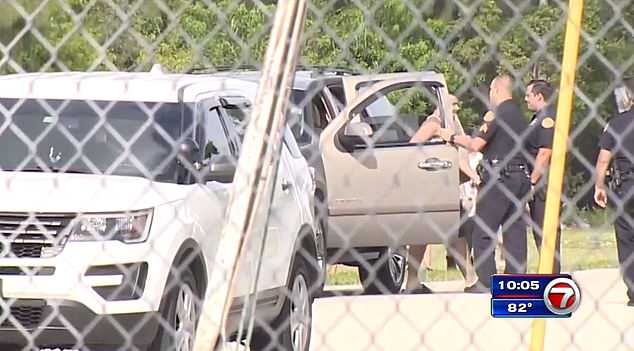 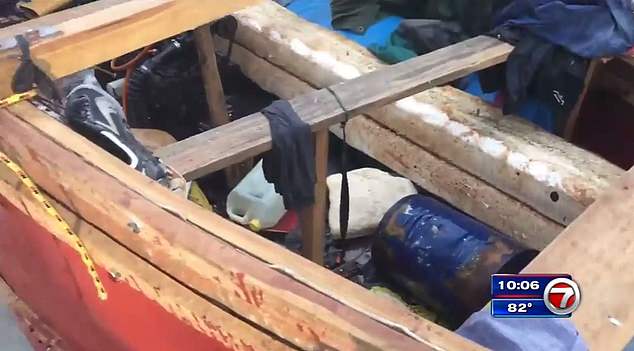 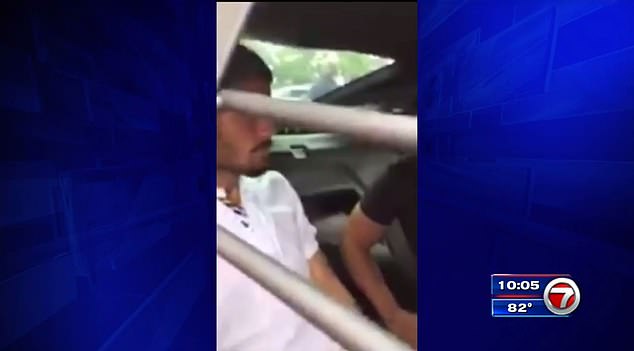 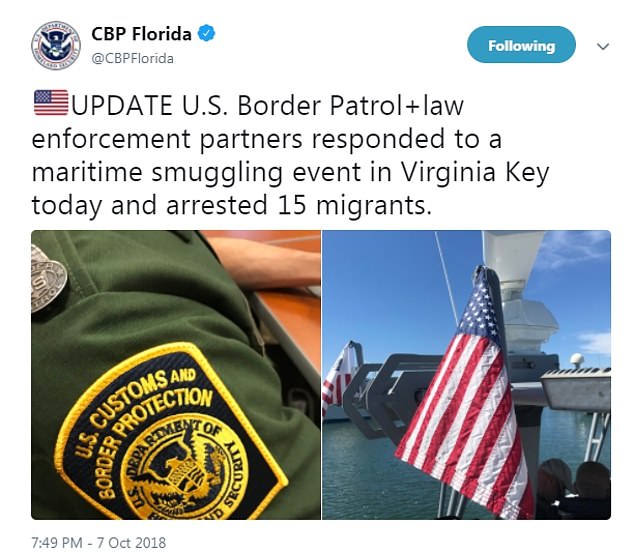 U.S. Border Patrol announced that they had arrested 15 of the migrants by Sunday evening 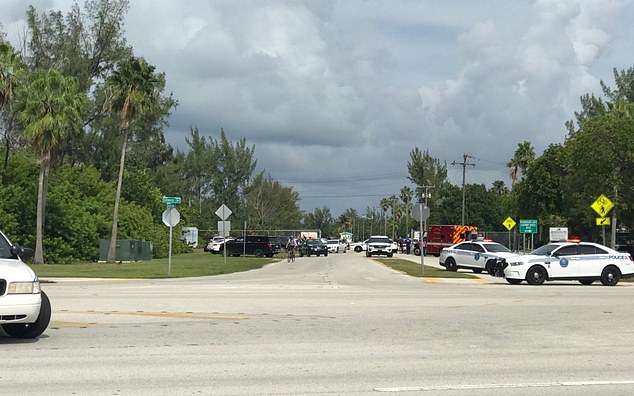 Police and U.S. Border Patrol launched a massive search effort deploying helicopters and K-9 officers to hunt for the migrants

Some witnesses on the scene sat and ate with migrants. Local Alex Fernandez and his friends even put two migrants in their car and tried to drive them to safety before they were caught.

A massive search conducted by multiple agencies including U.S. Customs and Border Protection and Miami police shut down the Virginia Key area and searched for the migrants by land and air with helicopters and using K-9 officers.

Thirteen migrants were immediately detained and treated on the beach by paramedics from the Miami Fire Rescue. None were transported to hospitals.

By Sunday evening 15 of the 27 were caught and held in Dania Beach Border Patrol Station where they will be processed then likely deported back to Cuba.

Pink stops Brisbane live performance to consolation grieving teenage fan
Joan Collins, 85, looks chic in a floral blazer as she steps out with husband Percy Gibson, 53
Joel Edgerton promotes Boy Erased at the 27th Philadelphia Film Festival
'Puppy dog' Boris, 54, moves into spin doctor girlfriend's £1m flat as he divorce proceedings going
Shamima Begum pleads for mercy as her family say they will go to court over her UK citizenship
65-year-old California man killed in shark attack while swimming in Maui
250-million-year-old volcano underneath five acres of Devon woodland goes on the market for £50,000
Policeman is fighting for his life after he was repeatedly stabbed with a machete