Samantha Markle, the outspoken half-sister of Meghan, was reportedly turned away from the Duchess’s doorstep after arriving uninvited.

Samantha, 53, flew in to the UK with the aim of confronting her half-sister but was instead met with a wall of silence after an embarrassing stand-off with palace security.

The move culminated in Samantha, who suffers from MS, handing over a note to Kensington Palace security before buying Royal merchandise. 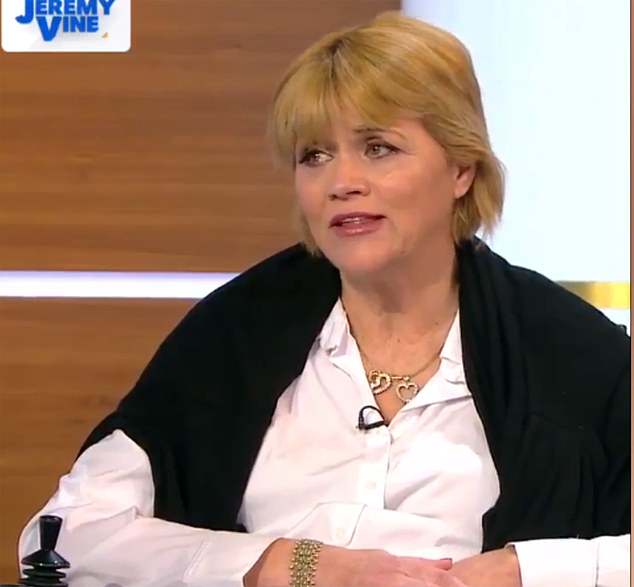 Bizarre pictures show Samantha clutching a Harry mask that she bought from a souvenir shop after refusing to leave the Royal area.

reported that Samantha flew in two weeks after palace officials received a letter saying her behaviour would ‘escalate’ if they did not arrange a meeting with the Duchess.

It is the latest in a string of high profile public bust-ups with the palace after an on-going family feud involving her half-sister and father, Thomas. 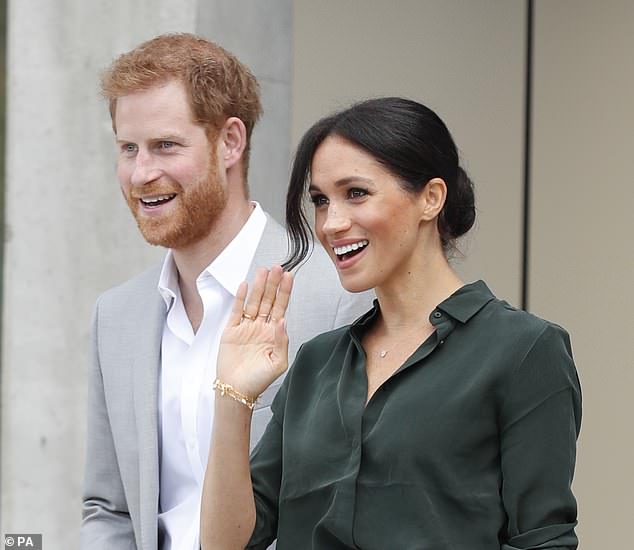 Samantha Markle, 54, has criticised Meghan in the past for ‘fake waves and smiles’

A source told the Mirror that the fact Meghan’s older sibling was turned away ‘speaks volumes’.

The source said: ‘The ongoing feud between Meghan, her sister and her father has so far been played out in public interviews and communication across the Atlantic via aides and ­representatives.

‘This was a huge move on the part of Meghan’s sister to try to see her face to face and the fact she was turned away speaks volumes.

‘This is the closest Meghan has come physically to that side of her family since she married into the royal family but palace staff had clearly been instructed not to allow her access.’ 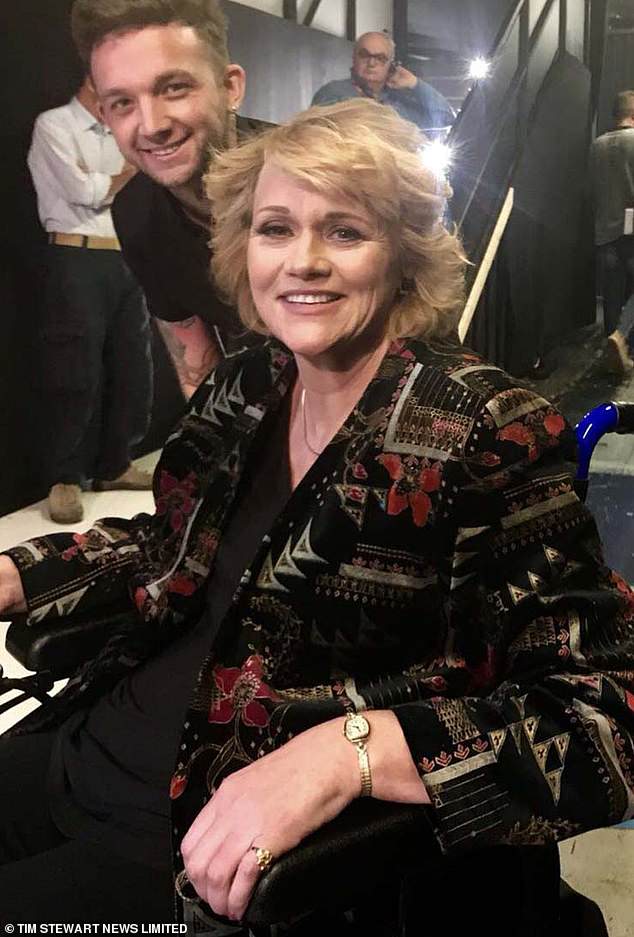 Who is Samantha Markle and how is she related to Meghan?

Samantha Grant – also known as Samantha Markle – describes herself as a writer, a mental health counsellor and a ‘blabbermouth’.

She is the half-sister of Meghan, Duchess of Sussex from her father’s first marriage.

A one-time actress and model, she was diagnosed with multiple sclerosis in 2008 and uses a wheelchair.

Based in Florida, she is 17 years older than Markle and sells jewellery to raise money to fund the feature films she writes.

Twice-divorced, she has three children – Ashleigh, Christopher and Noelle.

Like her father, she once filed for bankruptcy and is estranged from her mother Roslyn – Thomas Markle’s first wife – and brother Thomas Jr.

Samantha, being pushed in a wheelchair by her partner, got closer than ever to Harry and Meghan since their lavish marriage in May but the move is likely to cause further ire from the royal side.

The timeline of Markle embarrassment moves in peaks and troughs, with the silence likely worrying the palace in regards to what the next Markle move will be.

In May Thomas Markle sparked a whirlwind of media attention after being exposed for selling pictures to paparazzi before the royal wedding and then giving a tell-all interview to British TV.

In the interview with Good Morning Britain, the 74-year-old leaked details of private conversations with Meghan and Harry before telling US press he felt ‘frozen out’.

Samantha lashed out at the couple afterwards, calling her 37-year-old half-sister ‘cold’ for ignoring their dad before dubbing her ‘DuchASS’ and her husband Harry a ‘wuss’.