Irish and Russian fans had a fight of their own ahead of ‘s UFC 229 showdown with Khabib Nurmagomedov on Saturday night.

Footage on social media shows some supporters throwing chairs and handbags at the T-Mobile Arena during the build-up to the title fight.

One man appeared to throw a chair at another which sparked a brawl between a small group. 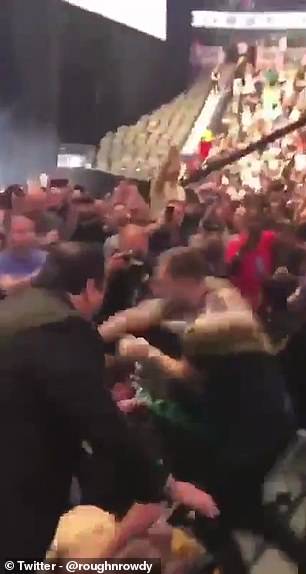 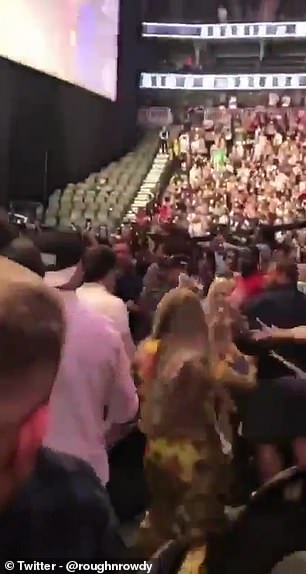 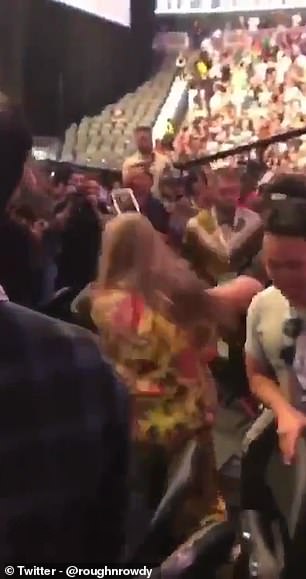 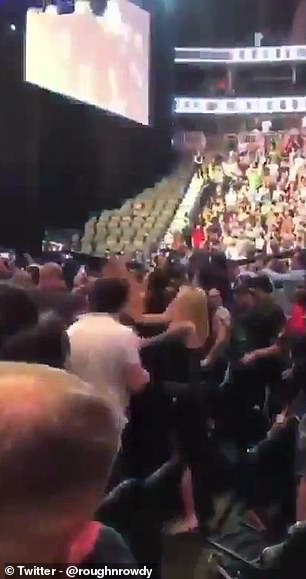 Two women seemed to be involved with one appearing to launch her handbag at the other. The pair continued to fight as men battled it out next to them.

This comes a day after McGregor and Nurmagomedov almost started their fight 24 hours early as tensions boiled over at Friday evening’s weigh-in.

Having both made weight, the pair then squared off in front of the packed Las Vegas venue a day before their lightweight championship belt. But their intensifying rivalry meant they soon had to be separated. 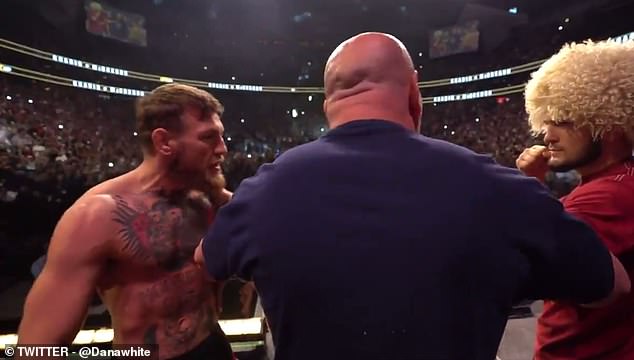 Luckily, UFC supremo Dana White was on hand to get his body between the pair while security also helped pull Nurmagomedov and his camp away from the Irishman’s corner.

White posted a close-up video of the incident to his official Twitter account. It not only shows the moment the fighters lost their cool but also reveals just how busy the T-Mobile Arena was for the weigh-in.

There will not be a spare seat in the house on Saturday night when McGregor makes his much-anticipated comeback after a two-year absence from the Octogon at UFC 229.