A high school band’s halftime performance showing police being held at gunpoint has been criticized heavily in a Mississippi city dealing with the recent killings of two officers.

The performance took place Friday at a football game between Forest Hill and Brookhaven High School, just days after two Brookhaven police were killed by an armed suspect at a house. 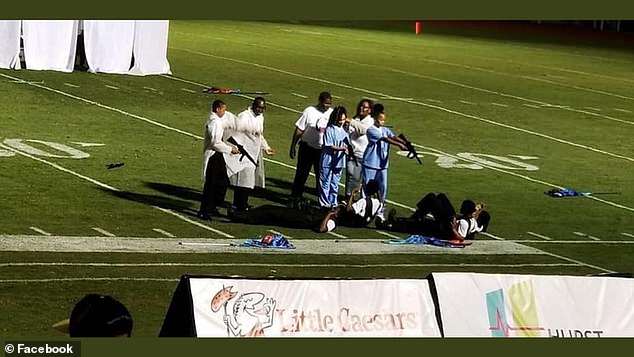 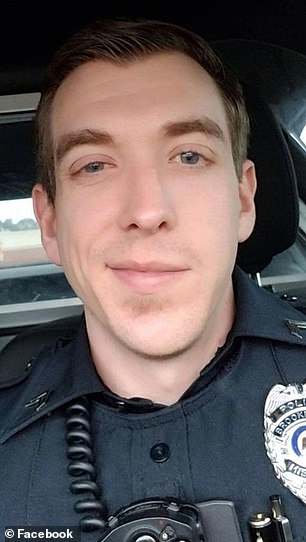 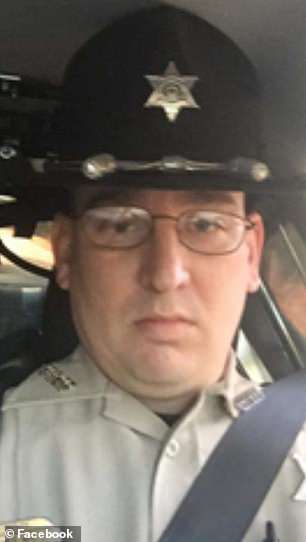 The provocative skit came just days after two police officers Zach Moak, 31, (left) and James White, 35, (right) were shot dead after responding to shots fired at a house in Brookhaven

Greene said the performance was based loosely on the movie ‘John Q’ and depicted a hostage scene that included toy guns.

In the movie, a father portrayed by Denzel Washington takes hospital staff and patients hostage as he tries to force doctors to do a life-saving transplant on his son, a procedure that his insurance won’t cover.

‘JPS has a great deal of respect and appreciation for our law enforcement partners,’ Greene said.

‘The band’s performance does not depict the values and people in our community, and was incredibly insensitive to the students, families, law enforcement officials and the entire Brookhaven community.

‘For this we sincerely apologize to all, and we pledge to do better in the future’.

Brookhaven Mayor Joe Cox said he has spoken with Jackson Mayor Chokwe Lumumba, who informed him that the Forest Hill band director has been placed on administrative leave pending an investigation.

He added the mayor apologized to him personally for the halftime show.

‘I offer my sincerest regrets to the Brookhaven community for the insensitivity that (was) portrayed during the Friday evening halftime show. 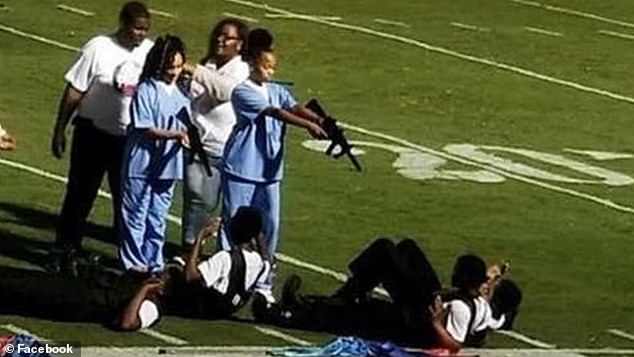 The enactment (pictured) provoked controversy with many calling for accountability 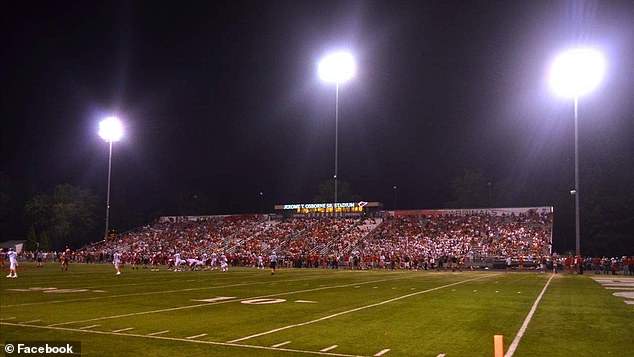 ‘There is an active investigation into the circumstances that led to this performance,’ Lumumba said in a statement Saturday.

‘It is the responsibility of adults to offer guidance to youth. Our students should have been instructed that this was neither the time or place for that performance.’

Brookhaven is about 55 miles south of Jackson, the state capital.

Governor Phil Bryant posted a picture of the band’s performance on Twitter and said someone should be held accountable.

He said: ‘This is unacceptable in a civilized society. Someone should be held accountable’. 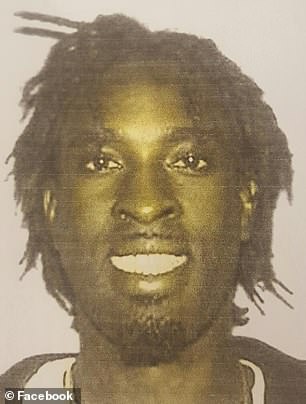 The controversy follows the shootings of two Brookhaven police officers who were responding to an incident on September 29.

The officers were identified as Corporal Zach Moak, 31, who was hired by the department in August 2015; and patrolman James White, 35, who was hired in June 2015.

They responded to a call of shots fired on a morning call out at a home located at 630 North 6th Sixth Street.

The suspect, 25-year-old Marquis Flowers, was injured during an exchange of gunfire with police and transported to a local hospital for treatment.

Funerals for the men were held Wednesday and Thursday.

Friday night’s game was the sixth game of the high school’s football season.

‘This performance was in poor taste and insensitive, and we expect better of our teachers and school leaders who are responsible for guiding students appropriately,’ the Clarion Ledger of Jackson reported.

Many people said they were shocked and outraged by the performance in a series of Facebook posts. 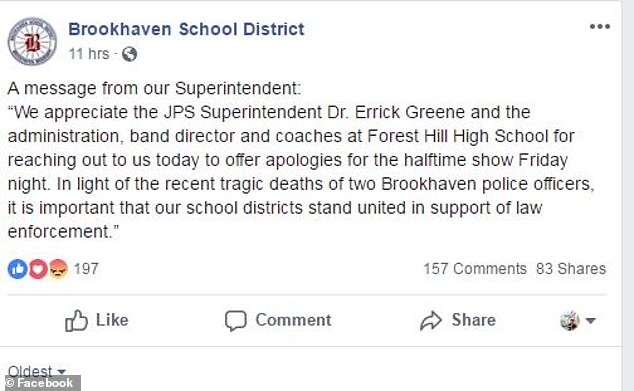 ‘Why would ANY high school marching band ever need fake guns?’, he asked in a post on Facebook.

‘Have they been performing this routine all year? … If this pans out like it’s looking this morning, however, I’ll be disappointed, offended, and apologetic to both the people of Brookhaven and to those kids at Forest Hill who deserved better from the adults around them’.

Uncommon situation turns boy, 11, into an 'previous man in a single day'
Ukraine hosts big parade to rejoice 27th anniversary of independence from Soviet Union
Man, 26, who died in fatal shark attack in Cape Cod was a 'sweet and humble' Brazilian student
'I missed being able to eat': Man, 26, who received a face transplant describes his joy
ABBA joins Twitter and posts 'Arrival' tweet... sending fans into speculative meltdown
The oddest traditions from around the world revealed
‘We will keep going until we achieve our objective’: Venezuelan interim president Juan Guaido says
Samsung unwraps its second folding phone, the $1,380 Galaxy Z Flip, which bends like a clam shell