A dog who met her ‘twin’ on the way to the market was able to convince her owner to adopt the new pup immediately based on her heartwarming reaction to him.

Bethany Coleman, 39, who currently lives in Honolulu, Hawaii, was walking her dog Rogue by a local market in Boston when they noticed an almost identical pup just waiting to be adopted.

‘Rogue and I were out for a nice long walk to our local farmers market when we saw Beast,’ Coleman told . Best of friends: Rogue (top) was able to convince her owner to adopt Beast (bottom) while they were on a walk in Boston, Massachusetts 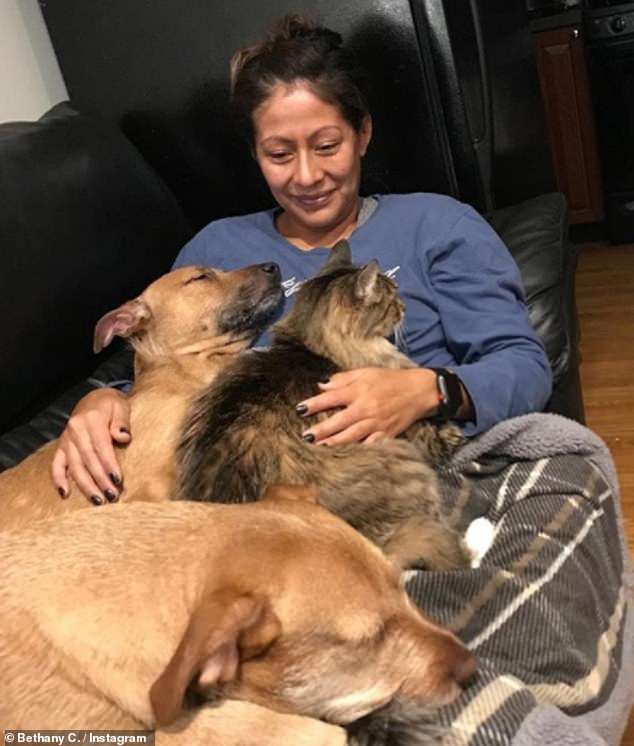 Full house! Bethany Coleman, who currently lives in Honolulu, Hawaii, saw how Rogue and Beast looked like ‘twins’ and decided she had to adopt the pup 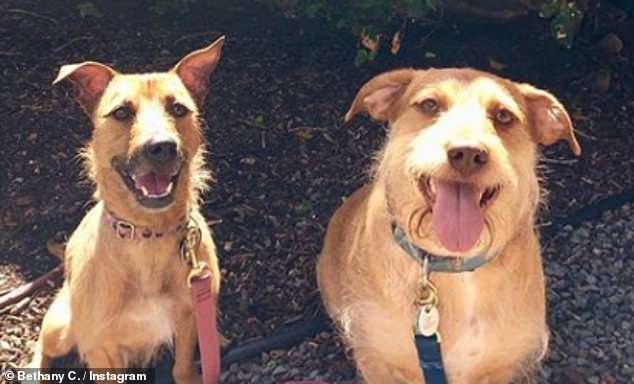 Happy: Both of the dogs are Cairn Terrier mixes, which gives both of the pups similar fur color and face shapes. Pictured left is Rogue and right is Beast

She continued: ‘He was there with Last Hope K9 Rescue and a bunch of other dogs that were all up for adoption.

‘What made me want to rescue Beast over the other dogs was that he looked just like Rogue.’

Both of the dogs are Cairn Terrier mixes, and the pups have similar fur color and face shapes helping them look almost identical.

Before the walk in Boston, Bethany and her boyfriend, Tyson, had decided Rogue and their two older cats were enough pets for the time being.

‘I was not about to add one more animal to the mix, who in the right mind would ever let us rent an apartment from them,’ Bethany said.

‘I just instantly fell in love with him. He was Rogue’s twin! They also got along and immediately started playing with one another.’

Bethany started the paperwork right away and brought Beast home to join the family. Although she admitted it took about one month for all the animals to get used to each other, Beast soon fit in with everyone. 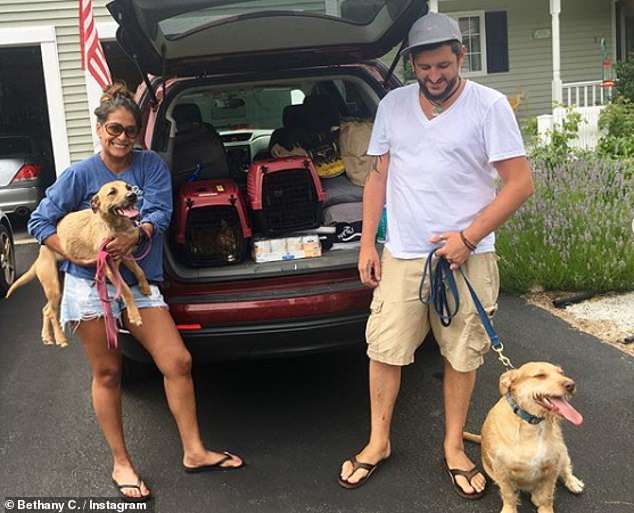 Big grins: Before adopting Beast, Bethany and her boyfriend, Tyson, (pictured) decided they were not going to get any more pets because of their full house 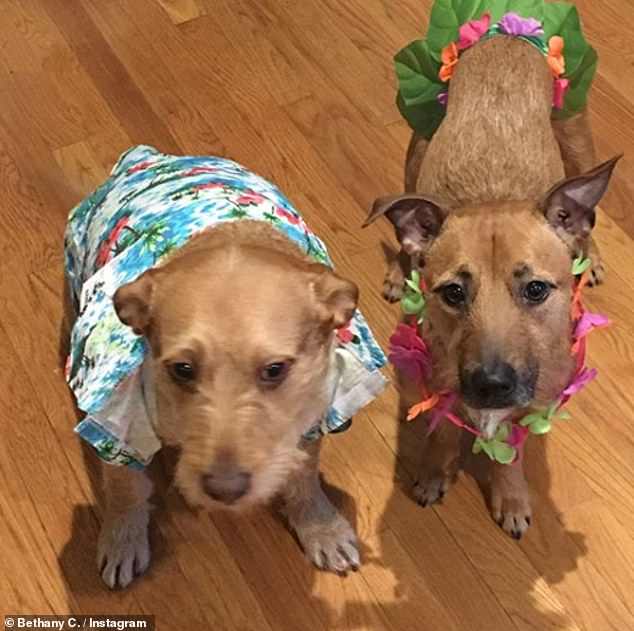 Adorable: But the family couldn’t resist after the first interaction between Rogue (right) and Beast (left) 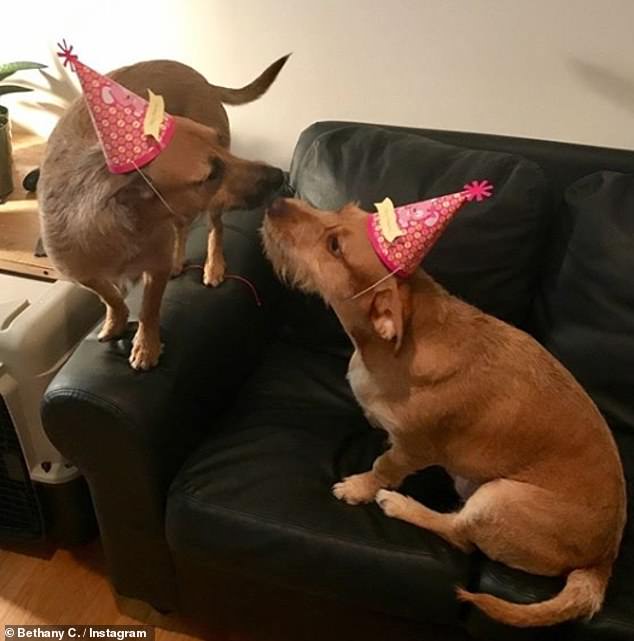 Comfortable: Bethany said it took about a month for the two dogs got used to sharing toys and the same home Inseparable: But now they are the best of friends and often snuggle together

‘To be fair we got them the same exact toys thinking that would solve everything,’ Bethany said in regards to the dominance issues between the two pups.

‘Nope! Rogue always and actually to this day wants whatever Beast has.

‘It’s funny to watch when we give them treats. Halfway through whatever it is they’ll switch and go for each other’s toy. But at heart, they’re best friends!’

Since adding Beast to the mix, the family moved to Honolulu, Hawaii, where the dogs have more space to run instead of living in a Boston apartment.

Bethany told Bored Panda that both dogs love the water and are enjoying the ability to run along the beaches outside their new home.

But whether in Boston or Honolulu, Rogue and Beast have become fast friends — and Bethany has even captured a few heartwarming moments of them snuggling together when lounging around their home.