England came up against an ambidextrous spinner in the first game of their Sri Lankan tour on Friday but had no problem in distinguishing between right and wrong ‘un in a weather-affected warm-up victory.

Kamindu Mendis bowled off-breaks to England one-day captain Eoin Morgan and slow left-arm to Joe Root but had no success with either as both remained unbeaten when bad light ended a useful work-out against a strong Sri Lanka XI.

Yet the 20-year-old is clearly a unique talent and quite possibly a pioneer with no discernible drop in quality as he repeatedly switched between arms after signalling his intentions clearly to the batsmen. 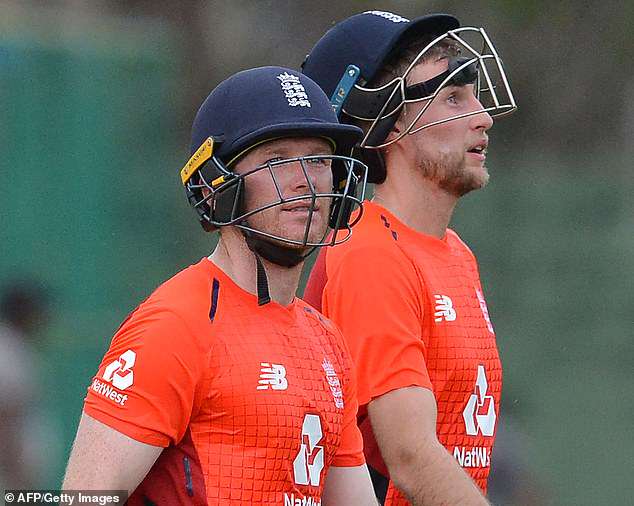 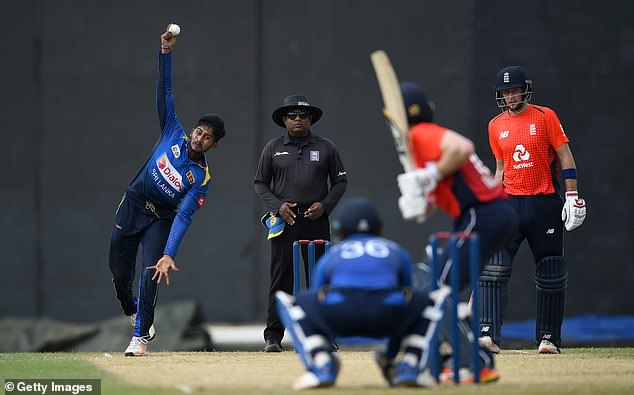 Kamindu Mendis, playing for a Sri Lanka Cricket Board XI, struggled against Morgan and Root

‘I didn’t realise he was ambidextrous until he bowled his last over,’ said Moeen Ali, who led the way for England with three wickets. ‘Somebody mentioned it earlier but I wasn’t sure it was him.

‘I’ve never seen someone do that but it’s fantastic for the game. It’s amazing he was so accurate with both arms and it could be the way cricket is going to go. I’ve tried bowling left-arm but I was so bad. You just don’t have that same feel.

‘I find it strange enough to see guys batting left arm and throwing right. Bowling is completely different. You hear rumours about these guys being around but for him to bowl that sot of standard and be that good is fantastic.’

Mendis learned to bowl with both arms at a young age. ‘I tried to do it when I was eight bowling in the garden with my friends,’ he said. ‘I was basically a right-arm bowler but I practised step by step with my left. I am confortable with both now and happy to do it in a match. I take wickets with both arms.

‘Root and Morgan knew what I was going to do and they didn’t panic because they are big players. They are two of the best I’ve bowled to.’ 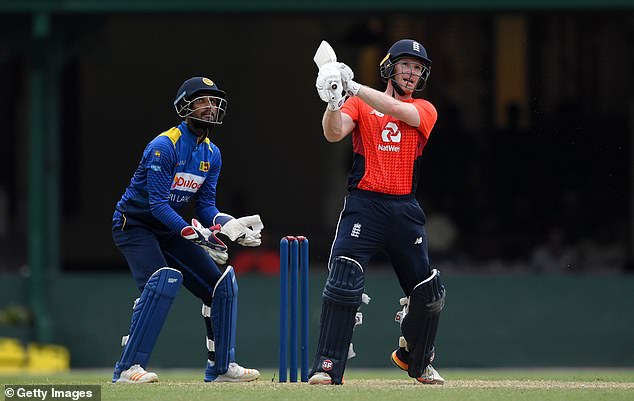 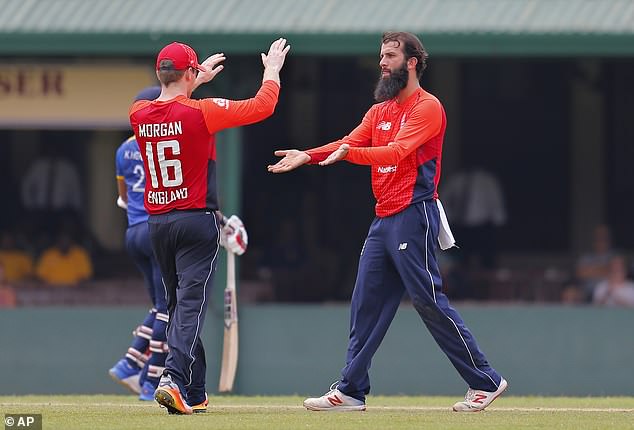 England will certainly be facing and delivering plenty of spin on this tour, with slow bowlers on both signs dominating on a slow, low P Sara Oval pitch that is sure to be replicated throughout this two-month trip.

It was Moeen, again relishing his status as the ‘No2’ spinner, who was the pick of the bowlers for England against a home side containing nine full internationals and led by Sri Lanka captain Dinesh Chandimal.

But the nominal No 1 Adil Rashid was almost as effective while there were also seven overs of off-spin from Root to give hope of a game to reserve spinner Liam Dawson as Sri Lanka made a competitive 287 for nine in their 50 overs.

All eyes initially were on Olly Stone in his first appearance for a full England side but even though he bowled with real pace there was nothing in the surface for him and he went wicketless from six overs and bowled six wides.

When England openers Jonny Bairstow, unluckily to an lbw that pitched outside leg-stump, and Jason Roy, brilliantly caught by a diving Isura Udana, fell cheaply it looked as though the curse of the warm-up game would strike again.

England’s two captains averted any slip ups, Morgan moving commandingly to 91 and Root to 90 at the second delay for bad light with the tourists well placed to move to their revised target of 274 off 47 overs at 215 for two after 35.3 overs.

It was enough to give them an opening win by 43 runs on the Duckworth-Lewis-Stern method and a satisfactory tour opening with a second warm-up game here on Saturday ahead of Wednesday’s first one-day international in Dambulla. 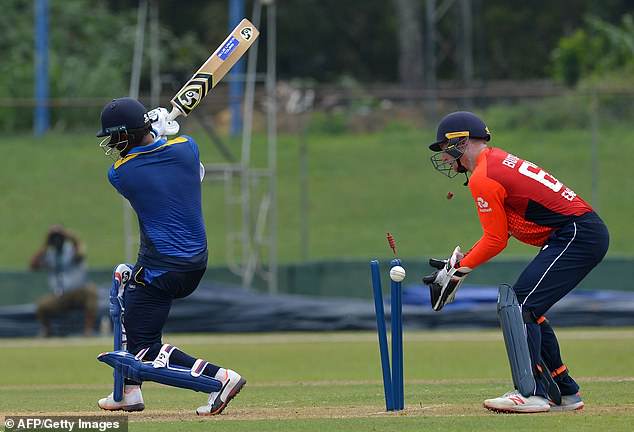 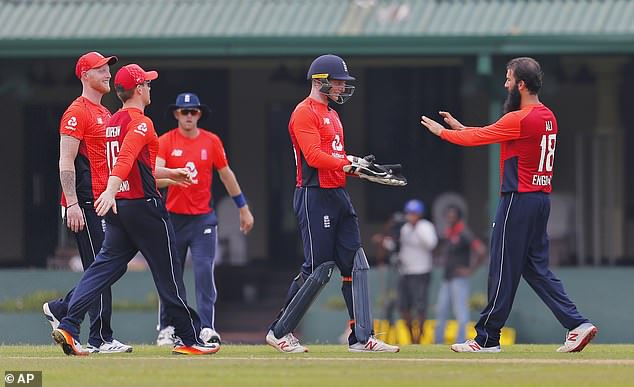 After losing the toss, England limited Sri Lanka to 287 for 9 before going on to win by 43 runs

Tziporah Malkah jokes about James Packer being in the 'nuthouse'
Tammy Hembrow poses in racy bikini after Reece Hawkins reveals he's dating US model London Goheen
First glimpse at 1,000ft high skyscraper dubbed 'The Tulip'
Britain gears up for the hottest weekend of the year
Women reveal the 'horrific' ways pregnancy changes their body
‘Too bright to be jailed’ Oxford med student, 26, who stabbed date ‘plans to be a LAWYER’
South Carolina orders evacuation of a MILLION people along coastline as Dorian barrels towards US
Panic-buyers show off pantries full of groceries as they stockpile ahead of coronavirus epidemic