Prime Minister Theresa May told the Conservative Party conference people need to know austerity is coming to an end after 10 years of struggle since the financial crash. But her comments raised some questions.

Has the PM promised to end austerity?

Mrs May told the Tory conference that after “we’ve secured a good Brexit deal” next year’s spending review will set out plans for the future “because a decade after the financial crash, people need to know that the austerity it led to is over and that their hard work has paid off”.

What did Labour say?

Shadow chancellor John McDonnell said Mrs May’s claim “lacked credibility” when there was a £6 billion black hole in budgets for children’s services and councils, and 75% of this year’s welfare cuts were yet to come.

He added: “We are also told that an ending of austerity is completely dependent on her securing her own Brexit deal which is clearly not going to happen.” 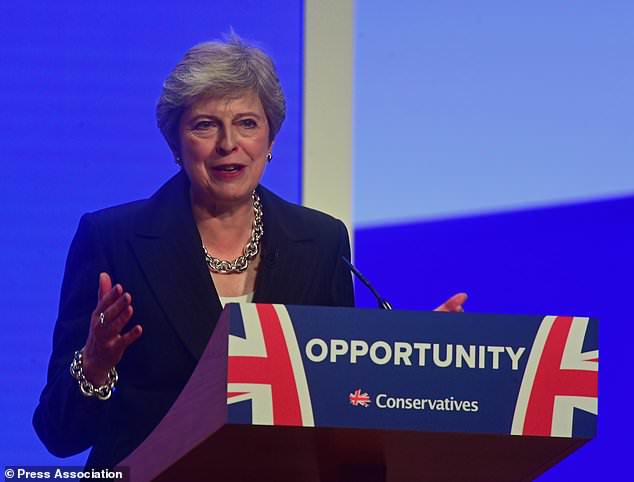 How have economists reacted?

Institute for Financial Studies director Paul Johnson said: “I don’t know what she means by the end of austerity, but it won’t look like it, of course, if she doesn’t find money for significant pay rises across the public sector.”

Mr Johnson said an extra £20 billion would be needed by 2022 to increase wages and stop cutbacks.

The Police Federation of England and Wales has launched judicial review proceedings against the Home Secretary over a “derisory” pay rise for officers.

Home Secretary Sajid Javid announced a 2% pay rise for officers despite a recommendation of 3% by the independent Police Remuneration Review Body for 2018 to 2019.

Is the Civil Service happy?

Unions representing more than 200,000 civil servants have also launched court action over pay guidance denying them a wage rise of more than 1%-1.5% without specific approval from the Cabinet Office or the Treasury.

How have private sector workers reacted?

Woman gets locked out of her car by her dog
EU leaders 'agree to postpone Britain's exit until HALLOWEEN after hardliner Macron digs in
EU diplomats 'fear Boris Johnson has no intention of negotiating a new deal'
Sajid Javid's 'days are numbered' after he is 'frozen out of decision-making by Number 10
DAVID BLUNKETT: My party has been ruined by intolerant, incompetent extremists
STEPHEN GLOVER: A blunderer, yes. But Boris Johnson's steel backbone may yet end the nightmare
Northern Ireland property wins Grand Designs house of the year
Princes George and Louis and Princess Charlotte lead nationwide tribute to NHS workers