A woman has been sentenced to 12 years in prison for poisoning her newborn daughter with Tylenol.

Taylor, who has 10 children, was also sentenced to 15 years of probation after her release from prison.

In 2013 Taylor began poisoning her baby girl with Tylenol both at her Jacksonville home and at the Wolfson Children’s Hospital.

Tylenol is an over-the-counter analgesic used to treat minor aches and pains, and reduce fever. 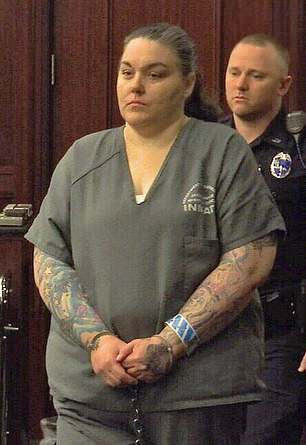 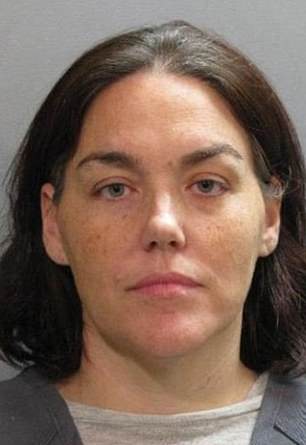 Shauna Dee Taylor, 40, has been sentenced to 12 years in prison for poisoning her baby daughter with Tylenol. She is pictured here in court this week

Taylor had given birth to the premature child in November 2012 and the baby girl was released into her care in February 2013.

But Taylor then returned to the children’s hospital on three separate occasions and exaggerated or falsified symptoms of her daughter’s health.

In the first hospital visit, Taylor claimed her baby’s breathing monitor had tripped 113 times, according to . Doctors found no evidence of breathing issues.

She then brought her daughter back because of ‘increased apnea and loose watery stools’. Once again, tests found there was nothing wrong with the child. 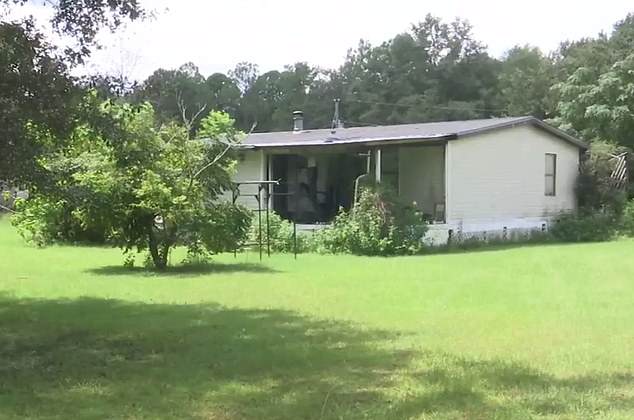 Munchausen syndrome by proxy (MSBP) is a mental health problem in which a caregiver makes up or causes an illness or injury in a person under his or her care, such as a child, an elderly adult, or a person who has a disability. Because vulnerable people are the victims, MSBP is a form of child abuse or elder abuse.

The caregiver with MSBP may:

Victims are most often small children. They may get painful medical tests they don’t need. They may even become seriously ill or injured or may die because of the actions of the caregiver.

Children who are victims of MSBP can have lifelong physical and emotional problems and may have Munchausen syndrome as adults. This is a disorder in which a person causes or falsely reports his or her own symptoms.

Doctors aren’t sure what causes it, but it may be linked to problems during the abuser’s childhood. Abusers often feel like their life is out of control. They often have poor self-esteem and can’t deal with stress or anxiety.

The attention that caregivers get from having a sick child may encourage their behavior. Caregivers may get attention not only from doctors and nurses but also from others in their community. For example, neighbors may try to help the family in many ways-such as by doing chores, bringing meals, or giving money.

On the third visit, just a month later, Taylor said her daughter had eating issues. It was on this visit that the child went into liver failure.

Tests showed the girl had high levels of iron as well as liver abnormalities.

While Taylor’s daughter was undergoing treatment, several anonymous tips were made to the child abuse hotline.

The source claimed that Taylor had Munchausen by proxy and was poisoning her little girl.

Munchausen by proxy is a mental illness and a form of child abuse in which the caretaker creates fake symptoms – or causes real symptoms – to make their child appear sick.

It often leads to potentially dangerous and unnecessary medical treatment.

Baker County Sheriff’s Office Sgt Tracie Benton said it was also discovered that Taylor had a GoFundMe page and another fundraising website where she was posting the baby’s photo and ‘trying to get people to donate money’.

‘I worked the case, spoke with her, she was something special,’ Benton said.

‘You could tell right off the whip, something was wrong.’

Investigators then discovered that Taylor was poisoning her daughter inside the hospital.

‘While the child was admitted to the hospital, she would be there with the child and while she was there she would administer the Tylenol to continue the abuse,’ Benton said.

The girl’s iron levels and liver function returned to normal while under hospital observation. She is now doing well, according to Benton.

Taylor’s parental rights for all 10 of her children have since been revoked.

Investigators found that she had a history of medical abuse and a slew of court cases in California and Arizona where she lost custody of several of her children.

They also discovered that she was diagnosed with Munchausen by proxy.

Benton said it was the ‘greatest feeling ever’ after Taylor was convicted.

‘Justice is being served,’ she said. ‘She is being punished for torturing children.’

‘Someone has to speak up for the children.’ 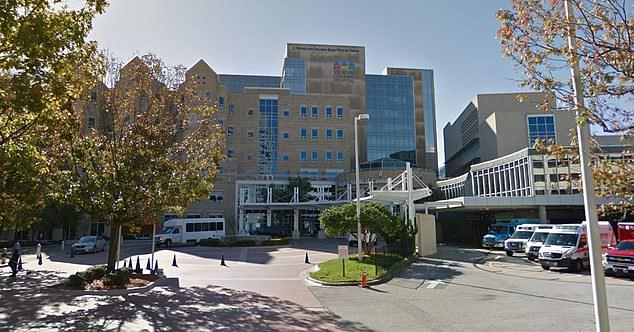