Shocking footage shows a man smash his face onto concrete while trying to jump off a roof and into a swimming pool.

The risky stunt takes a dark turn when part of the guttering disintegrates under his feet and the Armenian man plunges headfirst off the edge.

He hits the ground so hard that his head bounces.

It is not clear what injuries the man suffered after the horrific accident or where exactly the toe curling clip, widely shared on social media, was filmed.

Before he makes the potentially life-changing jump, one of his friends can be seen casually chatting on a mobile phone. 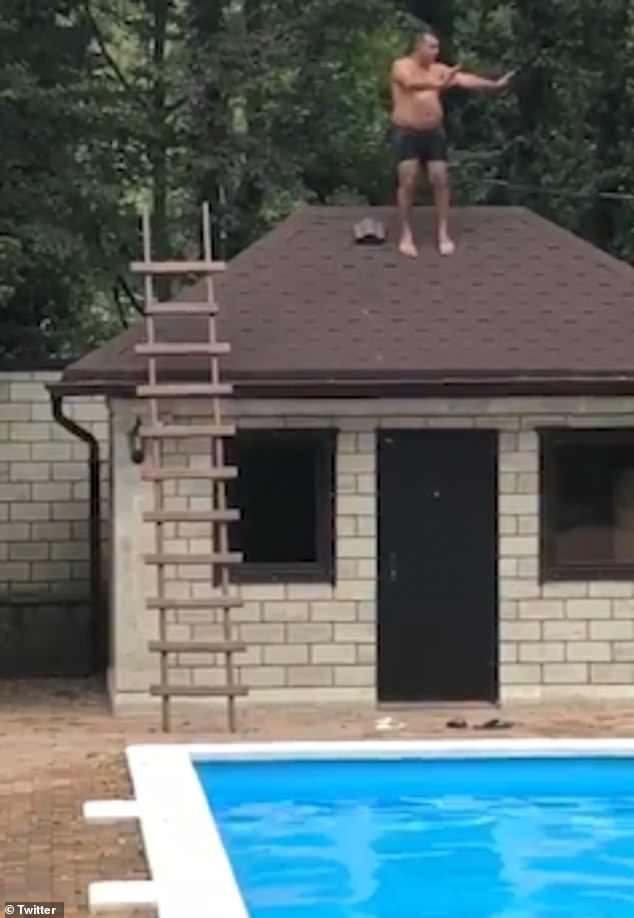 Before he makes the jump, one of his friends can be seen casually chatting on a mobile phone while the diver looks to be in high spirits on the phone

The man, wearing just a pair of shorts, lurches forward from the top of the roof – seemingly aiming for the edge so he can propel himself into the pool.

But as the roof’s guttering collapses underneath him, he lands on all fours inches from the pool.

His head smashes against the floor and bounces upwards, before hitting it a second time as he slumps forward. 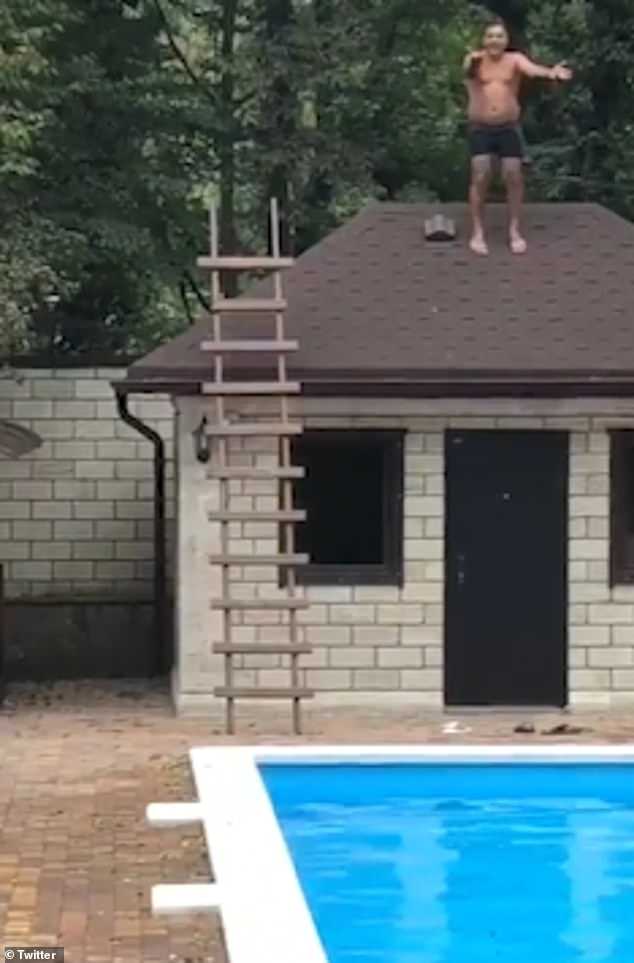 The clip ends as his friends rush to see if he is conscious.

‘We just witnessed a life-changing event,’ wrote one.

‘It looks like he snapped his neck,’ speculated another. 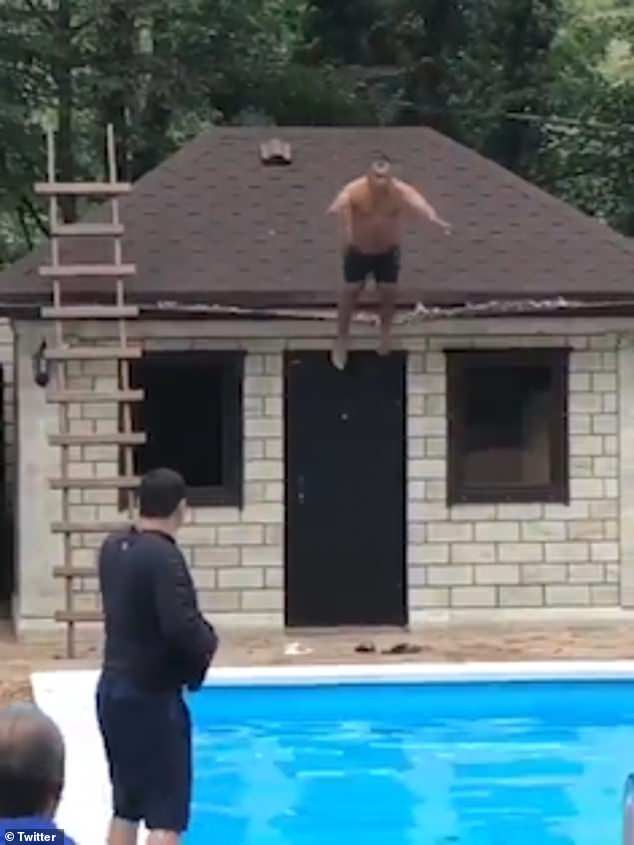 However, as he jumps from the roof, there is a horrific twist and the roof’s guttering collapses, causing the man to mess up his jump

Why IS Donatella Versace selling her family label to US giants Michael Kors?
How animals blend into the background to avoid being lunch or prepare to pounce on prey
Alexandria Ocasio-Cortez moves into luxury apartment complex but has NO affordable housing units
Michael Cohen REGRETS 'lying' to Melania Trump about Stormy Daniels
Man removed from the NRA annual convention after tossing his cell phone near President Donald Trump
Navy SEAL who killed Bin Laden says 6ft2 sniper was asked to lay down next to his body to confirm ID
Mother-of-two lives with 90% of her body covered in psoriasis plaques
White Texas police officer fatally shots black woman, 28, inside her own home