She risked a wardrobe malfunction when she dramatically left the Love Island villa in Spain back in June.

And reality star Natasha Webster almost did it again when she went for a beauty treatment on Tuesday.

The 24-year-old slipped into a racy swimsuit that showed off some serious underboob while enjoying a salt float bath in . 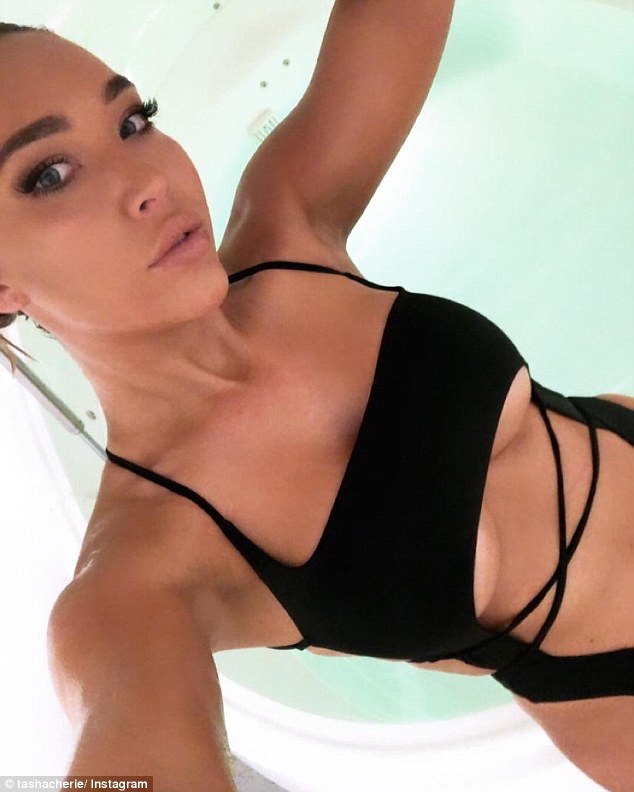 Remember me? Love Island Australia’s Natasha Webster risks a wardrobe malfunction as she shows off some underboob in a racy cut-out swimsuit

The one-piece was distinct in design, featuring a large cut-out at the midsection and a small bar of fabric at the top which barely covered Natasha’s ample cleavage.

It also accentuated the blonde beauty’s very tanned and toned physique, and helped provide quite the sexy social media upload.

Natasha was eliminated from Love Island Australia when the show aired earlier this year after failing to form a connection with any male contestants.

And while her exit did not come as a surprise for some viewers, her slight wardrobe malfunction certainly raised some eyebrows.

She left little to the imagination in a white bralet and red miniskirt, which at one point revealed more than she bargained for as she made her exit. 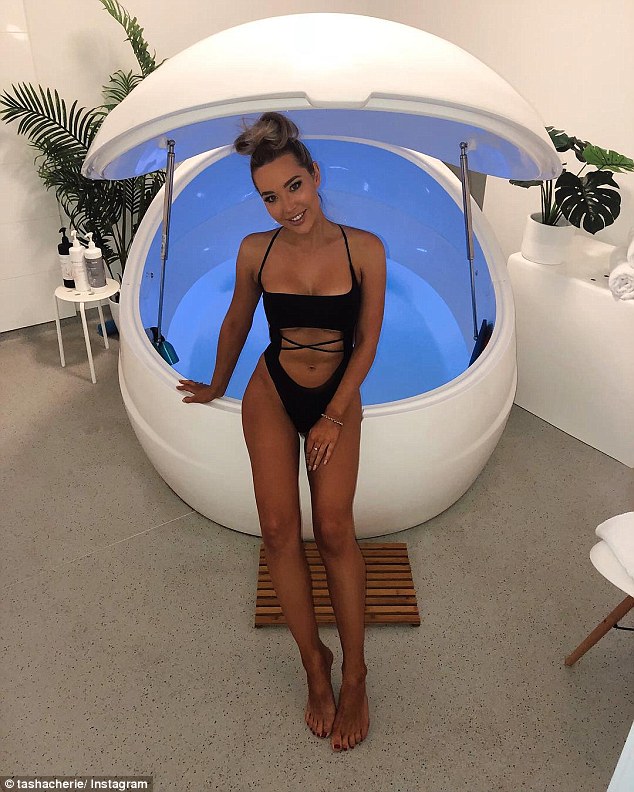 Floating on air: The 24-year-old slipped into a racy cut-out swimsuit that showed off some serious underboob as she enjoyed a salt float bath in Perth

The salon owner from Perth suspected she would be sent home earlier in the episode after it was revealed that one female contestant would be eliminated.

Natasha made her mark on the show as an ambitious blonde, who openly expressed her desire to find a man who owns a boat.

She also made headlines after comments made about Justin Bieber.

Whoops! Natasha risked a wardrobe malfunction when she dramatically left the Love Island villa back in June

Earlier this year, she was mocked by the show’s own narrator, Eoghan McDermott, for signing a non-disclosure agreement after allegedly having sex with the pop star.

Natasha played a game of ‘spin the bottle’ with her co-stars, during which she confessed to ‘spending two nights with one of the world’s biggest pop stars.’

When her fellow Islanders asked Natasha to identify the mystery celebrity, she claimed she couldn’t reveal his name.

‘Secrets! I’m not allowed to tell. It was a pretty fun two nights,’ she said.

Rachael Finch opts for a pop of colour with a burnt orange Elliatt dress at the Melbourne Cup
Baptiste viewers are left reeling as the French detective is betrayed
Freddie Starr's coffin carries a joke 'Return to Sender' message
Remain campaigner Gina Miller claims Government KNOWS it can't shut down Parliament
Pilot shortage is starving private jet industry of staff with airlines recruiting more than ever
Boris Johnson hits the ground running with a tour of the North
Two-Michelin-starred French chef Claude Bosi is DENIED permanent UK residency
Pictured: Racing driver, 36, who was hacked to death in the street with an axe 'by man he knew'