A vegan university student left the panel on Q&A speechless after revealing a bully broke into her campus accommodation and threw raw meat at her as she slept.

Melis Layik, 19, relived the traumatic moment after asking how ‘misogynistic hazing’ and sexual assault silencing could be stamped out in Australian universities.

‘They knew I was vegan (and) they thought they could personally attack me, I went to the college and each time they did nothing about it,’ she said.

Panellist and musician John Butler struggled to respond to the teenager’s question after hearing her heartbreaking story. 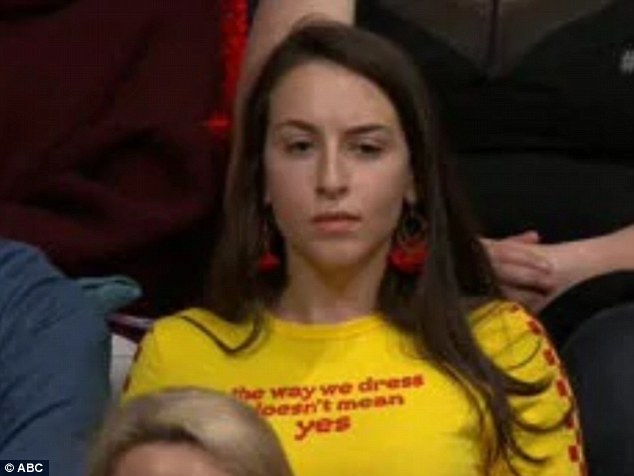 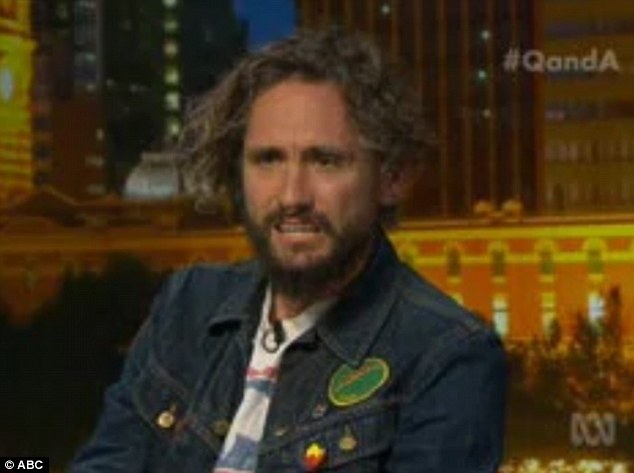 ‘That is a stupid thing to bloody do. That is not what any human being should be doing — especially at three o’clock in the morning. That is a criminal act,’ he said.

‘I am dumbfounded by this kind of culture that allows that to happen to you, first of all. Then when nothing is done about it … You left the school, you left the campus. They didn’t.’

Mr Butler, a father of two young children, said he was ‘perplexed’ by a culture that allows this type of behaviour.

‘I hope my daughter never has to deal with it and I hope my bloody son never acts like that,’ he said.

Federal Education Minister Simon Birmingham also spoke out against the student’s behaviour calling it ‘appalling’ and went so far as to say they deserved to be thrown out of the university. 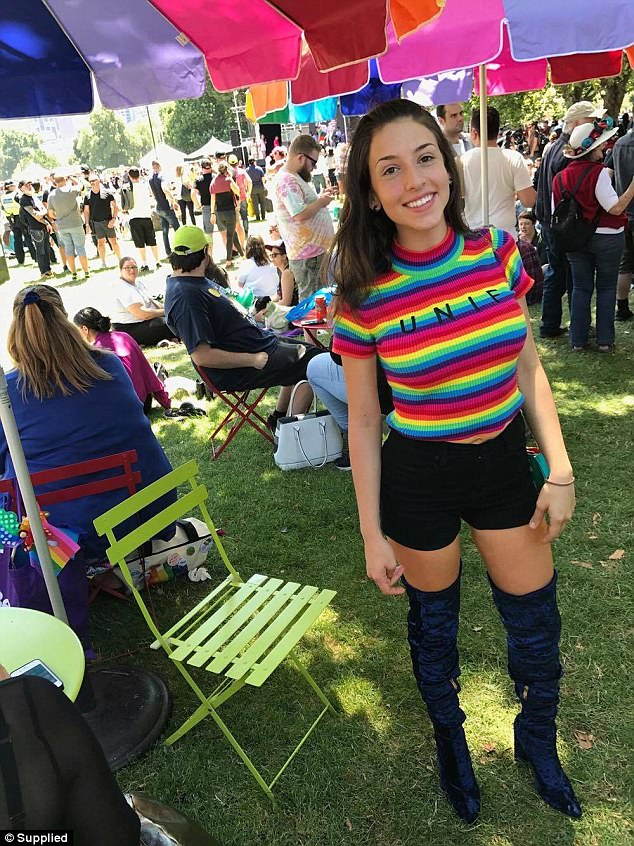 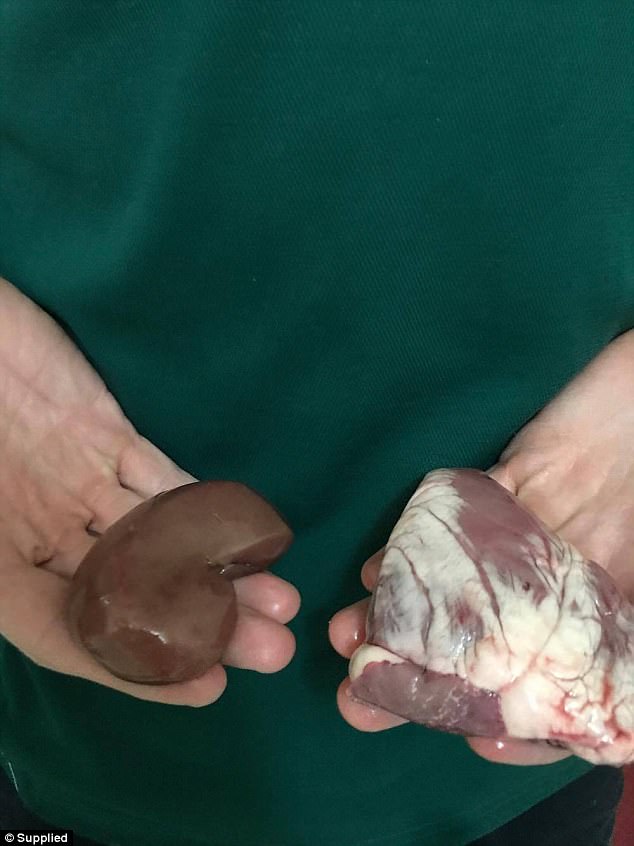 Ms Layik, who first spoke out about the traumatic bullying incident in October 2017, said she no longer felt comfortable living at one of the university’s residential colleges.

Speaking out at the time, Ms Layik said a bully had also left a horse’s heart at her bedroom door at Mannix College, while also calling her a ‘stupid vegan’.

She said she was harassed in a similar manner five times in nine days, including having chicken mince smeared on her door.

Ms Layik told Daily Mail Australia she complained to the university about the incidents but nothing was done.

‘It was absolutely terrifying,’ she said.

‘One night he climbed into my room at 3am while I was sleeping and threw meat and offal at me.’

Ms Layik said the man was also ‘passing around a lot of disparaging messages’ through social media. 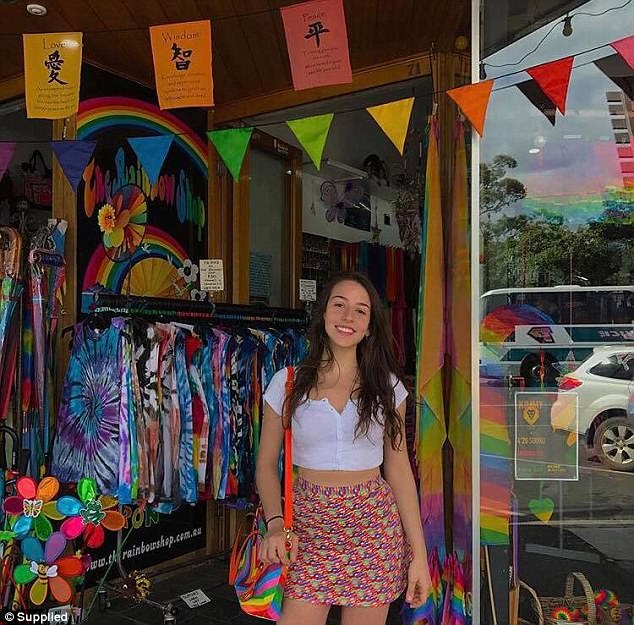 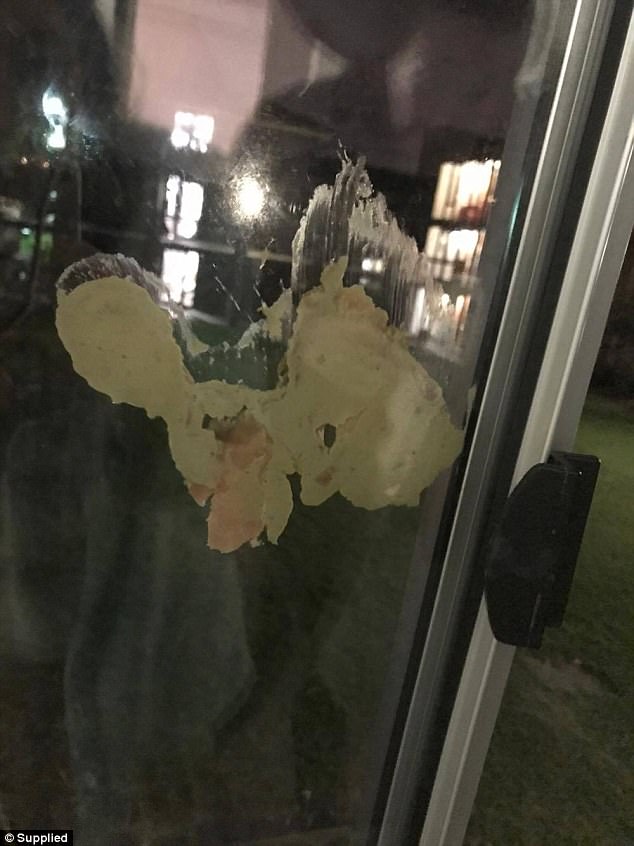 She said she was harassed in a similar manner five times in nine days, including having chicken mince smeared on her door

‘In many messages and posts he mentioned my veganism and referred to me as a ‘stupid vegan’.’

She said she doesn’t know why the man has targeted her for harassment.

‘It seemed to be a random series of attacks which made it all the more upsetting and confusing.

‘I had multiple meetings with the administration requesting that they do something but they simply shrugged me off and told me that they had spoken with him.

She has since moved out of the college.

‘They closed the matter three weeks ago and I felt too uncomfortable so I moved out.

‘It was really quite disheartening how they flippantly dismissed the situation. 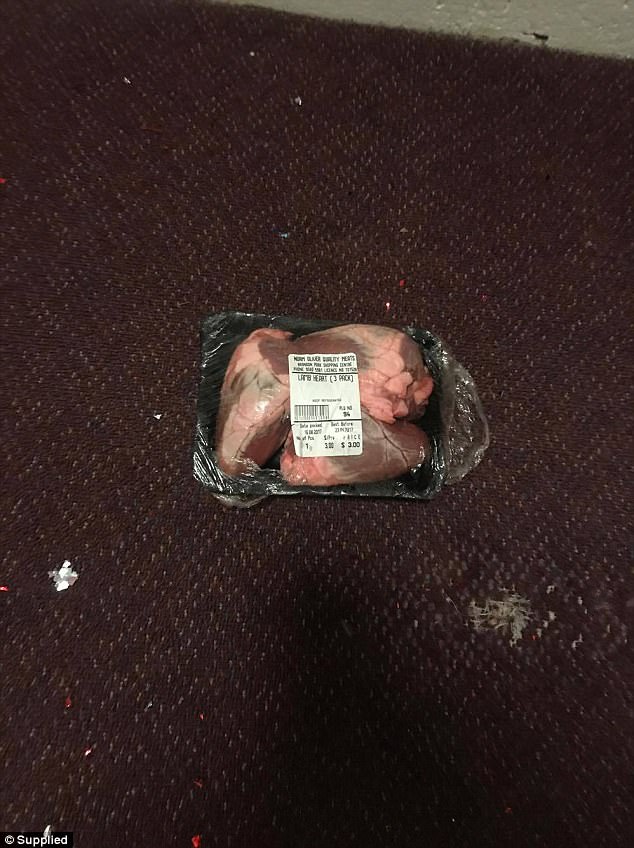 Britain's first gender-fluid family prepare for total transformation
AP Interview: Adviser says Iran failed detained US...
Meghan |Markle hosts at Kensington Palace for cookbook launch
Terrifying moment American couple narrowly escapes machete-wielding bandits on rural road in Kenya
Mel Brooks has made some of the funniest films ever but new biography claims he has a vicious temper
Bond faces his most difficult opponent yet as Health and Safety inspectors arrive on set
Map reveals how the coronavirus outbreak has rapidly spread across the world
MRS HINCH shows you how to make the bathroom positively sparkle