faced a mounting backlash from Tories as he stepped up his leadership sniping today.

Mr Johnson’s tough line on and support for traditional Tory values has made him a favourite with the party’s grass roots.

But there has been notable frustration with the ex-minister among senior Conservative over his trouble-making.

Cabinet ministers told Mailonline Mr Johnson had not been doing himself any favours with his obvious trouble-making.

One senior Brexiteer minister said: ‘Boris is not being helpful. He is just wrong on this and he has misjudged it.’

Another pointed out the contrast with the ‘respectful’ way David Davis had conducted himself since resigning in protest at the Chequers plan.

Asked if he would be watching Mr Johnson speak today, former deputy PM Damian Green – who is bald – said he would be ‘washing my hair’. 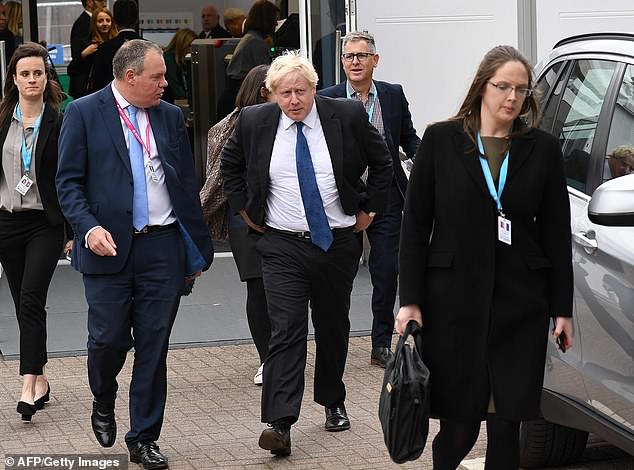 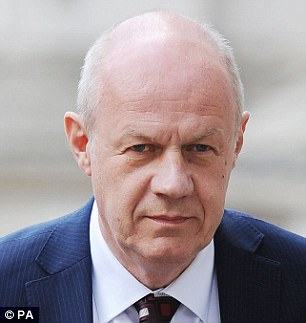 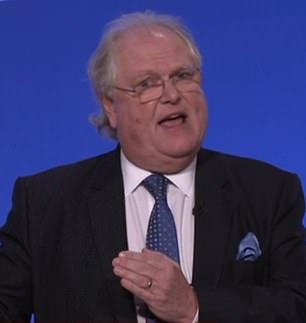 Asked if he would be watching Mr Johnson speak today, former deputy PM Damian Green – who is bald – said he would be ‘washing my hair’. Former Labour trade minister Lord Digby Jones was applauded when he condemned Mr Johnson as ‘irrelevant and offensive’ from the conference stage on Sunday

John Howell, who took over from Mr Johnson as Tory MP for Henley, told The Sun: ‘As far as I’m concerned, Boris can just f*** off.’

In an interview with the Daily Mail, he also mocked Mr Johnson’s blustering manner and insisted he would never become Prime Minister.

Former Labour trade minister Lord Digby Jones was applauded when he condemned Mr Johnson as ‘irrelevant and offensive’ from the conference stage on Sunday.

A clearly tetchy Mrs May was repeatedly grilled over her rival’s manoeuvring during a round of interviews this morning – but tried to ignore the questions by talking about her other priorities.

With a grim smile, Mrs May said she expected Mr Johnson’s speech to a fringe meeting to be a ‘lively event’.

But she insisted she was focused on improving opportunities for young people and delivering her Brexit deal.

Downing Street made a bold bid to distract from the circus around Mr Johnson today by unveiling the government’s post-Brexit immigration policies, saying EU nationals will in future be treated the same as people from all around the world.

A move to introduce civil partnerships for straight couples was also announced in an apparent attempt to drown out his anticipated onslaught.

Mrs May herself will not be watching Mr Johnson’s intervention as she is due to be doing interviews. 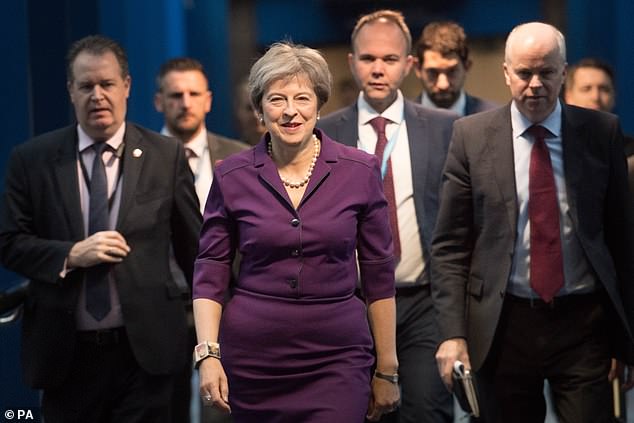 Strictly Come Dancing: Faye Tozer and Giovanni Pernice land second 40 of the series
Judge refuses blind WWII veteran permission to return home for Christmas
Astrologer reveals where you should travel to in 2019 according to your star sign
Photos show the wreckage of Amber Heard's $3mllion penthouse closet after Johnny Depp trashed it
Woman had to learn to walk again after being mauled by FIVE Bull Mastiffs aged 11
Boy, 13, who dreamed of being a professional footballer is told he'll never walk again
RICHARD KAY reveals Mike Tindall has always been the royal joker after Queen in stitches at Ascot
Michel Barnier dismisses Boris Johnson's 'unacceptable' Brexit demands