An fan has gone to ground after dressing up in blackface make-up to impersonate injured AFL star Nic Naitanui.

He posted the image to his 140 followers on Saturday afternoon as Naitanui, who has Melanesian Fijian ancestry, missed out on playing in the grand final, where the Collingwood Magpies were narrowly defeated in the final quarter, 79 to 74. 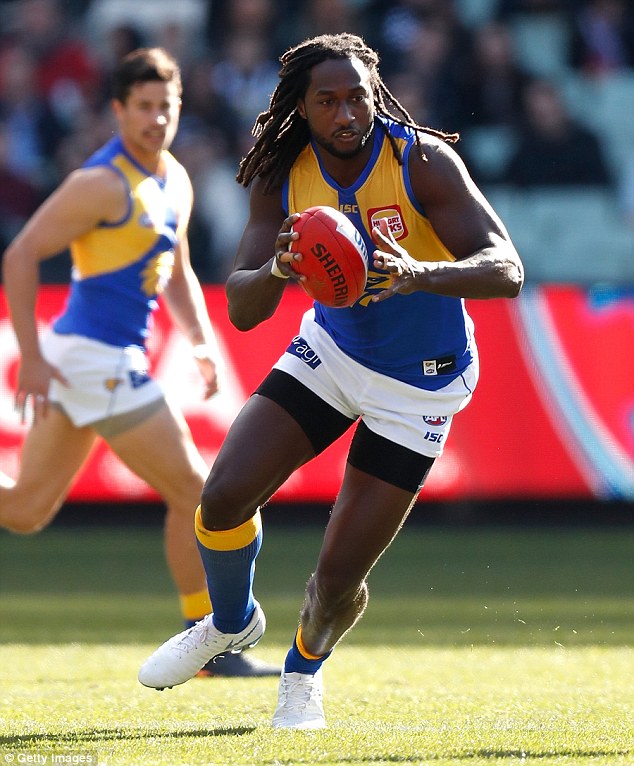 He posted the image to Facebook on Saturday afternoon as Naitanui, whose has Melanesian Fijian ancestry, missed out on playing in the grand final against Collingwood

‘Since I won’t be playing I’ll get to spend the time with my pals,’ he said.

The image, obtained by Daily Mail Australia, was soon deleted. 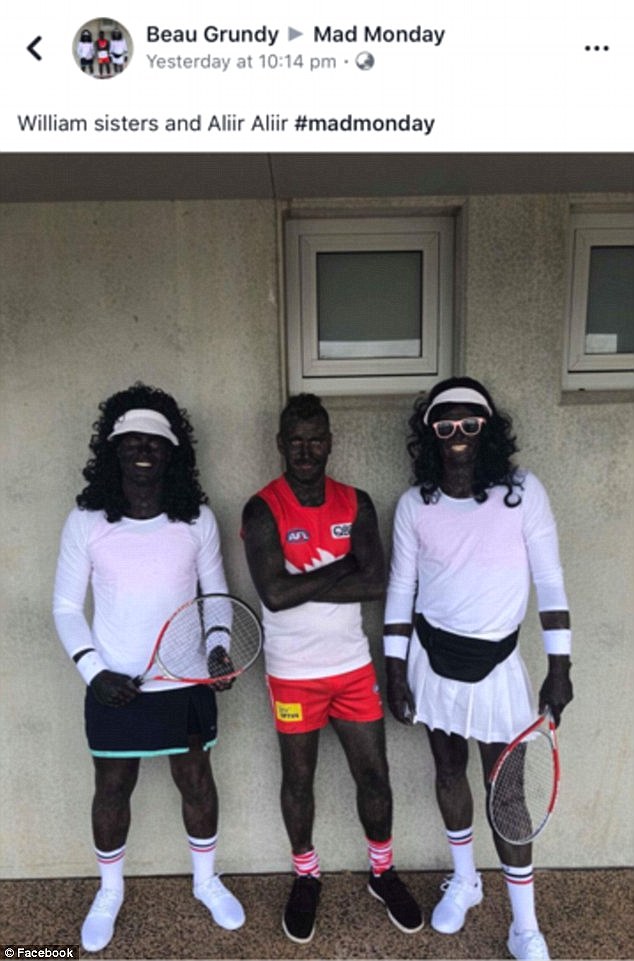 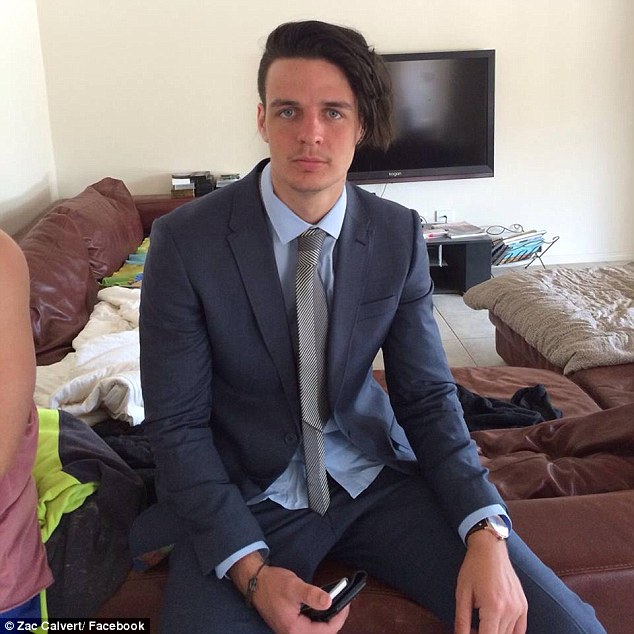 Zac Calvert was impersonating an AFL player who ancestors hailed from Fiji, where South Sea Islanders were shipped to Queensland sugarcane fields to be used as indentured labour

WHY IS BLACKFACE CONTROVERSIAL?

They caricatured Africans during an era when black people were still bought and sold as slaves.

The stage shows continued after the Civil War of the 1860s and became more common during the Jim Crow era, two decades later, when racial segregation laws were passed, particularly in the former Confederate states of the deep south.

Blackface make-up is controversial because it was commonly used during the early 19th century in the United States in Minstrel shows, where white vaudeville actors impersonated Africans, who were used as slaves until after the Civil War of 1860 to 1865.

Minstrel shows and blackface make-up continued to feature in popular American culture after the Civil War, particularly during the Jim Crow era of the late 1870s which saw the introduction of racial segregation laws, mainly in the southern states which previously had slavery.

Blackface acts were common until the U.S. Civil Rights Act of 1964 banned racial discrimination in employment.

While Calvert’s wasn’t impersonating an African-American, with his parody of Naitanui, the AFL player’s parents hailed from Fiji, where South Sea Islanders were shipped to Queensland sugarcane fields to be used as indentured labour, from the 1860s until the early 20th century. 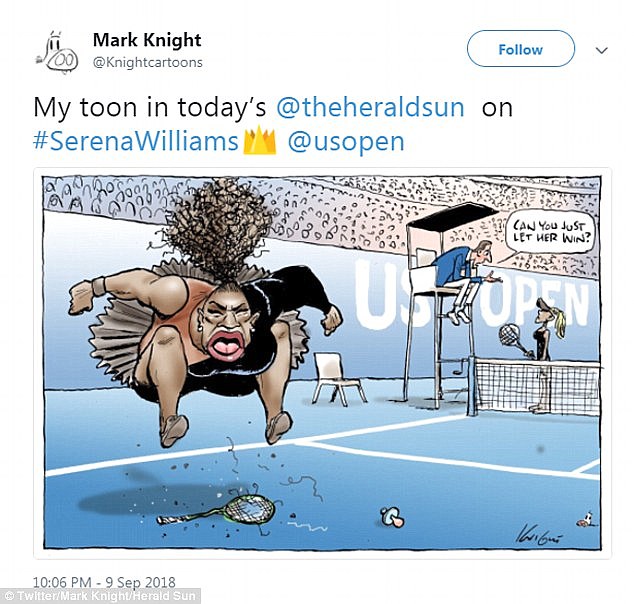 ‘It’s a cartoon about poor behaviour. It’s nothing to do with race,’ Knight told Melbourne radio station 3AW.

His employer, News Corp Australia, defended Knight against criticism from the likes of Harry Potter author J.K. Rowling by printing a front page showing how white politicians, including U.S. President Donald Trump, had been depicted with grotesque, caricature features.

This was to counter criticism that Knight had drawn Williams with big lips and frizzy hair to mock her African ethnicity.

Manchester United stars back in training as Alexis Sancez, Luke Shaw and Co head into Carrington
'Acid attack victim' rushed to hospital after liquid is thrown in face as he sat in his car
‘Drunk halfwit’ attacks new Banksy mural painted on garage wall in south Wales
Bernie Sanders fires up home crowd in Vermont in bid to reignite his 2020 campaign
At least 17 injured as two cars smash into spectators in Stevenage
Royal Navy only ordered one carrier, four patrol vessels, five subs and a frigate for next TEN YEARS
PAUL THOMAS on... Cameron's royal indescretion
Swansea Council pulls Roy Chubby Brown gig because comic 'doesn't reflect' its values