President will address a packed out arena of supporters in Wheeling, West Virginia, as he continues promoting his Senators ahead of the midterms.

His appearance comes off the back of a busy week, after watching the Senate Judiciary Committee confirm the nomination for his SCOTUS pick, Brett Kavanaugh, and being asked to launch an FBI investigation into the man at the same time.

Kavanaugh is facing multiple accusations of sexual assault, but the President has stood by his man, telling reporters he is a ‘great guy’, and his testimony, given in defense of the allegations, was ‘powerful, honest, and riveting’. 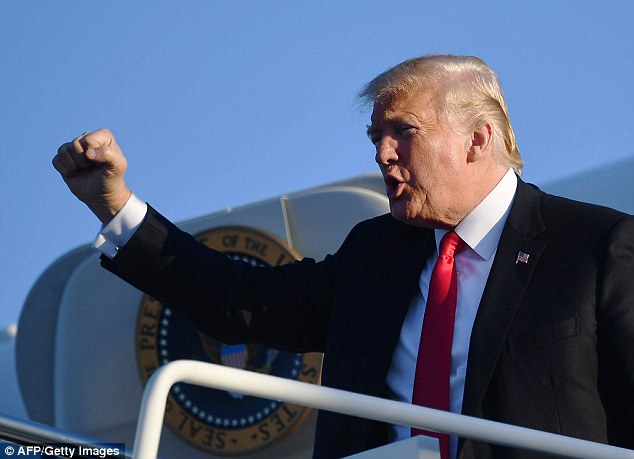 Trump was forced to order the FBI investigation after Republican Senator Jeff Flake threatened to vote against Kavanaugh’s confirmation unless Republicans who control the Senate agreed to the new probe.

Flake was supported by two other Republican moderates, Lisa Murkowski and Susan Collins, both of whom have not announced whether they would support Kavanaugh.

The FBI appear to have gone straight to work, with Kavanaugh accuser Deborah Ramirez claiming she had already been contacted.

On Saturday night, Trump will be spruiking the state’s Attorney General, US Senate nominee Patrick Morrisey, who is challenging Democratic incumbent Joe Manchin.

Trump left the White House at 9.57am and his motorcade rolled toward Trump National Golf Club, in Sterling, Virginia.

He arrived at Trump National at 10.36am, and is believed to have hit the golf course before departing about four hours later.

At 4.36, he tweeted: ‘Heading to West Virginia now. Big Rally. Will be live on Fox News tonight. Long lines, but will be great!’ 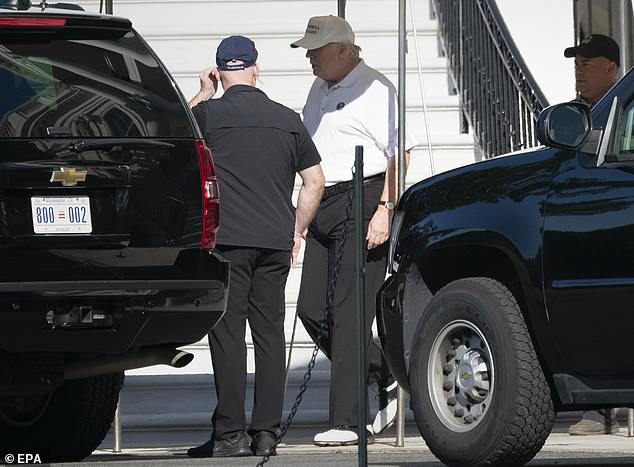 Trump departs the White House as he heads for Trump National Golf Club in Sterling, Virginia