It’s a question that has vexed bar-room philosophers since time immemorial: when, exactly, is it Beer O’Clock?

Now new research has found that the perfect time to enjoy a pint is 5.30pm on a Saturday – and ideally in the beer garden of a country pub, in the company of your partner, and with a bag of crisps on the side.

It should be served with a head of 9mm – or a third of an inch – and should take 28 minutes to quaff. 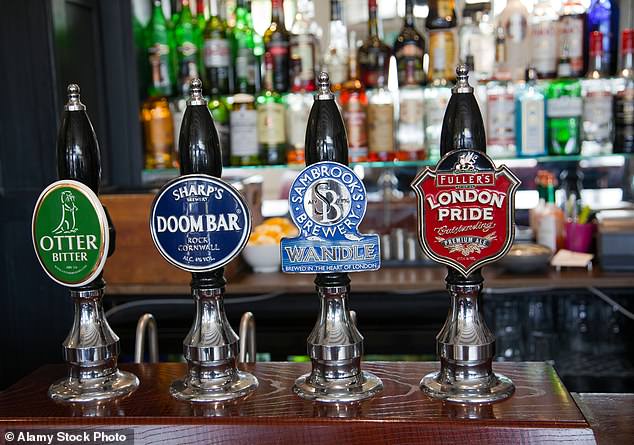 New research has found that the perfect time to enjoy a pint is 5.30pm on a Saturday [File photo]

That’s according to a survey of 2,000 drinkers, nearly half of whom thought that beer is crucial to our national character.

Yet almost a quarter said they rarely drink a faultless pint, with common complaints being the beer is served at the wrong temperature or in a dirty glass.

And in pubs, loud music, high prices and poor selections of beer are all turn-offs. 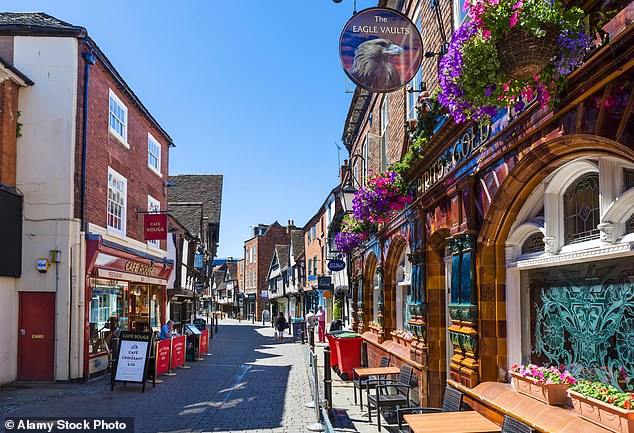 A survey of 2,000 drinkers found nearly half thought that beer is crucial to our national character. Pictured above is Worcester’s Friar Street which is known for its nightlife [File photo]

Mail on Sunday columnist Olly Smith said his formula for a perfect pint is ‘the best available that’s closest to home’.

He said: ‘For me, that’s either Harvey’s Best Bitter for a traditional brew or anything by Burning Sky for their inventive and passionate craft. Of course, if the pint isn’t served in good condition you might as well rinse your socks and drink that instead.’

According to the survey, more than one in five adults think it has become harder to get a decent pint in the past decade. 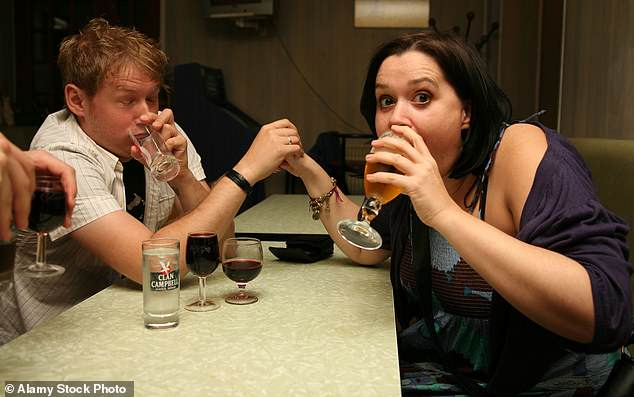 Roger Protz, editor of the Good Beer Guide, added: ‘In Britain, beer is so much more than just a drink. It’s reassuring to see that Brits are more passionate than ever about doing things properly when it comes to enjoying beer.’

Pub and bar groups saw sales rise 2.7 per cent in July – but takings in restaurants were down 4.8 per cent, figures revealed.

Peter Martin, of business consultancy CGA, which compiled the figures, said: ‘Continued sunshine and England’s longer than expected participation in the World Cup meant July followed a similar pattern to the previous month of June, when pubs were up 2.8 per cent, except that restaurants were hit even harder.

‘The fall of 1.8 per cent in restaurant trading in June just got worse in July. Drink-led pubs and bars performed by far the strongest with like-for-likes up more than restaurants were down. Food-led pubs also suffered in the sun, although not as dramatically as the restaurant operators.

‘It seems people just wanted to go out for a drink. Across managed pubs and bars drink sales were up 6.6 per cent for the month, with food down three per cent.’

Paul Newman, of leisure and hospitality analysts RSM said: ‘These results continue the trend we’ve seen since the end of April. Weather and the impact of major social or sporting events remain the biggest factors when it comes to sales in the out-of-home market.

‘It comes as no surprise that restaurant groups continue to struggle, albeit a sales drop of 4.8 per cent year-on-year will be particularly painful on top of ongoing cost pressures.

‘The long hot summer could not have come at a worse time for food-led operators and time will tell whether the more moderate temperatures we’ve experienced in August will provide some much-needed respite.’

Total sales growth across pub and restaurants, including new openings, was 2.7 per cent in July, reflecting the slow down in brand roll-outs.

The Coffer Peach Tracker industry sales monitor for the UK pub, bar and restaurant sector collects and analyses performance data from 47 operating groups, with a combined turnover of over £9billion, and is the established industry benchmark.

Magnificence lovers are shedding their minds over viral mascara trick that DOUBLES the size of your ...
Attitude Awards: Scarlett Moffatt brings out her sexy side in semi-sheer tasselled jumpsuit
BA to resume flights to Pakistan after security situation improves
Jeremy Corbyn could be PM if May calls election after shock poll reveals Labour have five-point lead
Scientists eliminate HIV in the entire genome of lab mice for the first time ever
Man, 24, is found dead in a swimming pool at £3million mansion after 'drowning at house party'
Nicola Sturgeon urges crowds to 'take nation out of Boris Johnson's hands' as thousands join rally
Speculation over where Harry and Meghan will live after quitting Royal Family