A man has been rushed to hospital following a suspected acid attack as he sat in his car.

The man, who is in his forties, had a ‘corrosive substance’ thrown on his face while waiting on a West Midlands road.

Police were sent to High Street in Bloxwich, Walsall at around 6.50pm and are now investigating the circumstances surrounding the incident. 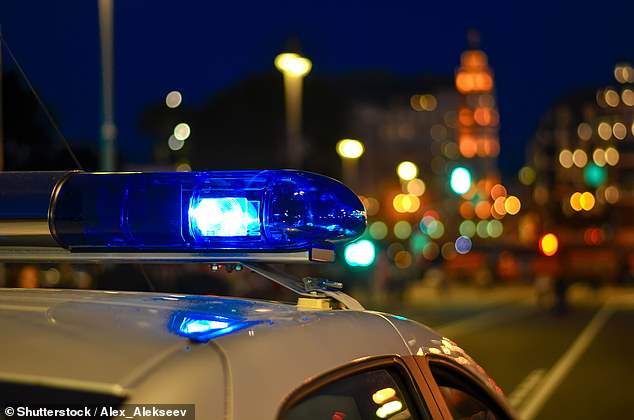 Police were sent to High Street in Bloxwich, Walsall at around 6.50pm today following reports of an incident

A spokesman for West Midlands Police said: ‘The investigation is at an early stage, the motive is unknown and police are keeping an open mind.

‘A number of enquiries are underway, including a CCTV trawl, officers are also trying to identify what the substance was.

‘At this stage officers believe this to be an isolated incident.’

Skateboard saves a 13-year-old boy was struck by lightning
Personal trainer shares her three step process to getting washboard abs FAST
MORE migrants land in Kent as 119 are caught since Christmas
Buffy The Vampire Slayer star Nicholas Brendon, 48, charged with domestic violence
Travellers parade through the streets of Appleby dressed to the nines and on horseback
Sarah Sanders is OUT: Trump press secretary will leave at end of month
Paul Hollywood spends £225,000 on a new Aston Martin
Nora Quoirin: Schoolgirl was alive in Malaysian jungle for a week before starving to death