United States captain Jim Furyk insisted there was “no dark cloud” over his team as they attempted to bounce back from an unprecedented whitewash in the Ryder Cup.

After losing the opening fourballs 3-1, Europe won a foursomes session 4-0 for the first time in the contest’s history to take a 5-3 lead into the second day at Le Golf National in Paris.

“There was no dark cloud in our (team) room last night,” Furyk said. “We’ll regroup. We’re looking for a solid morning, try to get that momentum back.”

Furyk unsurprisingly kept faith with his fourball pairings from the opening day, giving Tiger Woods and Patrick Reed a chance to gain revenge against Tommy Fleetwood and Francesco Molinari, who won both of their matches on day one.

Woods, who was almost unrecognisable due to wearing a woolly hat on top of a baseball cap in the chilly conditions, had the chance to strike an early blow on the opening hole but missed from 10 feet for birdie.

But a solid par was a lot better than some of the golf being played elsewhere in a somewhat scrappy start, with Rickie Fowler finding the water off the tee on the first and partner Dustin Johnson doing the same with his third shot. 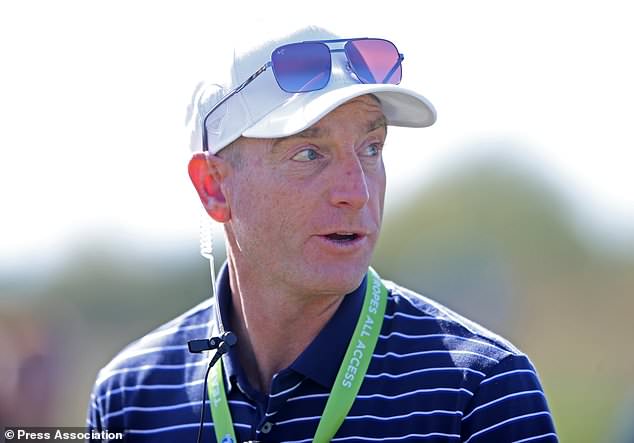 That gifted the hole to Paul Casey and Tyrrell Hatton, although Casey then found the water on the second and Fowler made certain of winning the hole with a birdie from 12 feet.

Rory McIlroy and Sergio Garcia were up against Brooks Koepka and Tony Finau in the opening match and took the lead thanks to McIlroy’s birdie on the third, the four-time major winner getting up and down from a greenside bunker on the par five.

In the final match, Jon Rahm also found water on the first but team-mate Ian Poulter’s par was enough to halve the hole with Justin Thomas and Jordan Spieth.

In contrast to Furyk, opposite number Thomas Bjorn had to be concerned with keeping his players’ feet on the ground after their brilliant performance on Friday afternoon.

“That was my thought all the way back to the hotel, how am I going to keep this down to where it needs to be, but when I got in the team room they were all calm and relaxed,” Bjorn said.