Love Island’s Amber Davies has claimed that ‘two dangerous men’ tried to bundle her into a car after a night out with Louise Redknapp.

Taking to and the Welsh TV personality revealed she and her sister Jade were approached by two men outside the STK restaurant on , after enjoying an evening with her 9 to 5 The Musical co-stars.

In her now-deleted posts, Amber warned fans to be vigilant when out and about at night, adding that she had contacted the police over the incident. 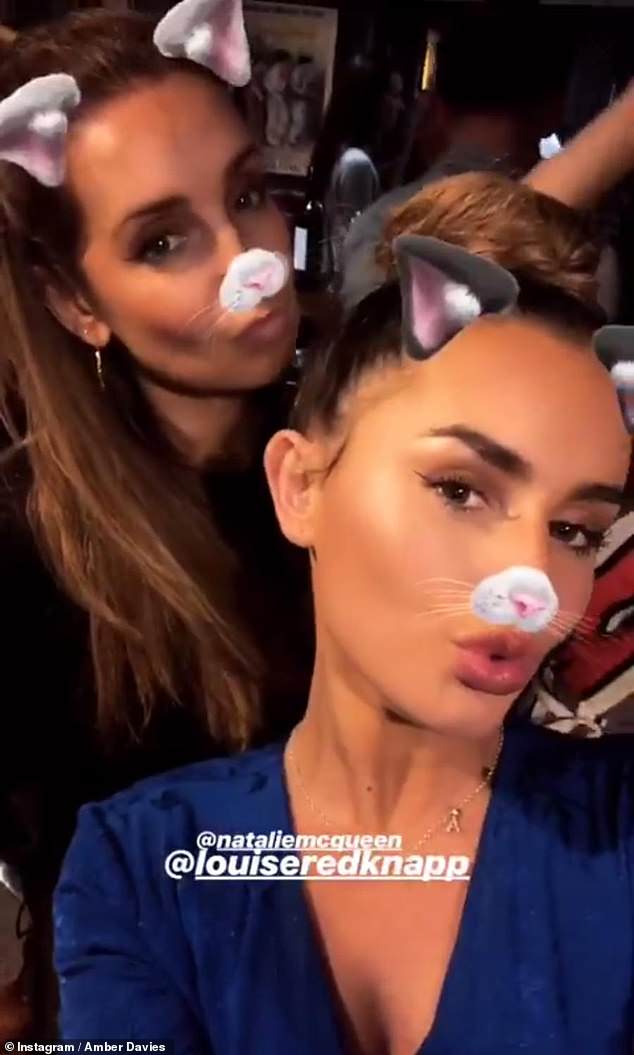 Shocking: Love Island’s Amber Davies has claimed that ‘two dangerous men’ tried to bundle her into a car after a night out with Louise Redknapp

Documenting the evening on social media, Amber’s night out began in fun fashion, as she posted snaps with Louise and their co-star Natalie McQueen.

The trio looked to be having a whale of a time as they downed drinks, and Louise was later spotted being helped into a car by a male friend looking worse for wear.

Amber’s later snaps then show her in STK having dinner with her sister, after it seems she parted ways with Louise, Natalie and their musical co-stars.

But the night seemingly turned sinister as Amber later took to Twitter to reveal that she and Jade had been approached by the two strangers. 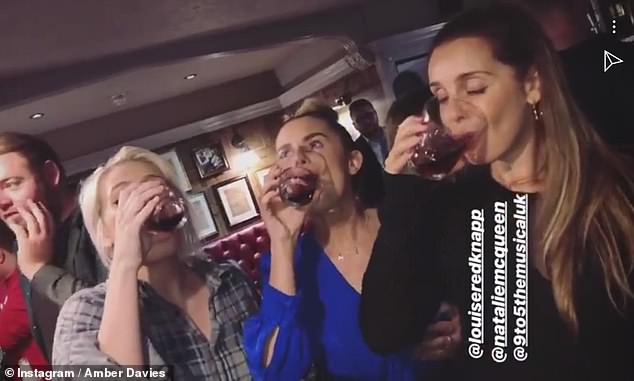 Hard: The former Love Island star’s evening started in fun fashion as she downed shots with Louise and Natalie McQueen, with whom she’s to appear in 9 to 5 The Musical 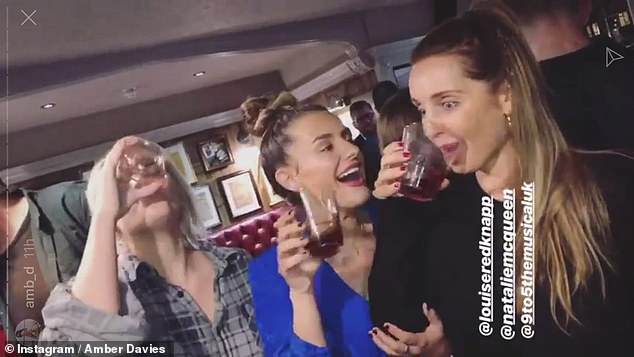 Loving it: The group looked to be having a whale of a time as they enjoyed drinks together

Out together: But Amber’s evening seemed to take a sinister turn as she documented on social media that evening – though a majority of the posts have since been deleted 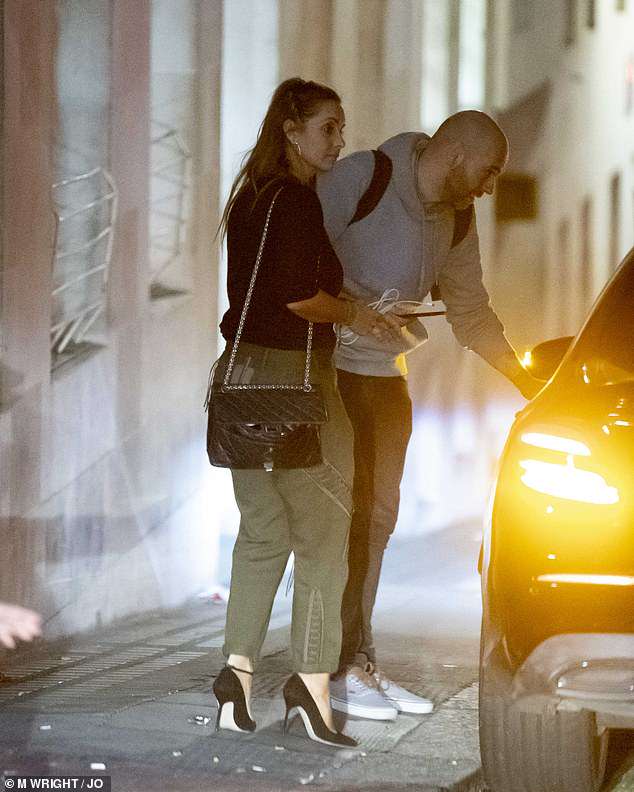 Gone: It seems Amber and Louise parted ways before the incident, with the star being seen as she left the bar and headed home with a male pal

In an angry post regarding what had happened outside the venue she wrote: ‘VILE BEHAVIOUR. @eatSTK I have informed the police. I want every person in that restaurant to me SAFE. F***ing disgrace.’

It was the caption for a post she re-shared from her sisters Instagram stories, which read: ‘Guys if anyone is planning on heading to STK London any time soon under radio bar please be careful!’

‘Two dangerous looking men tried very hard to get me and my sister into a car with bad intentions! Just please be aware and keep your wits about you! Very scary.’ 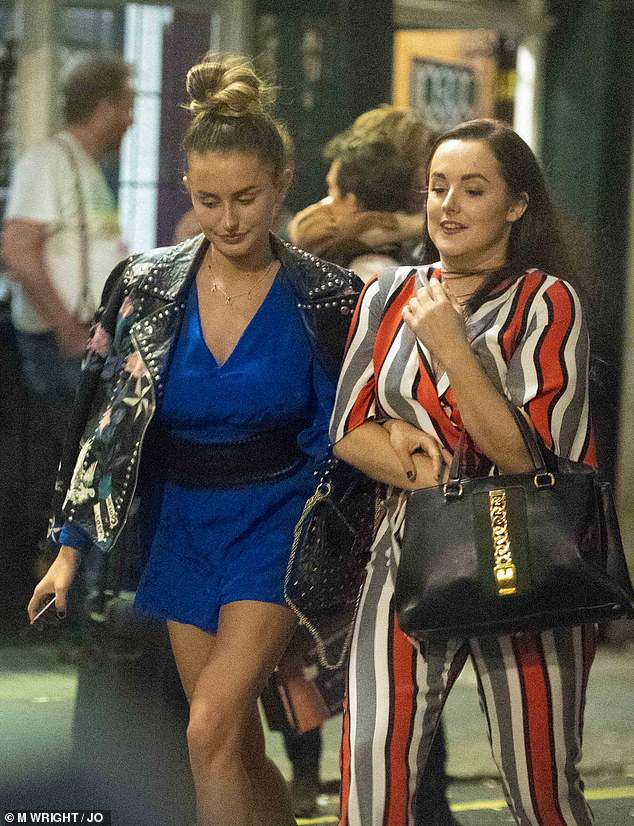 Irate: Amber said that she headed to the STK restaurant in London with her sister Jade, and later tweeted that two men approached them outside

Angry: She also retweeted a post from her sister saying that men with ‘bad intentions’ tried to lure them into a car 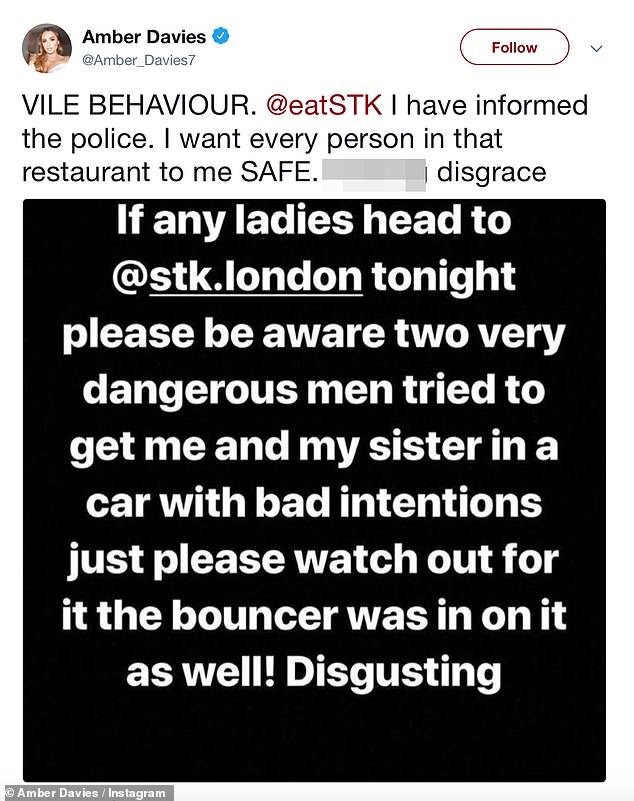 Furious: The TV personality fumed on social media that she had spoken to the police about the matter, thought she has since deleted a majority of her posts

Important: STK has since replied to Amber’s post to say that the are looking into the matter

Amber then also posted a snap of the two men in question on both her Twitter and Instagram Stories, which she quickly deleted.

Amber later wrote: ‘Tonight has been a massive eye opener. Couldn’t care who I am where I come from.  I want every person to be safe walking outside of @eatSTK tonight. F*****g wow.’

Supportive: Amber also shared messages from other women on her Instagram Stories who claimed that they had been through the same experience 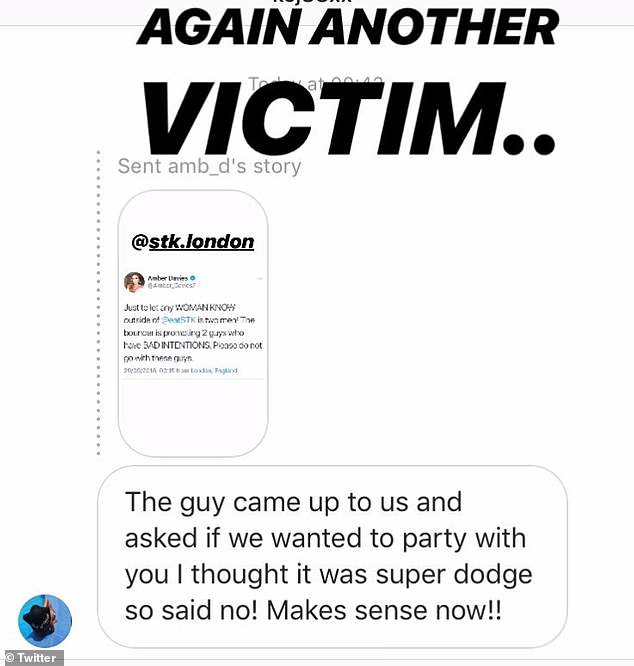 Truthful: Amber also later posted: ‘Tonight has been a massive eye opener. Couldn’t care who I am where I come from. F*****g wow’

Since then all of Amber’s posts – bar her reply to STK – have been deleted, but she also shared posts from other women who claimed they had been through the same experience.

MailOnline has contacted representatives for STK London and Metropolitan Police for further comment.

Dressed up: After her night out with Amber Louise was also seen leaving a restaurant in London, oozing casual chic in a black top and green baggy trousers 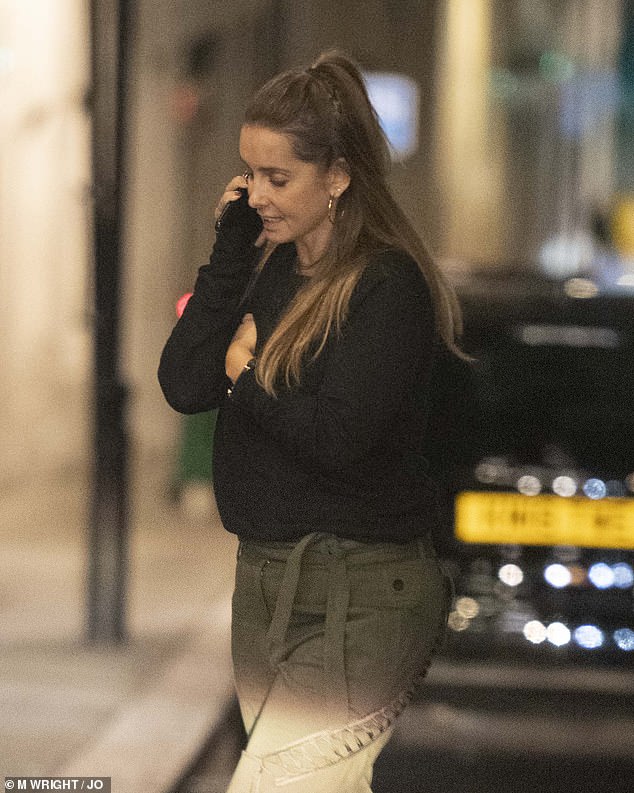 Annoyed: The star seemed predominantly distracted by a phone conversation as she stood on a London street 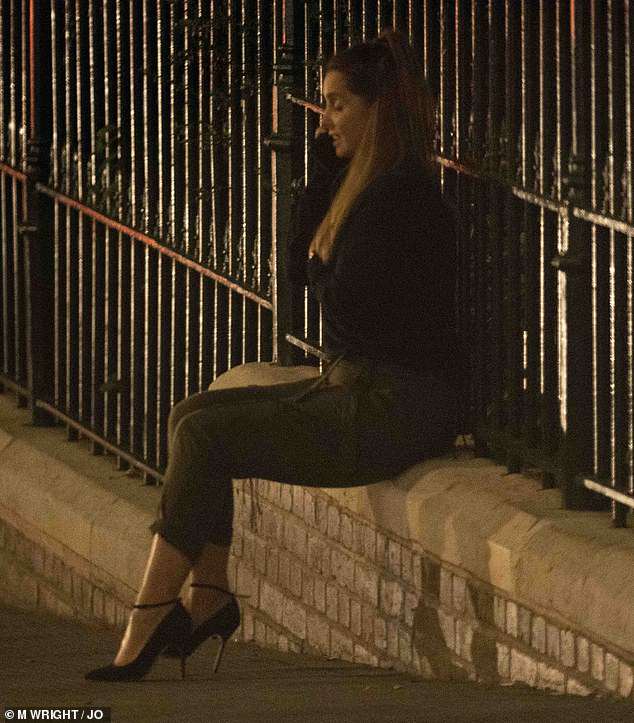 Private: Perching on a wall away from the drunken revellers, Louise seemed deep in conversation 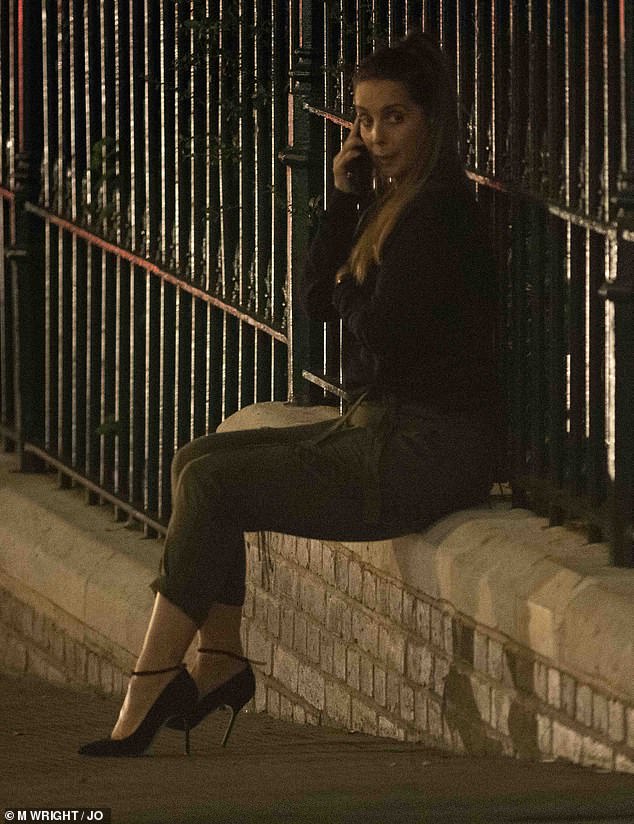 Chic: The star accessorised her look with black stiletto heels and her brown tresses in a half-up half down style