Pope Francis has defrocked the Chilean priest at the center of the global sex abuse scandal rocking his papacy, in a decision the Vatican has said ‘is for the good of the church’.

Francis has invoked his ‘supreme’ authority to stiffen a sentence originally handed down by a Vatican court in 2011.

In a statement Friday, the Vatican said Francis had laicized the 88-year-old Rev. Fernando Karadima, who was originally sanctioned to live a lifetime of ‘penance and prayer’ for having sexually abused minors in the upscale Santiago parish he ran, a sentence the clergy consider to be the equivalent of a death sentence. 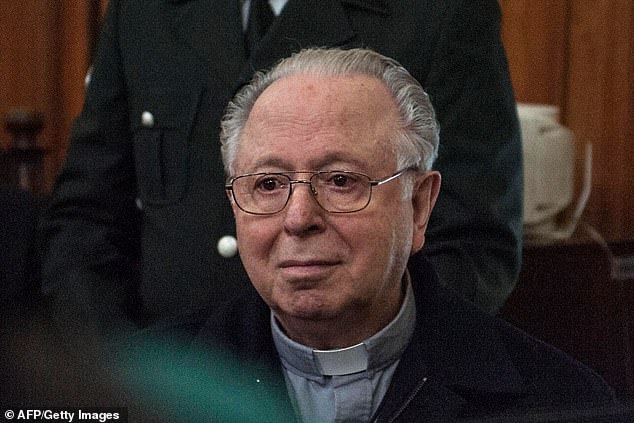 The ‘penance and prayer’ sanction has been the Vatican’s punishment of choice for elderly priests convicted of raping and molesting children. It has long been criticised by victims as being too soft and essentially an all-expenses-paid retirement.

The Vatican didn’t say what new evidence, if any, prompted Francis to re-evaluate Karadima’s sanction. It said Francis made the ‘exceptional decision’ for the good of the church, and cited the church canon that lays out the pope’s ‘supreme, full, immediate and universal power’ to serve the church.

The decree takes effect immediately and Karadima was informed accordingly.

The decision is a ‘get-tough approach’ to sex abuse after a series of missteps by Francis, as well as accusations by a former Vatican ambassador that Francis had rehabilitated a now-disgraced former American cardinal early on in his papacy.

While the move will be welcomed by Chilean victims as overdue, the decision could spark a religious debate for those who see it as a second punishment for the same crime. Francis’ conservative critics might also bristle at another display of raw papal power from the Argentine Jesuit.

However, pollsters have cited the Karadima scandal, which first erupted in 2009, as the tipping point in the Chilean church’s progressive loss of credibility among ordinary Chileans. 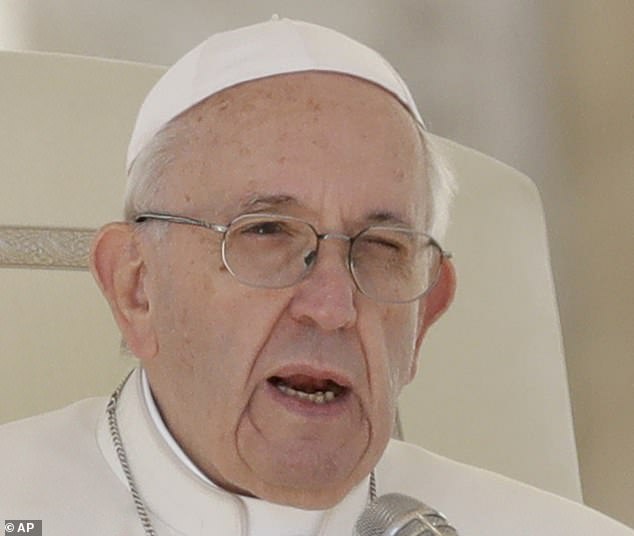 Juan Carlos Cruz, a survivor of Karadima’s abuse who has been a key driver in pushing for justice for victims and an overhaul of the Chilean hierarchy, thanked Francis for taking action against Karadima.

‘I hope many survivors feel a bit of relief today.’

Francis had also sparked a crisis in his papacy earlier this year when he strongly defended one of Karadima’s proteges, Bishop Juan Barros, against accusations that he had witnessed Karadima’s abuse and ignored it. 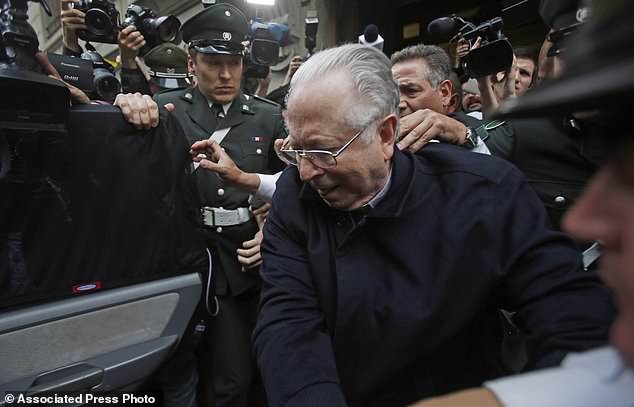 Pope Francis defrocked Fernando Karadima (pictured), who has been at the centre of the global sex abuse scandal

Francis had claimed that the accusations against Barros were ‘calumny’ and politically motivated, and he defended his 2015 decision to appoint Barros bishop of a small Chilean diocese, over the objections of the faithful and many in the Chilean hierarchy.

After realising that something was amiss, Francis ordered a Vatican investigation that uncovered decades of abuse and cover-ups by the Chilean church’s leadership. Francis apologised to the victims and set about making amends, including getting every active bishop in Chile to offer to resign.

To date, he has accepted seven of the more than 30 resignations offered, including that of Barros.

It was the second time in a month that Francis has laicized a Chilean priest, after five years in which the Vatican appeared to favor less drastic sentences.

On September 15, the archdiocese of Santiago announced that Francis had defrocked the Rev. Christian Precht, citing the Latin terminology – ‘ex officio et pro bono Ecclesiae’ – on his own authority and for the good of the church.

Francis has said he has ‘zero tolerance’ for abuse, but his record has been shoddy and the Barros fiasco made clear that, at least until he changed course this spring, he was more willing to believe his clerical friends and advisers than victims.

Billionaire James Packer speaks candidly about his broken engagement to Mariah Carey
California wildfires' death toll rises to 23 and 110 still missing
Heartwarming moment tourists save a turtle stranded on a Maltese beach
McDonald's worker, 26, who tried to drown her newborn son will serve no jail time
Arsenal stars Mesut Ozil and Sead Kolasinac are all smiles after car chase
El Paso police say there's an active shooter in a local mall
Mother says she wanted to chop her own legs off because 'they are six sizes bigger than her top'
Having more than 10 sexual partners almost DOUBLES women's risk of cancer, study claims