A knifeman has gone on a brutal stabbing rampage through a German town – leaving three people injured.

One of the victims was said to have received ‘life-threatening injuries’ in the attack in Ravensburg, Baden-Württemberg, although the condition of the other two victims has not yet been revealed.

Paramedics responded to injured people in several places around the town center as the knifeman ran through the streets reportedly armed with a ‘kitchen knife’. 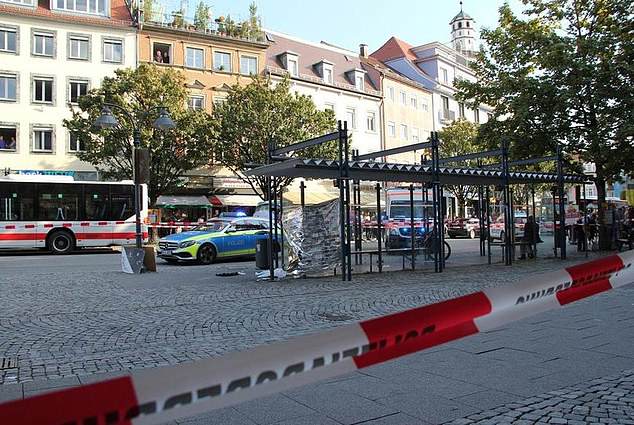 During the stabbing frenzy, which took place at around 4pm in the small market town, pedestrians fled into shops as they scrambled to get out of the attacker’s way.

One of the victims was said to have been a man eating at a local restaurant with his family who tried to fight off the attacker with a chair.

Local website  said he suffered cuts to his back and arm during the struggle.

Police later confirmed the suspect has been arrested and the area around the town’s main square has been cordoned off as they deal with the wounded. 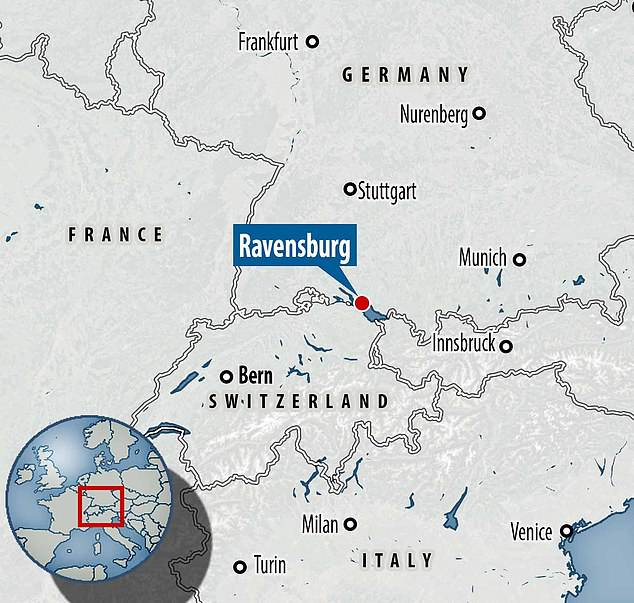 The town of Ravensburg has a population of 50,393 and is located in the Baden-Württemberg district 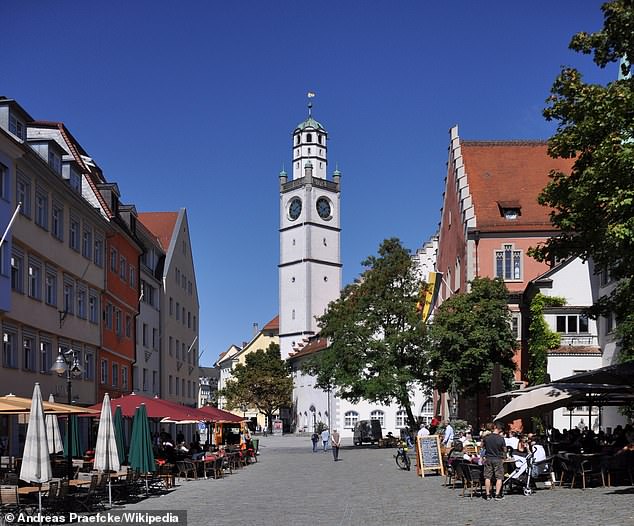 Crew shooting cop brutality scene where Eric Garner died halts production
EU recalls Tanzania ambassador amid call for gay arrests
Chances of super-soft Brexit deal increase as Labour bid to woo Tories with Norway-style agreement
Police arrest a woman after a three-year-old girl found wandering streets of Newquay alone at 3.30am
Britons are urged to stay away from beaches today with dry, sunny weather and 66F highs
Does the Covid-19 app work? Cases tumbled on the Isle of Wight during test of NHS software
China's Long March 4B rocket booster explodes and crashes into town
Manchester bomb victim's mother says she 'may as well be dead' herself