Luka Modric was brought down to earth with a bump just hours after being named the world’s best player as suffered a crushing defeat on Wednesday night.

The Croatian midfield maestro could only watch on as Andre Silva gave Sevilla the perfect start against the European champions and joint league leaders by scoring from close range in the 17th minute after a mix-up between Real’s out-of-form defender Marcelo and midfielder Casemiro.

AC Milan loanee Silva pounced four minutes later after poor goalkeeping from Thibaut Courtois, netting for the sixth time this season and moving above Lionel Messi as the top scorer in Spain, although Gareth Bale almost pulled one back for Real when his shot struck the post. 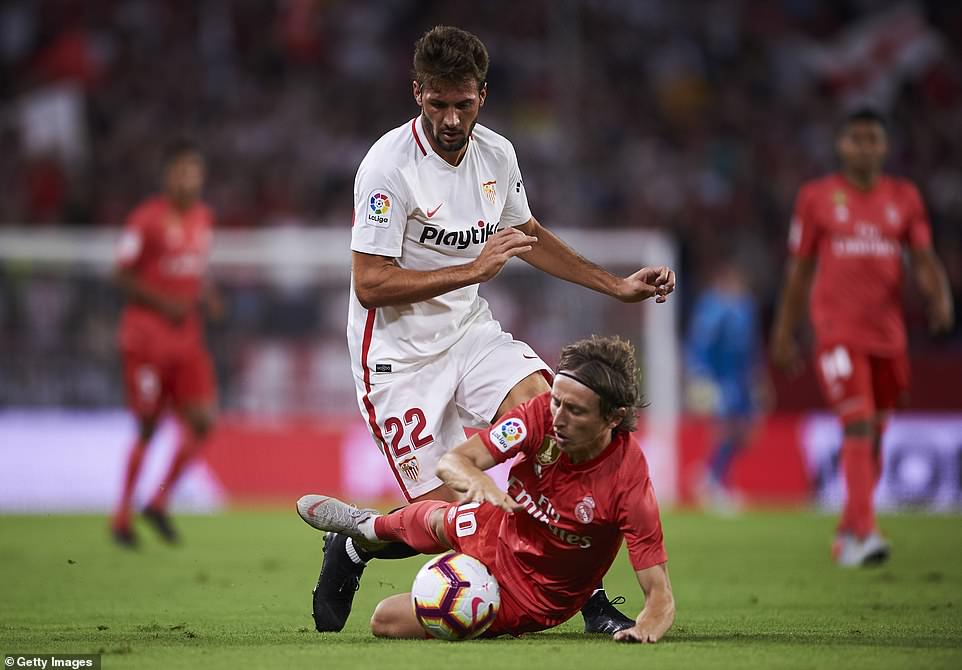 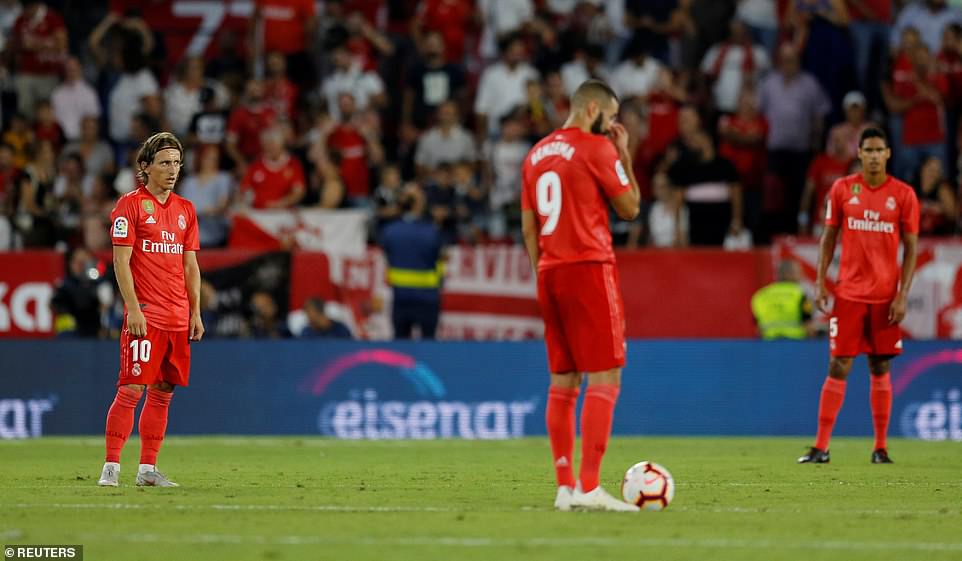 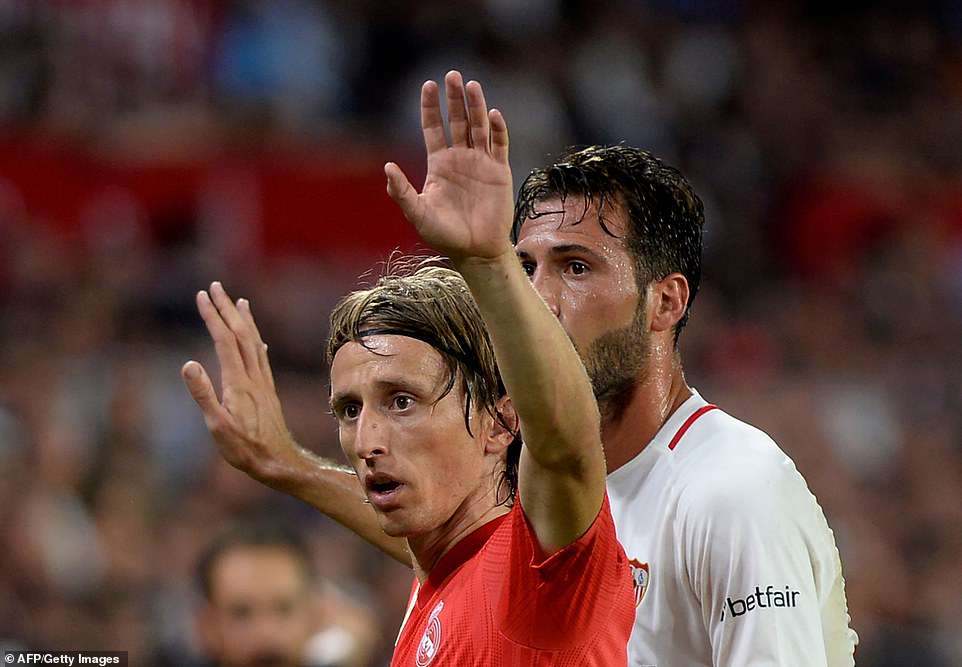 Sevilla were relentless throughout the first half and after Franco Vazquez hit the bar, striker Wissam Ben Yedder scored in the 39th minute for his sixth goal in a week.

Modric thought he had given his side hope of mounting a comeback by clipping the ball over the goalkeeper in the 53rd minute but his effort was ruled out for offside.

Modric’s frustration was compounded by a booking for dissent in the 65th minute before he was taken off six minutes later. 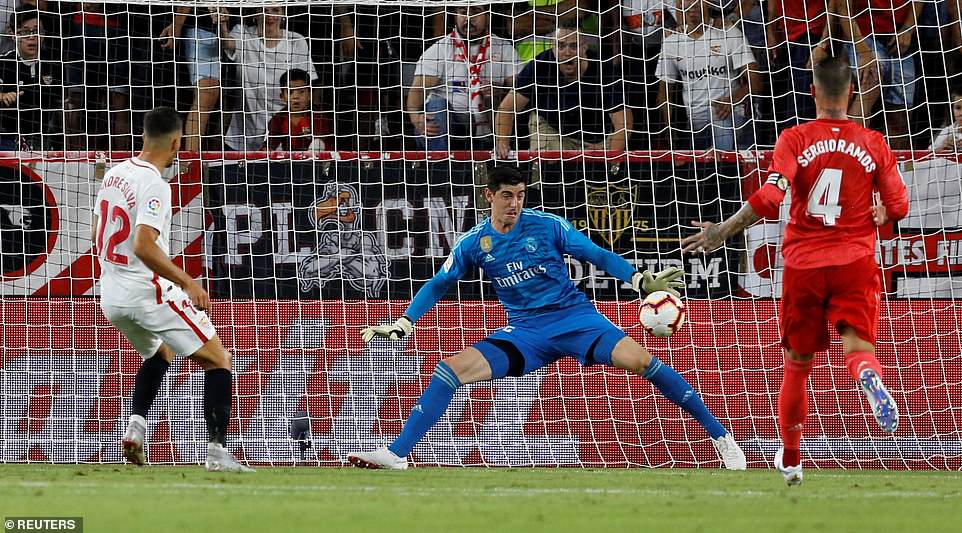 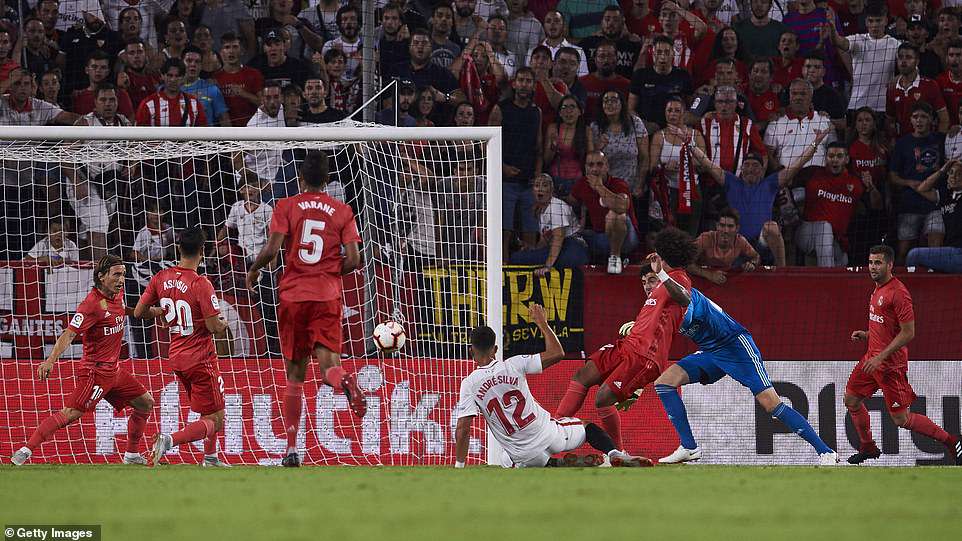 The 33-year-old won his third Champions League title in a row in May and guided Croatia to their first World Cup final in July.

Real’s wretched night continued as Marcelo then limped off, casting doubt on his chances in playing in Saturday’s derby against Atletico Madrid.

The timing of Marcelo’s injury also went against Real, who had to play the final few minutes with 10 men as coach Julen Lopetegui had already made the maximum three substitutions. 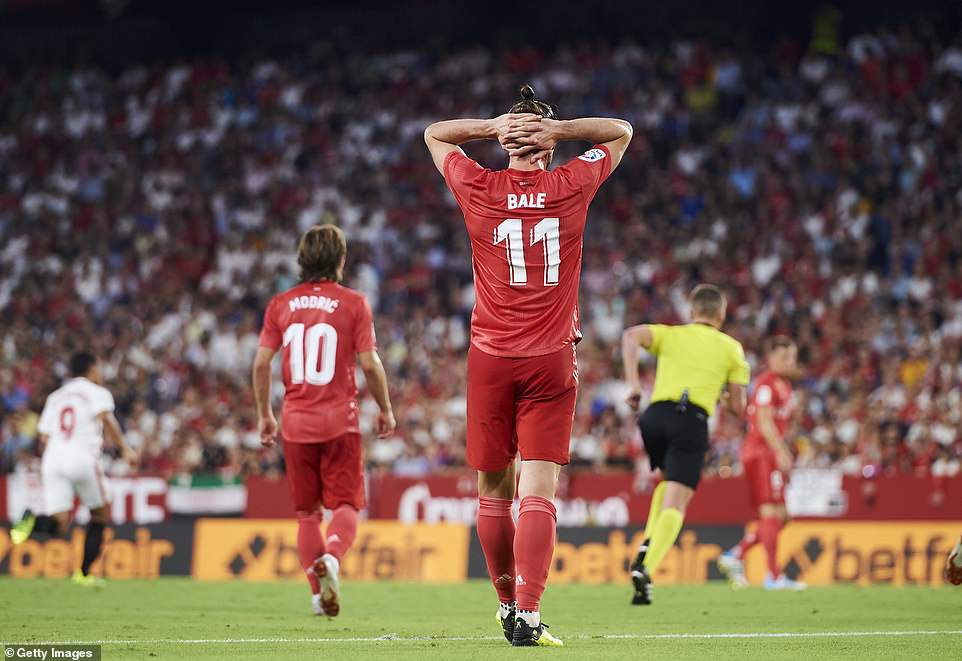 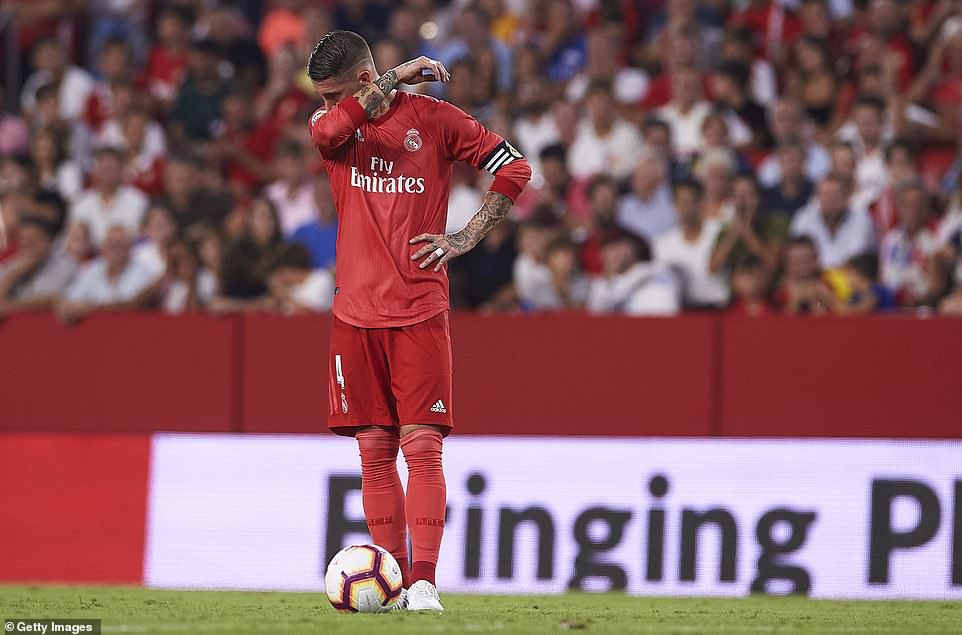 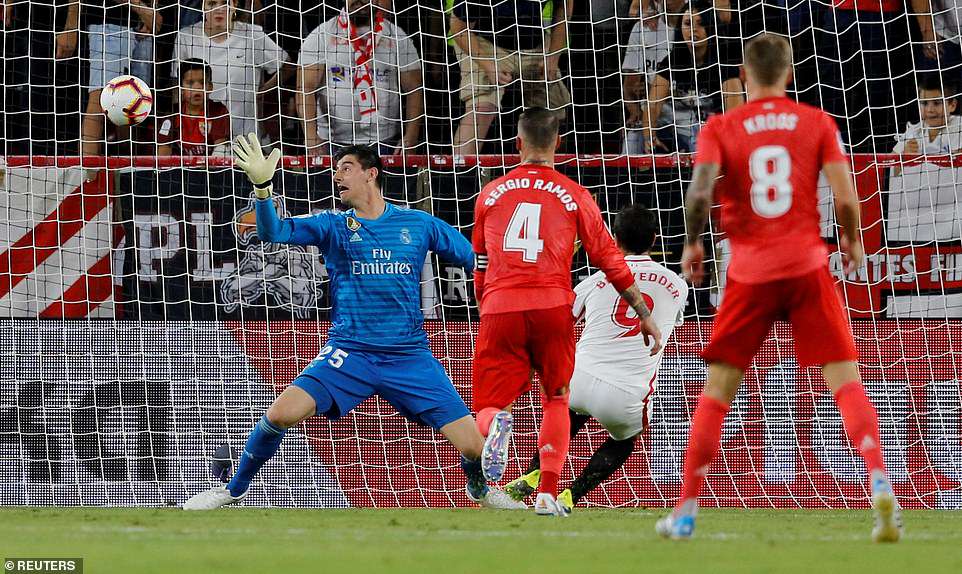 The picky women of Take Me Out reveal what they DON'T want in a boyfriend
Comcast plans to roll out new video-streaming device -...
Experts believe viruses may be the answer to beating superbugs
Mass riots break out after girl, seven, is kidnapped by motorcyclist and raped in India
SEBASTIAN SHAKESPEARE: The passionate life of Claire Ward
Tube passenger suffers severe head injuries after he 'fell in front of Jubilee line train'
Britain's BEST chippies are revealed in National Fish and Chip Awards 2020
BBC broadcaster and teacher Simon Warr dies after cancer battle