Julie Swetnick, the third woman to come forward with allegations of sexual assault against Brett Kavanaugh, said in a television interview that he does not belong on the Supreme Court.

‘From what I experienced firsthand, I don’t think he belongs on the Supreme Court,’ Swetnick said. ‘I just want the facts to come out and I want it to be just and I want the American people to have those facts and judge for themselves.’

She spoke with John Heilemann for Showtime’s ‘The Circus.’ A brief clip of her interview aired on MSNBC’s .

Her interview comes as Kavanaugh prepares to testify before the Senate Judiciary Committee on Thursday against allegations made by Christine Blasey Ford. 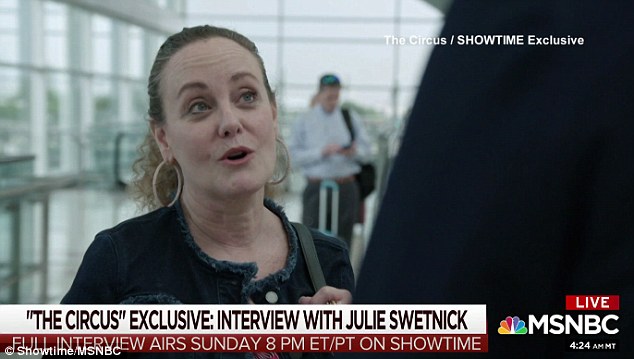 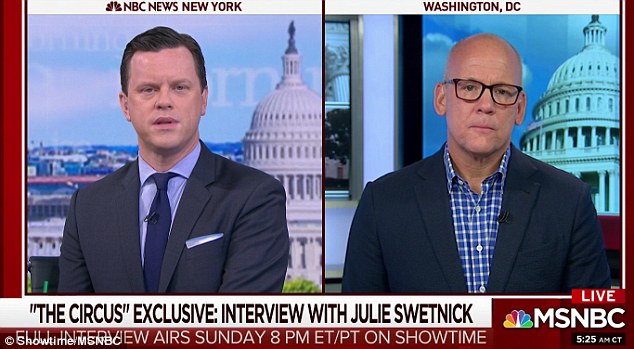 She gave an interview to Showtime’s ‘The Circus’

Swetnick said his behavior is a disqualifying factor in his Supreme Court nomination.

‘That’s not the type of behavior anybody at any age should do. I don’t think women should be treated that way and I don’t think any human being should treat people that way,’ she said.

She also disputed questions on her allegations against Kavanaugh, saying she has been thinking about it since it happened.

‘It wasn’t that I wanted to come out one day before the hearing. It just turned out that way. This is something that occurred a long time ago. And it’s not that I just thought about it. It’s been on my mind ever since the occurrence,’ she said.

Swetnick, in a bombshell allegation on Thursday morning, accused Kavanaugh and his friend Mark Judge were there as she was abused by a ‘train’ of teenage boys. 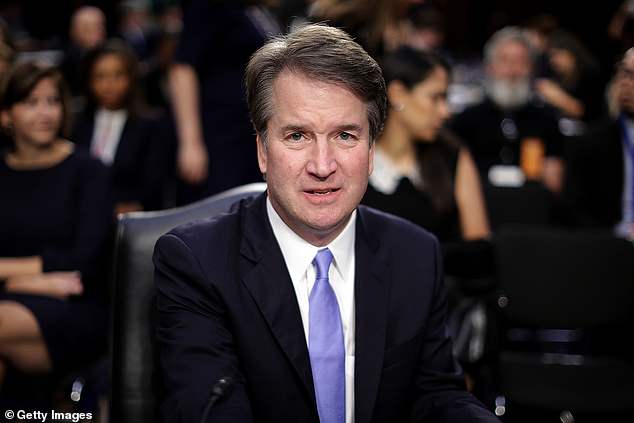 Brett Kavanaugh has denied the allegation 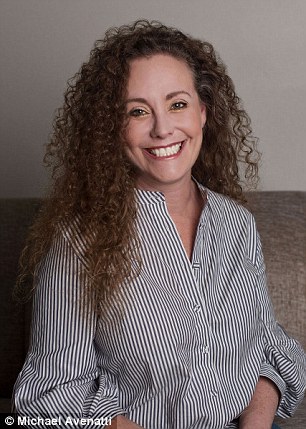 She said she was drugged ‘using Quaaludes or something similar’ which had been put in her drink – and that Kavanaugh and his friends would spike ‘punch’ at parties with grain alcohol or drugs to ’cause girls to lose inhibitions and their ability to say ‘No’.’

Swetnick does not accuse Kavanaugh of participating in her rape, but said he and Judge were present when it occurred. She also said she saw Kavanaugh and Judge lined up at other parties “waiting for their ‘turn’ with a girl inside the room.”

Kavanaugh has denied the allegation.

‘This is ridiculous and from the Twilight Zone. I don’t know who this is and this never happened,’ he said in a statement released by the White House.

Judge was the teenage boy Christine Blasey Ford charged with being in the room when Kavanaugh sexually assaulted her at a high school party in the 1980s.

Kavanaugh also has denied her charge and a second allegation from Debra Ramirez, who claims the Supreme Court nominee exposed himself and thrust his penis in her face, forcing her to touch it when she pushed him away at a college party when they were at Yale.

Ford will also testify before the Senate Judiciary Committee on Thursday.

President Trump is standing by his nominee but said at a press conference Wednesday he would be watching the testimony and reserved the right to change his mind on Kavanaugh.

‘If I thought he would was guilty of something like this sure,’ the president said when asked if there were any circumstances he would name a new person to the Supreme Court.

JJ Redick slams Twitter customers who accused him of doing nothing when he 'noticed a toddler caged ...
High school wrestling coach is arrested for abducting 16-year-old girl
Police: Man in a wheelchair charged with murdering three relatives
Dow Jones opens UP 350 points after two straight days of plunges
Why Rihanna, Beyonce, Taylor Swift, and Blake Lively skipped Met Gala 2019
Josh Duggar joins his family at theme park after his business was raided by Homeland Security
Jessica Mulroney plans dream weddings in the first trailer for her new Netflix series I Do, Redo
'World's worst cat' who went viral after shelter posted an ad of her is living it up in her new home