A marble bust of a Roman emperor unearthed in a house clearance has sold for almost £160,000 – despite having a huge crack in its neck.

Experts did not think the 2ft bust of the first Roman Emperor Augustus would sell for more than £10,000.

They also believed the item dated from the 19th century, but the global interest suggests it is older. 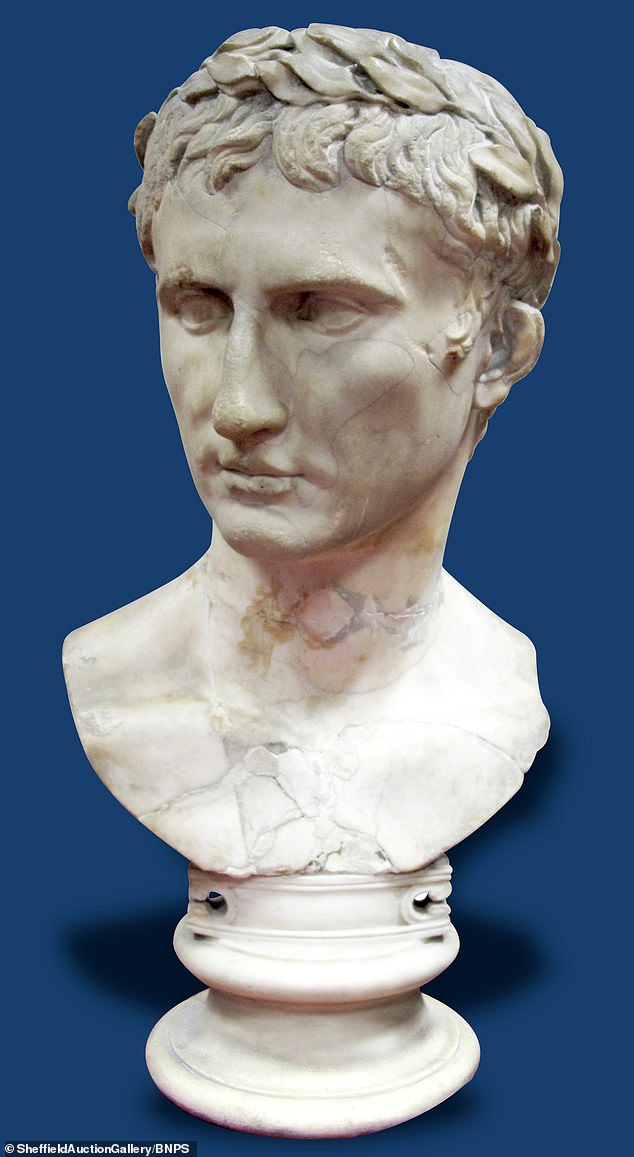 The 2ft bust of the first Roman Emperor Augustus sold for almost £160,000 at auction

It sparked a massive bidding war and sold for almost 16 times its estimate.

The anonymous successful bidder paid a hammer price of £129,000 but with fees, the total was £157,000. Liz Dashper-Johnson, of Sheffield Auction Gallery, said: ‘We did not anticipate just what an important piece it would prove to be.’

The ultimate children's playhouse costs $44,000 and was designed to replicate a homeowners house
High levels of cocaine found in the Thames are making eels hyperactive
The most popular profiles of mature online daters are revealed
Chef wins £4.2 MILLION with an £8 online bet… but still turns up for work the next day!
Sex and the City star Kim Cattrall, 62, forced to back down after losing dispute over a gravestone
Schoolgirl, 16, unable to walk is left paralysed AGAIN after car crash
Sir Paul McCartney’s old schoolbook featuring smoking man doodle expected to make £10,000 at auction
iPhone 11 is here: Apple unveils new handset in SIX colors, Series 5 Watch, and 7th-gen iPad