US Ambassador to the , Nikki Haley, says the world leaders at the General Assembly laughed at the president because they respect him and enjoy his honesty.

Haley went on ‘Fox & Friends’ and said the coverage of Trump being laughed at was unfair and blamed the media for the negative spin.

‘The media has got this so wrong. I deal with these leaders every single day, I know exactly how they think. Do they love America? No. Do they respect America? Now they do.’

‘They love how honest he is and its not diplomatic and they find it funny. When hes very truthful they’re taken back by it.’ 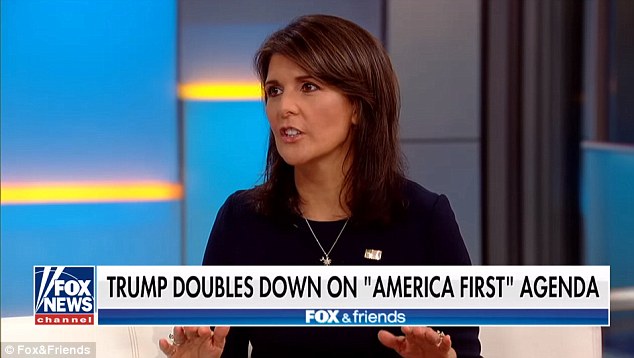 US Ambassador to the United Nations, Nikki Haley (pictured) argued on Fox and Friends that the world leaders were not laughing at Trump during Tuesday’s opening remarks and that they just respect his honesty 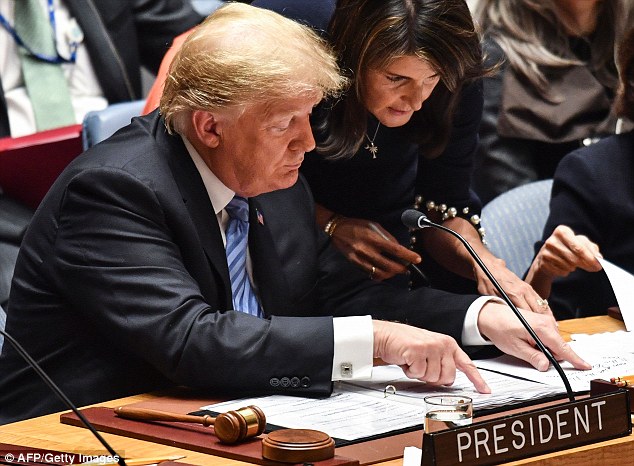 ‘All day yesterday they were falling over themselves to get a picture with him, to talk about how great his speech was, how strong it was,’ Haley added.

‘And they’ve never seen anything like it, so there’s a respect there. I saw that the media was trying to make it something disrespectful; that’s not what it was. They love to be with him.’

During his opening remarks addressing the General Assembly Tuesday Trump boasted he ‘has accomplished more than almost any administration in the history of our country in its first two years.’

The audience began to laugh and then the laughter grew after Trump added: ‘So true.’ He then added, ‘I didn’t expect that reaction, but that’s OK.’

‘It’s gotten so disgusting, really,’ Haley said. ‘The idea that he’s not mentally fit, the idea that we would be talking about the 25th Amendment. None of that is true. It could not be farther from the truth.’

‘How can you honestly think a man who doesn’t know what he’s doing is getting this much done on jobs, on trade deals … Americans are living better than they ever have and you’re going to question his leadership,’ Haley said.

‘I looked at the media yesterday, and they all want to talk about what the worldview of the president is,’ she added. ‘What they need to understand is the world doesn’t understand the media in America right now.’

Rosenstein has disputed the story.

Addtionally, Bob Woodward’s book, ‘Fear: Trump in the White House,’ has examples of high ranking staff members thwarting the president’s ideas out of fear he could hurt national security and international relationships.

And, a New York Times op-ed that was written anonymously by an administration official earlier this month, said White House staffers have banded together to stop Trump’s ‘worst inclinations.’