The coffee brand will now run simply as Dunkin’.

Although all the donuts are still on the menu, the company renamed itself to reflect its increasing focus on coffee and other beverages.

The change will officially start on January 1, when the new name will appear on napkins, store signs, and other merchandise. 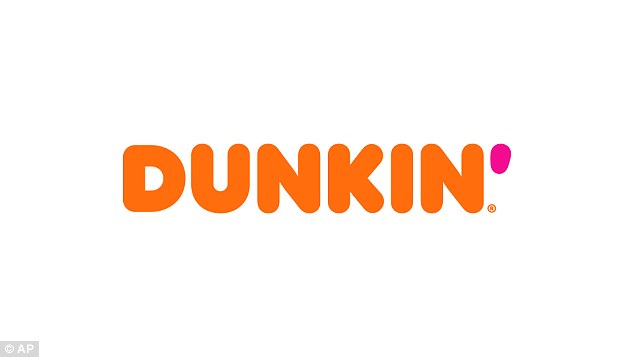 Dunkin’ Donuts announced that it will change its name to simply Dunkin’ starting in January as a part of a company effort to focus more on coffee and drinks. Dunkin’s new logo above

The new title will also be eventually adopted in its more than 12,500 stores overseas.

The chain will keep its familiar rounded font and orange-and-pink color scheme that the company has used since 1973. 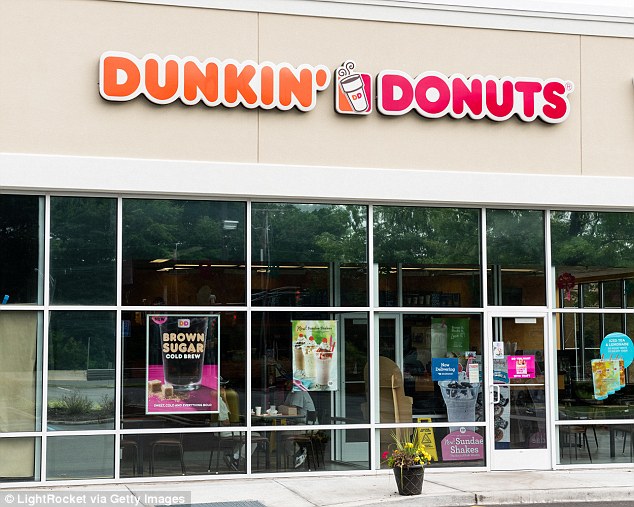 The new logo will keep the same orange-and-pink round font the coffee chain is famous for, but will drop the ‘donuts’ from its name

The Canton, Massachusetts-based brand says the name change is one of several things it’s doing to stay relevant to younger customers, adding that patrons already refer to the store as simply Dunkin’.

Dunkin’: The history of donuts

Dunkin’ Donuts was founded in 1950 by William Rosenberg in Quincy, Massachusetts, and now boasts more than 12,000 outlets in 36 countries.

Instead of the five different types of doughnuts that doughnut shops traditionally offered, Rosenberg offered 52 different varieties. He opened the brand to franchising in the late 1950s and it steadily grew, though it’s still known as a New England brand.

Dunkin’ Donuts was sold in 1989 to Allied-Lyon, which also purchased their top competitor Mister Donut in 1990.

Mister Donut stores were then rebranded as Dunkin’ Donuts.

The two brands’ use of ‘donut’ instead of ‘doughnut’ led to the short, phonetic spelling becoming so prevalent that it’s now included in the dictionary.

Since 2005 the brand has been owned by a consortium of three private-equity firms under the umbrella of Dunkin’ Brands, which also owns Baskin Robbins.

Stores will also be revamped to include glass bakery cases and tap systems for cold beverages, according to

‘Our new branding is one of many things we are doing as part of our blueprint for growth to modernize the Dunkin’ experience for our customers,’ Dunkin’ Brands’ CEO and Dunkin’ U.S. President David Hoffmann said in a statement.

‘We believe our efforts to transform Dunkin’, while still embracing our incredible heritage, will keep our brand relevant for generations to come,’ they added.

Dunkin’ claims to be the largest donut seller in the U.S. – boasting global sales of more than 2.9billion anually.

Dunkin’ Donuts’ Chief Marketing Officer Tony Weisman said the company has done a lot of testing and doesn’t expect any customer backlash from the decision.

But Reis said even if doughnuts have fallen out of favor among a more health-conscious customer base, people already know Dunkin’ Donuts as a place where they can just get coffee and enjoy the doughnuts’ smell.

‘There’s nothing wrong with still having ‘Donuts’ in your name,’ she said. ‘Long term it was helping them, giving them a brand identity that was the opposite of Starbucks.’