Webb is unable to represent Wales following his move from the Ospreys to Toulon as Welsh Rugby Union rules stipulate that players based outside the country must have 60 caps.

The 29-year-old has 31 caps and WRU chief executive Martyn Phillips said last week that the rules will remain in place for the foreseeable future as doing otherwise gives people “false hope”.

But Wales coach Gatland has not given up hope of having Webb in his World Cup squad in Japan 12 months from now. 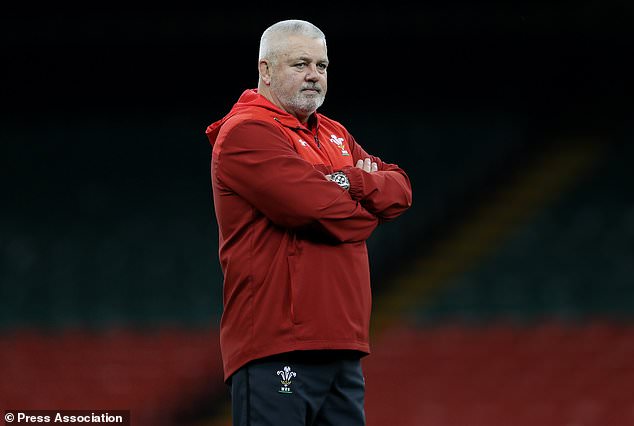 “I feel so sorry for Rhys. I would love the opportunity to be able to pick him,” Gatland said at a media briefing on Monday.

“The rules say that I can’t, but if there are a couple of injuries I would like to think – say we lost two of our three nines that we have at the moment – then there would maybe some common sense.

“I don’t think anyone wants to see a team hampered by the ability to be able to pick the best player.

“We do have regulations at the moment which have been agreed by the Union and the regions, not so much the coaches. They would be more flexible.”

Webb missed the 2015 World Cup after suffering a serious foot injury in the final warm-up game against Italy. 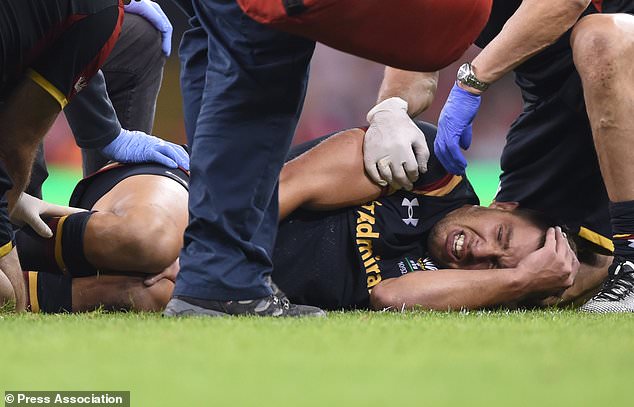 But he won his Wales place back after spending six months out and was selected for the 2017 Lions tour to New Zealand, appearing as a replacement in two of the Test matches and scoring a try.

Webb announced last October he was moving to France for three years, and Top 14 club Toulon said the agreement allowed him to continue playing for Wales.

But Webb fell foul of new WRU regulations which come into force this month and are designed to encourage the best Welsh players to remain home-based.

“I do feel sorry for him as he had agreed terms with Toulon before the policy had taken place,” Gatland said.

“That’s tough. Would he have still made the decision? I don’t know.

Such an important win against a very strong Castre team! Boys showed great spirit and determination at the end. No better place to do it in front of our amazing supporters at the Mayol. This is just the start 🔴⚫️

“But there is a part of me that still thinks he would have made the decision to go anyway.”

The trio did well in the victory against South Africa in Washington DC and the 2-0 series win in Argentina, but Gatland remains a huge fan of Webb.

“There is no doubt that when Rhys is fit and playing well he is world class,” Gatland said.

“If he is playing well, his form is good enough, seeing what happens with their other nine, is there a possibility (he could play at the World Cup)?

“At the moment it is a firm no, but you can never say never.

“If we turned up in nine months and it was important to us to take Rhys, would people consider an exception?

“But let the dust settle on it and when we get closer let’s see if it might be a possibility.”

Hunt saboteur lands on her HEAD after falling off gate shaken by locals
RB Leipzig and Celtic are fighting for second spot,...
AP FACT CHECK: Trump's distortions on immigration
PM on frantic tour of EU capitals as she battles to save Brexit plan
Paedophile is jailed after his newlywed wife checked his phone and found child abuse images
Kent primary school headmistress bans children from bringing in sweets on their BIRTHDAY
Yorkshire Ripper celebrates his 73rd birthday with southern fried chicken and two cakes behind bars
Hong Kong protester, 21, loses kidney after being shot by police and man set alight also critical