Eve Pollard has admitted she is the reason why her daughter Claudia Winkleman walks around naked because she did the same as a busy working mother.

Claudia, 46, recently said that she likes to wander around her house in the nude despite the protests of her 15-year-old son Jake – and got into the habit after growing up with parents who were ‘always naked’.

Speaking on This Morning, Eve, 72, said she was so rushed off her feet when Claudia was little that she decided spending time with her was more important than getting dressed, and they would often share baths because that was the only time they had together.

Journalist Eve argued that seeing their parents naked can be beneficial to children as it prepares them for what real bodies look like. 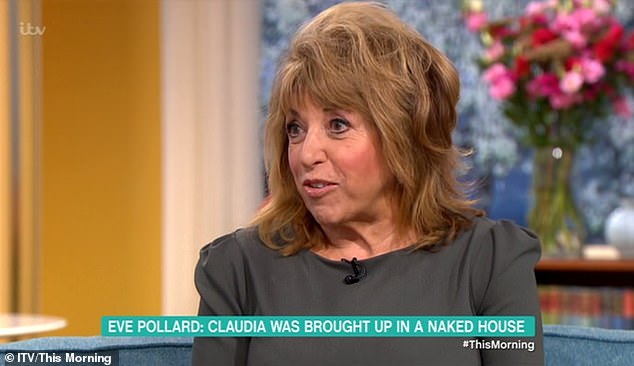 Eve Pollard, 72, admitted that she was often naked around her daughter Claudia Winkleman because she was so busy that she decided spending time with her was more important than getting dressed. Pictured: Eve on This Morning on Tuesday

Speaking on the Sali Hughes Beauty podcast, Claudia compared her parents to naturists and said they were the reason she was comfortable being naked around the house.

Eve denied being a naturist but admitted that the family was often naked when they were at home together.

She said: ‘If you perhaps are going out to dinner and you need to put her to bed but you’ve got an hour with her, who wants to worry about the bother of getting a towel or whatever?

‘I often would have a bath with Claudia because it was the one moment you could talk to them during the day. All of us have to multi-task so it was very important to see the child and get changed and be out.’ 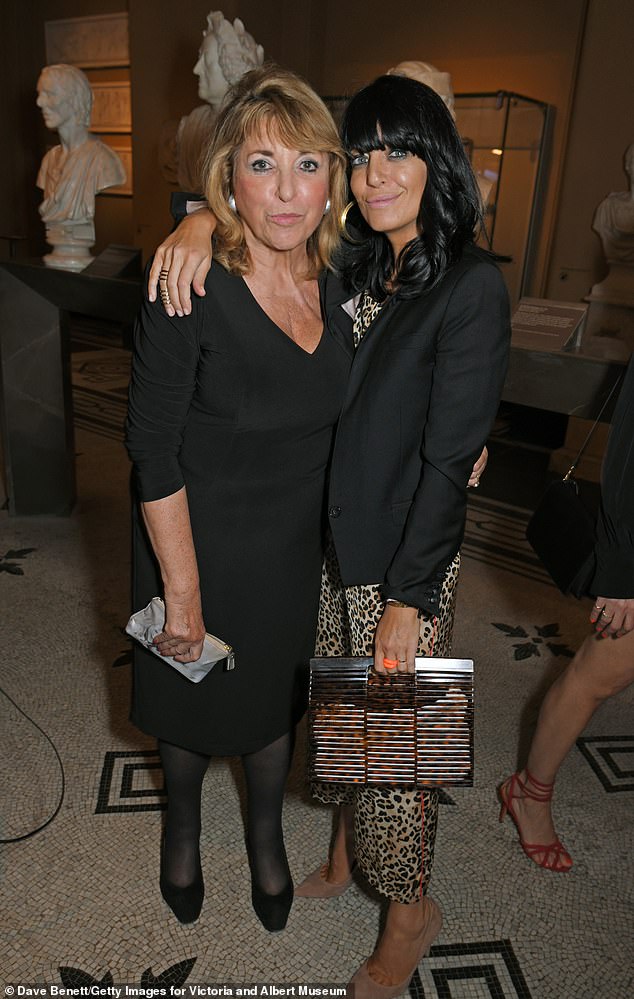 Claudia, 46, admitted that she likes to wander around her house in the nude, which she said she got from her parents who were ‘always naked’. Pictured: Claudia (right) and Eve (left) at the Victoria and Albert Museum in London in June this year 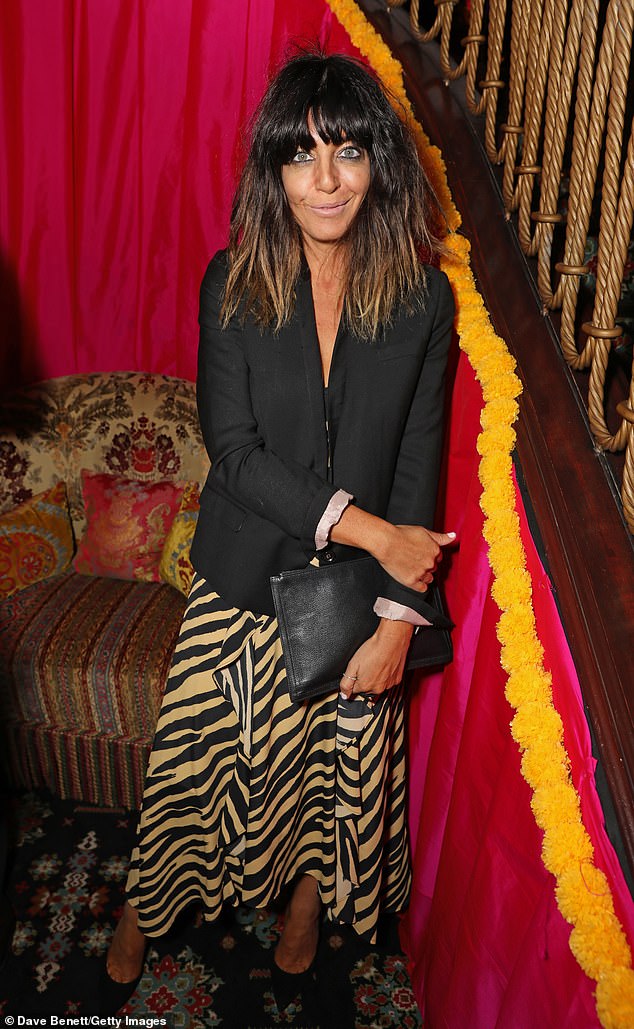 Claudia said her family will often eat lunch together naked, much to the embarrassment of her 15-year-old son Jake. Pictured: Claudia at the LOVE Magazine 10th birthday party in London earlier this month

Zebra stripes are the print du jour this season – quickly overcoming leopard and tiger as time-old faves – and Claudia Winkleman has already been spotted putting her celeb certification on the trend in this Topshop dress.

This pinafore-style midi flew off of the proverbial shelves earlier this year when it was released in a contrast polka dot print and we predict the same thing will happen with this zebra iteration. Costing just £55, it’s a small price to pay for a big style statement, so why not click (right) to snap it up now!

Alternatively, click through our carousel below to shop more zebra print picks from Ganni, Isabel Marant Etoile, Lily & Lionel and Wallis. With prices ranging from £38 to £465, we’ve got every style and budget accounted for.

Claudia says she and her movie producer husband, Kris Thykier, like to wander around their house in the nude despite the protests of Jake. The couple also have a daughter Mathilda, 12, and younger son Arthur, aged seven.

‘Everyone is naked. It is like, “Let’s all have lunch. Take our clothes off first… I have made a fish pie.” The 15-year-old is appalled but the whole point about mums is that they are meant to be embarrassing.’

Eve, who was a newspaper editor, believes children should see their parents’ naked bodies because it shows them that bodies change with age and have imperfections.

‘Everythings going in the southwardly direction for me,’ she joked. 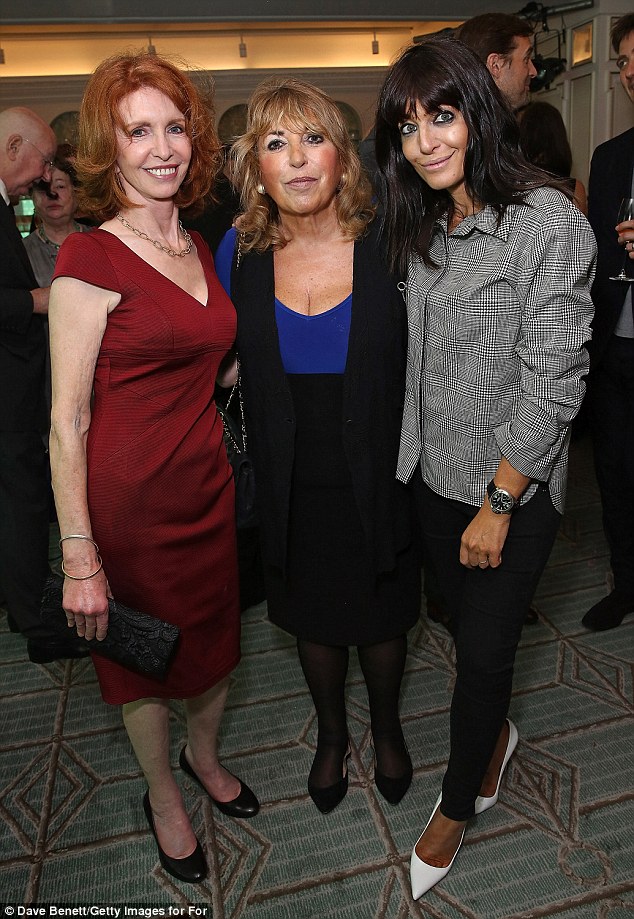 Eve revealed that Claudia is often naked and doing her fake tan when she goes around to visit. Pictured: Eve (middle) with Claudia (right) and Jane Asher (left) at the Fortnum & Mason Food and Drink Awards in London in 2016

Eve admitted that Claudia is often naked when she visits while the Strictly Come Dancing star does her famous fake tan or chooses an outfit.

However, Eve said parents should stop being naked around their children when they’re no longer comfortable with it.

She explained: ‘I can go round now to Claudia and she’s touching up the old fake tan and deciding what she’s wearing, she’s not bothered. We are family but of course I wouldn’t be naked with other people.

‘You have to respect that, that’s very important, but when they’re under the age of 10, until they feel they don’t want you to see them naked you should relax and get on with it.’

Bloggers upcycle finances Aldi furnishings
One pattern, three kinds: FEMAIL reveals the very best kimonos to maintain you trendy this season
Victoria Beckham’s favorite calorie-free food plan trick (and it’s solely £7!)
Get fit in 15 minutes: The best exercise and nutrition for sculpting sleek, strong shoulders
Can you tell the River Island homeware from designer replicas?
Bake Off: Has the Paul Hollywood Handshake lost its magic?
‘Glass hair’ is the celebrity trend loved by the Kardashians and it will do wonders for your jawline
Jourdan Dunn uses a CREDIT CARD to create a perfect eye liner flick