A detention centre guard who fell in love with and later married a detainee is accused of harbouring him while he was on the run from authorities.

Adriana Martinovic, 40, was a guard at Villawood Detention Centre when she met Aziz Ali Abdulkader, who had arrived from Chad without the correct visa.

Mr Abdulkader was taken to hospital in Toowong, Queensland, on January 21, 2014, after being told his father had died. 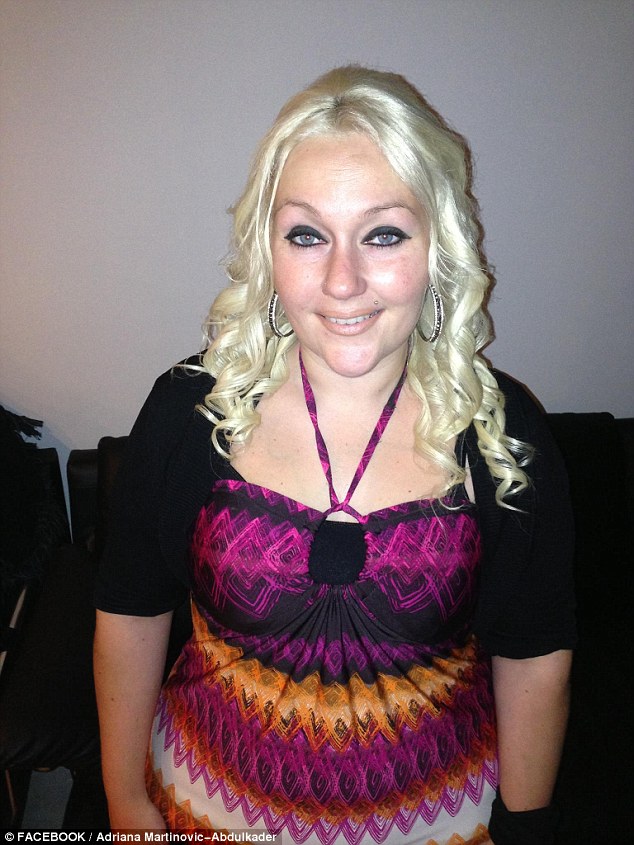 Villawood Immigration Detention Centre guard Adriana Martinovic fell in love with Aziz Ali Abdulkader while he was in her custody. He subsequently went on the run from authorities 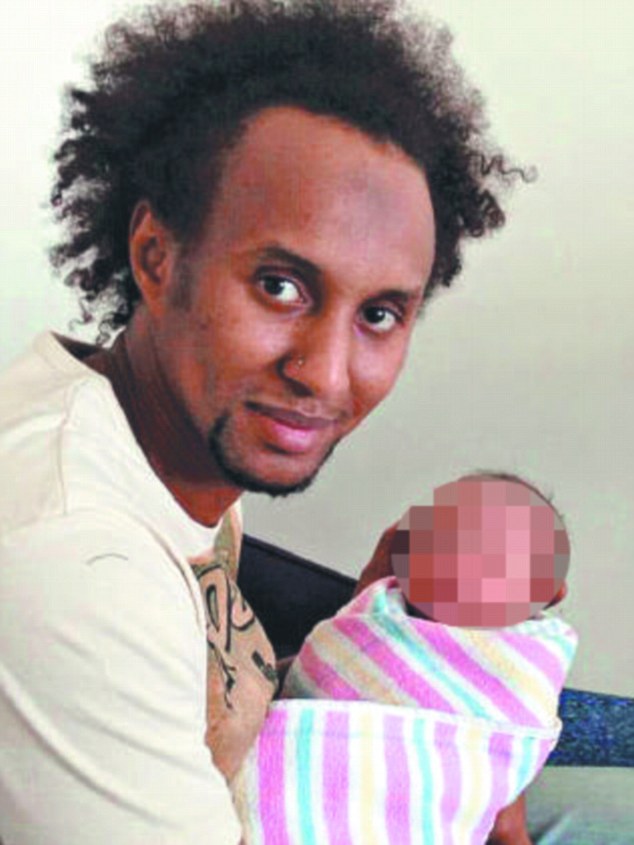 Aziz Ali Abdulkader arrived in Australia from Chad. He escaped from detention while being transferred to hospital and fathered a child (both pictured) to guard Adriana Martinovic 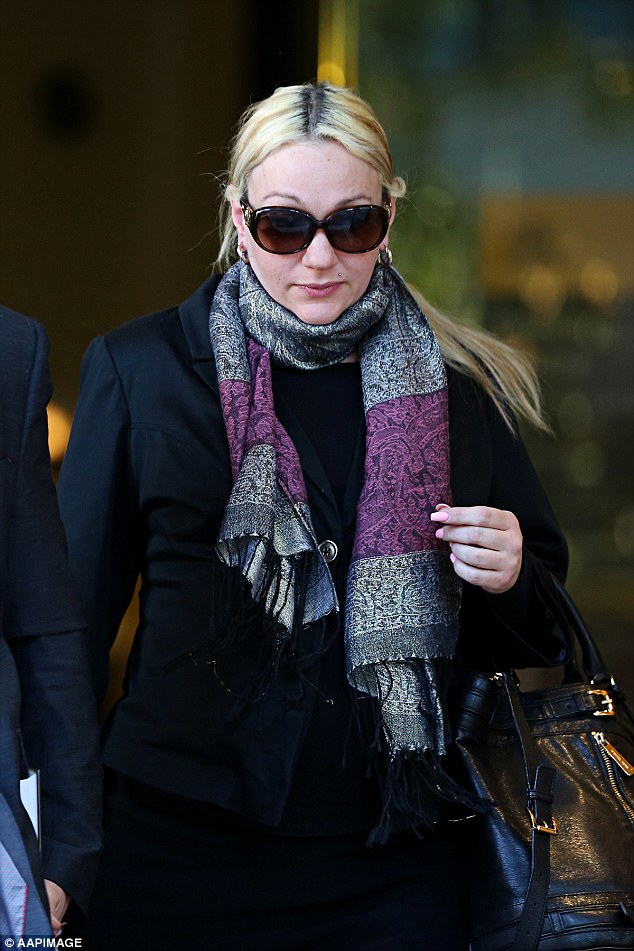 Adriana Martinovic was employed by Serco at the Villawood Immigration Detention Centre when she gave Aziz Ali Abdulkader her phone number. They are now married with a child

He soon fled and called Martinovic, telling her he had been freed on the advice of a doctor and granted a visa.

Martinovic drove a hire car from Sydney to Queensland, picked up Mr Abdulkader from the hospital and took him back to a friend’s house.

She later signed a lease for a home at Greenacre in Sydney’s south-west and after several months she fell pregnant with Mr Abdulkader’s child.

Martinovic was in hospital to give birth when Mr Abdulkader was arrested and taken into custody on October 29, 2014.

She was eventually charged with harbouring an unlawful non-citizen.

‘He told me he had a visa and I believed him,’ Martinovic later told police, according to . 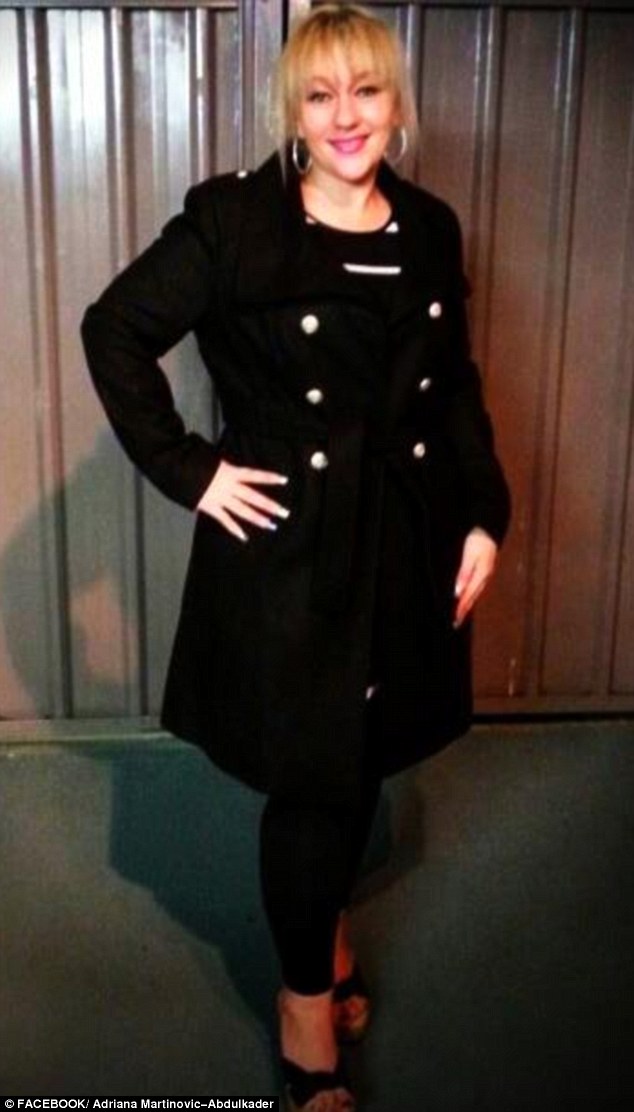 Adriana Martinovic has pleaded not guilty to harbouring an unlawful non-citizen. She was employed by private contractor Serco when she fell in love with Aziz Ali Abdulkader 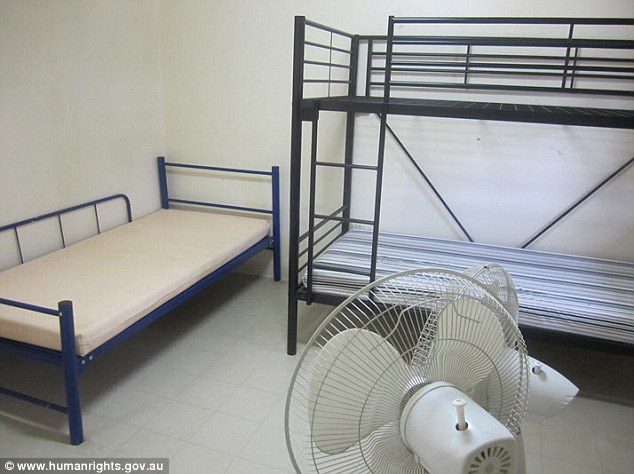 Martinovic has been on trial in the Downing Centre District Court where she has pleaded not guilty and a jury began deliberations on Friday.

Her barrister Jeffrey Clarke told the jury last week the case was a ‘love story’ which began in a place not known for romance.

‘Human nature means you don’t know where you’re going to meet the person who you think is Mr Right or Ms Right.’

‘Her hope of a future and having a family with this man led her to do things that she wouldn’t have otherwise done.’ 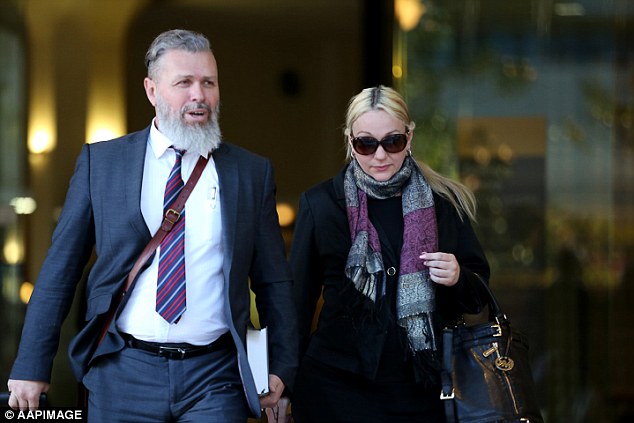 Martinovic had given Mr Abdulkader her mobile phone number while he was in custody and it was ‘incredible’ to think Ms Martinovic believed he had later been legitimately freed.

‘The accused was not some ill-informed outsider or naive about such things,’ Mr Williams said.

Mr Clarke told the jury his client was in love with Mr Abdulkader and would have accepted what he told her.

‘The reality is that, when you meet someone new, at the beginning, you are into that person very much, and you do tend to believe, in my suggestion, what people say,’ he said.

‘Do you remember being excited, ladies and gentlemen, when you first started your relationship? The heart skips a beat.’

Martinovic and Mr Abdulkader married in 2015 and he has obtained a spousal visa to live in Australia. 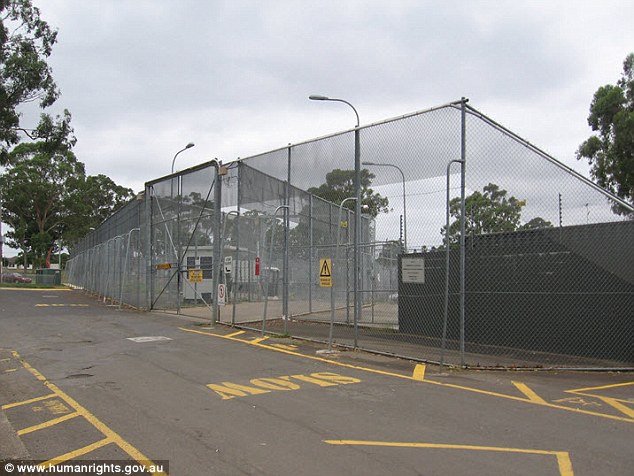 Commons' Speaker John Bercow branded 'Humpty Dumpty' after blocking a new Brexit vote by MPs
Young girl ‘raped after leaving a Surrey house party believing her mother was waiting outside’
Cressida Bonas attends Ellie Goulding's nuptials alongside her new fiancé in white outfit
STEPHEN GLOVER: If this can happen to the rich and powerful, no one is safe
Italian military convoy targeted by massive car bomb in Somalia
In a TV interview Jennifer Arcuri says she warned Boris Johnson to come clean
Anti-Semitic graffiti including stars of David and '9/11' scrawled across a synagogue in London
Nazi political prisoners held on Jersey during Second World War occupation