Queen guitarist Brian May will publish more than 300 previously unseen 3-D photographs of the legendary rock band while on the set of their Bohemian Rhapsody video, a year after the original book.

With more thrilling images providing an intimate view of life backstage and the band’s history, the second edition of Queen in 3-D will give a fascinating insight into life on the road with a massive rock and roll band through the lens of founder member Brian May’s stereo camera.

Capturing the very essence of one of the world’s most iconic bands, the stunning photos that sit alongside a narration by May himself also provides the reader with a glimpse of the culture, politics and atmosphere during their global adventure.

Written by May himself, Queen in 3-D, which featured many photos taken on the musician’s very on stereoscopic camera, was the first book ever to be published showing the history of the British rock group in a three-dimensional format.

From an early age May would travel with the camera in hand and became known to record the band while they were on tour, capturing the rare behind-the-scenes with band mates Freddie Mercury, Roger Taylor and John Deacon.

Among the stunning photos in the original book were pictures taken on stage and behind the scenes and even informal shots taken on the road.

Now, the second edition book, published by The London Sterescopic Company, will feature more than 300 personal stereo views of the band and provide an exclusive Brian May patent Lite OWL 3-D viewer. 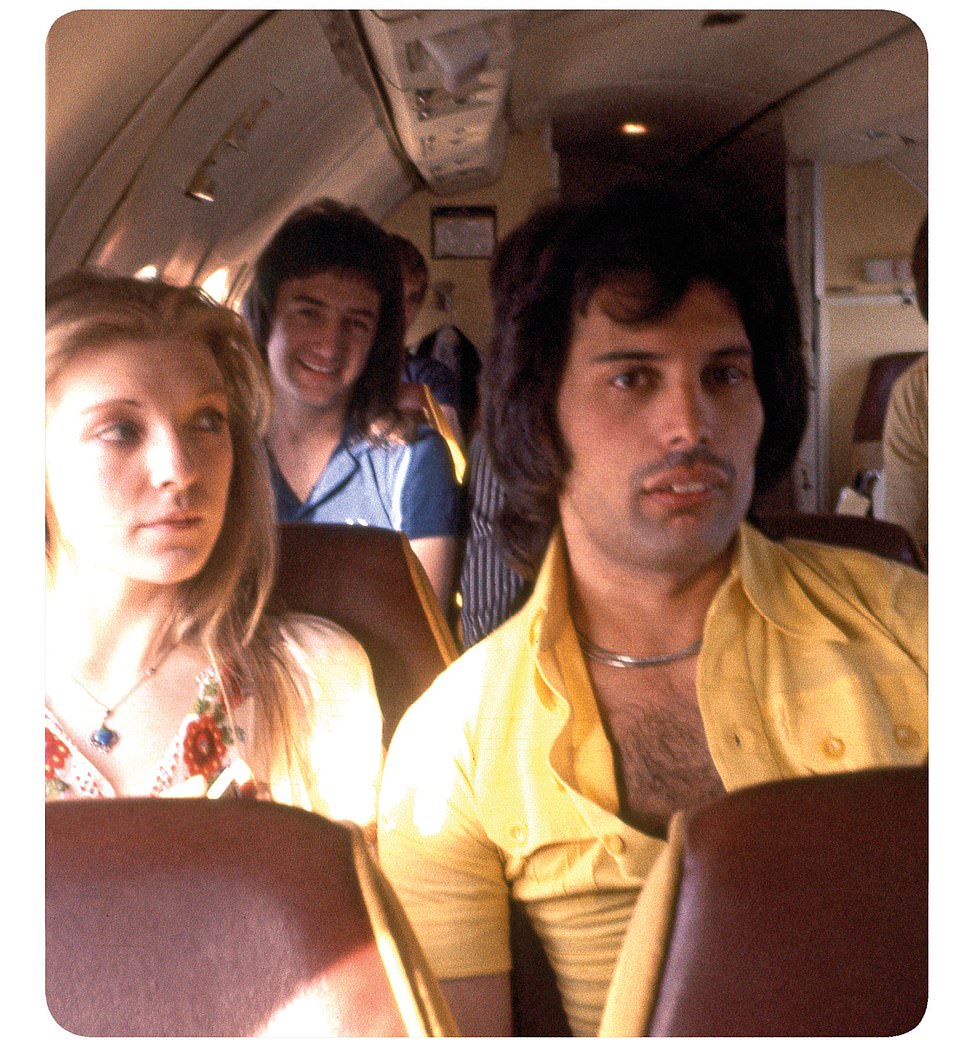 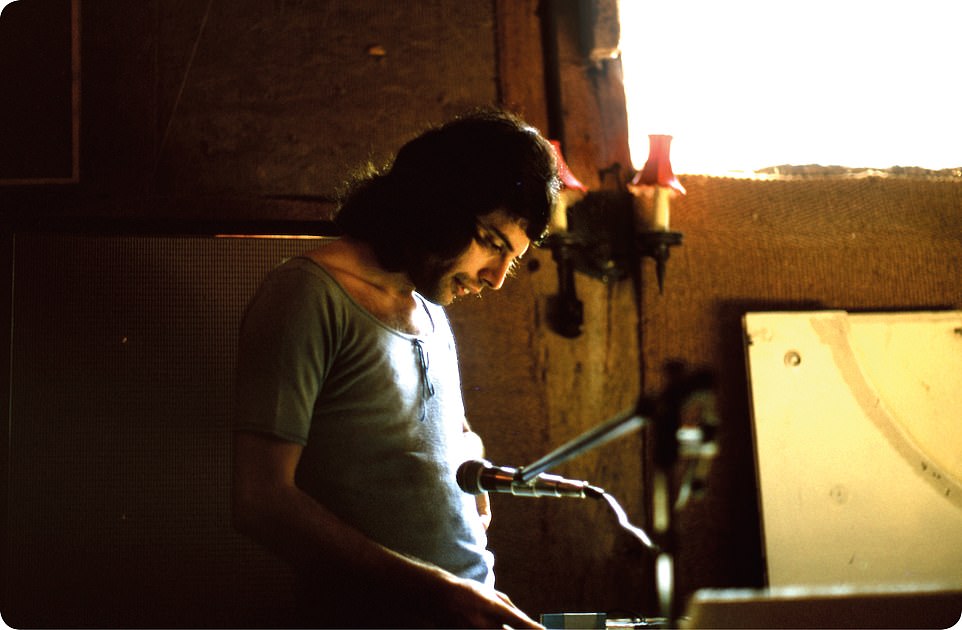 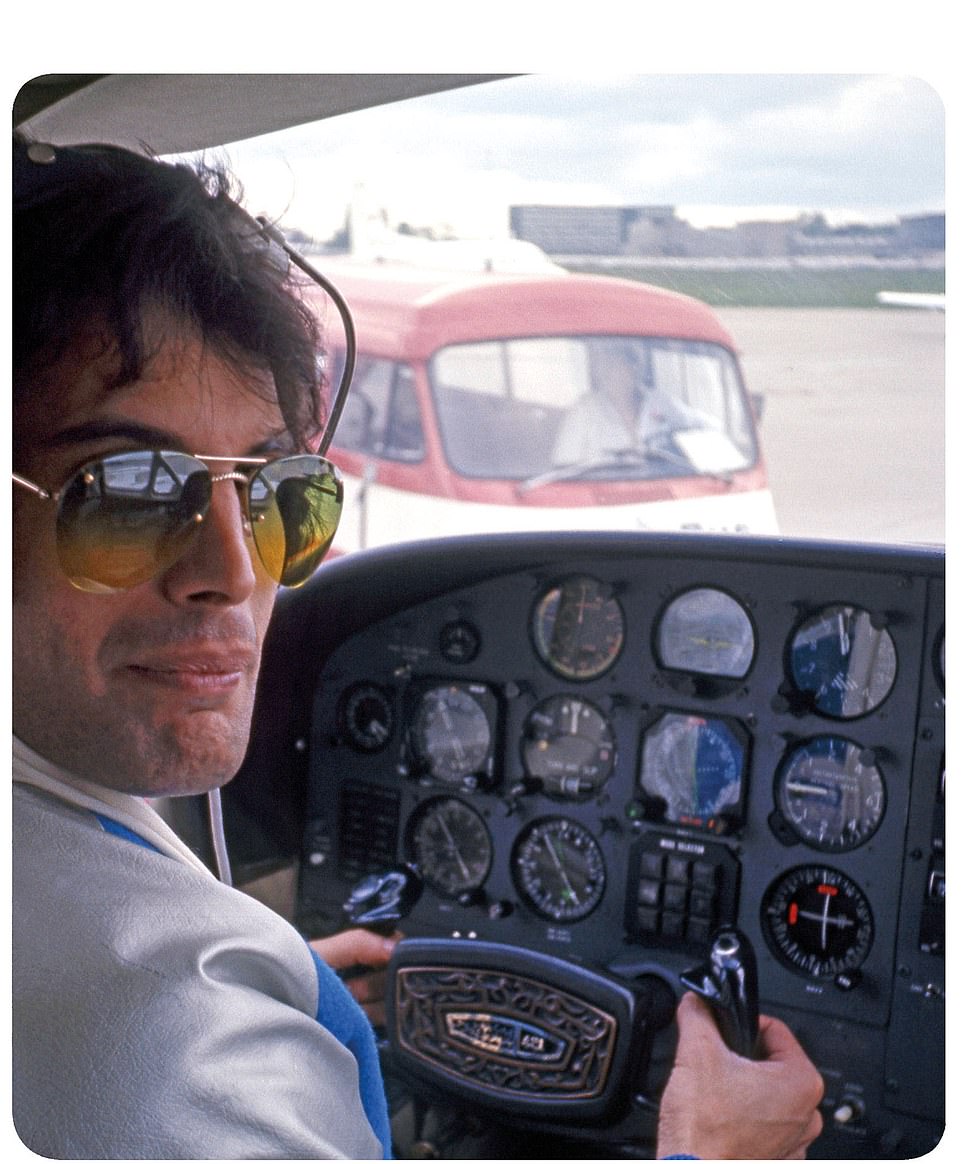 Captured on May’s very own stereo camera , the images capture the very essence of one of the world’s most iconic bands and will be available alongside a narration by May himself. Pictured: Freddie Mercury sat in the pilot seat of a plane offering an intimate view of life away from the stage 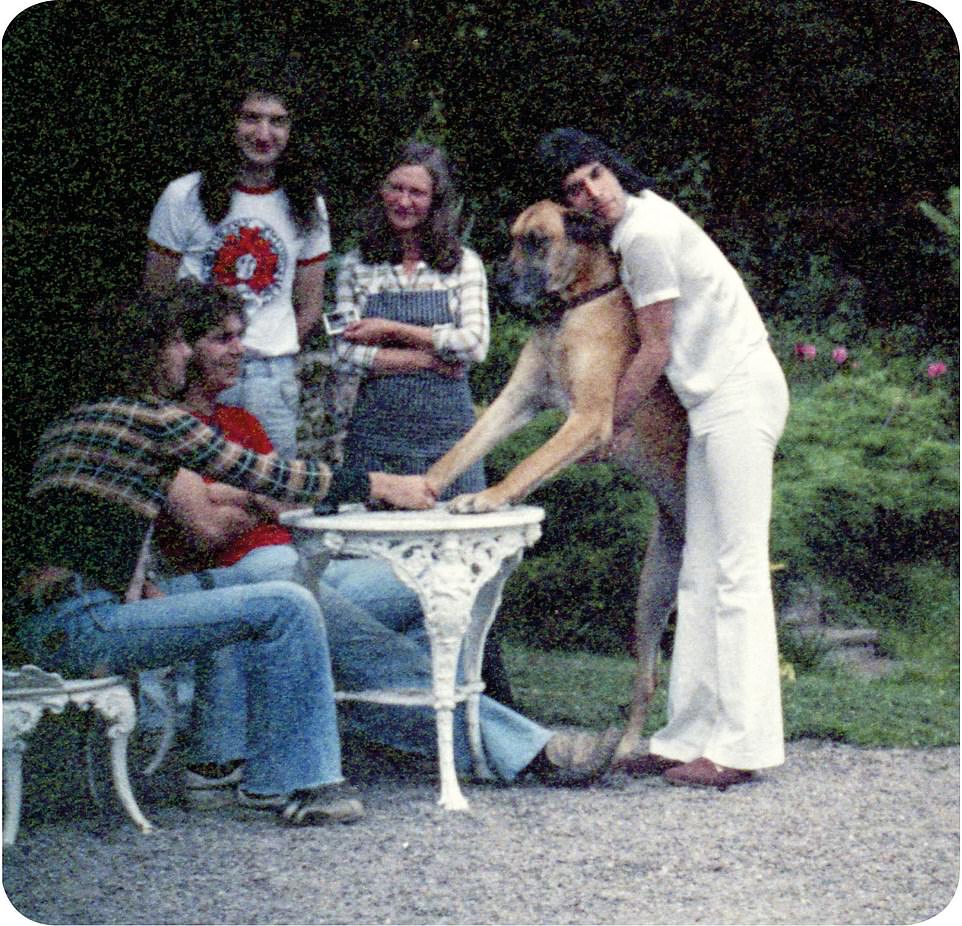 The stunning images will also provides the reader with a glimpse of the culture, politics and atmosphere during the band’s global adventure. It is an updated version of his critically acclaimed stereoscopic autobiogprahy, Queen in 3-D 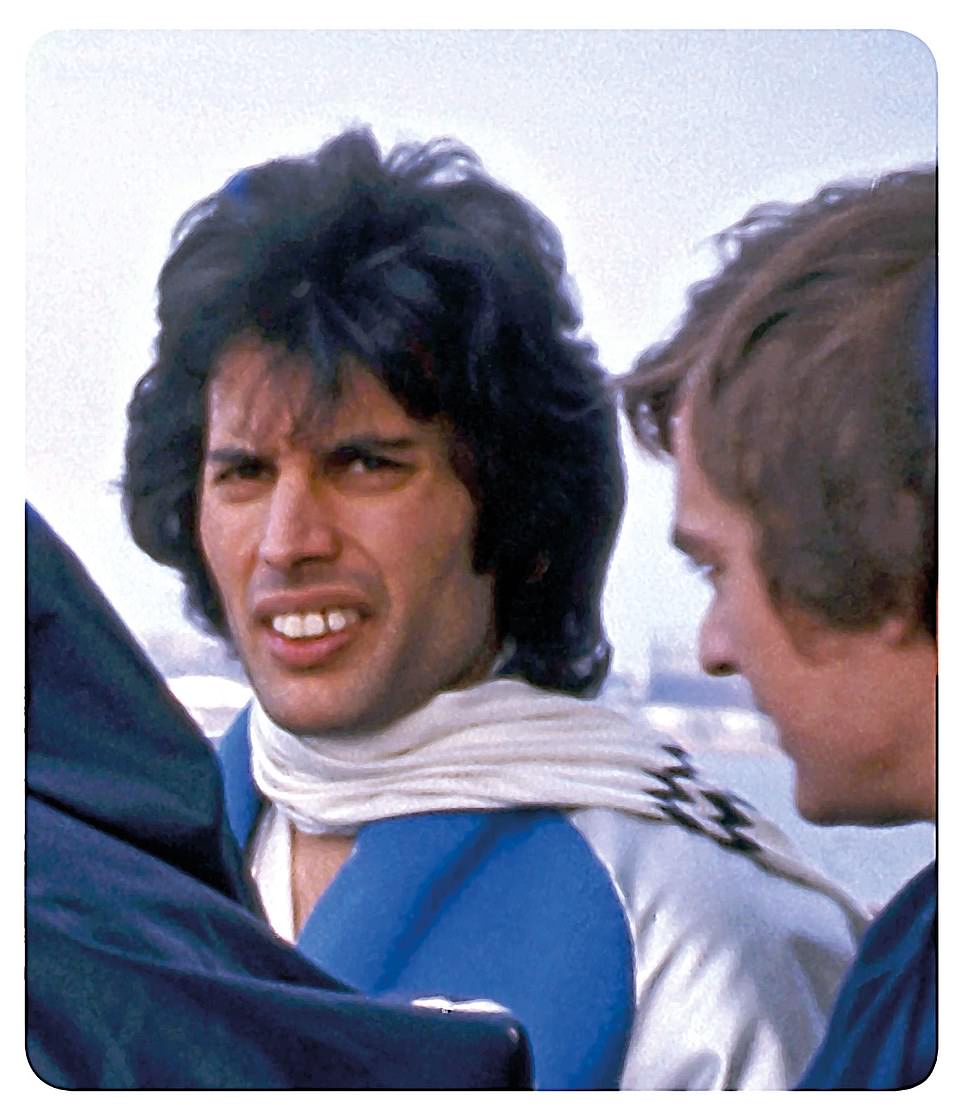 The original Queen in 3-D published last year was written by May himself and featured many photos taken on his very on stereoscopic camera. It was also the first book ever to be published showing the history of the British rock group in a three-dimensional format 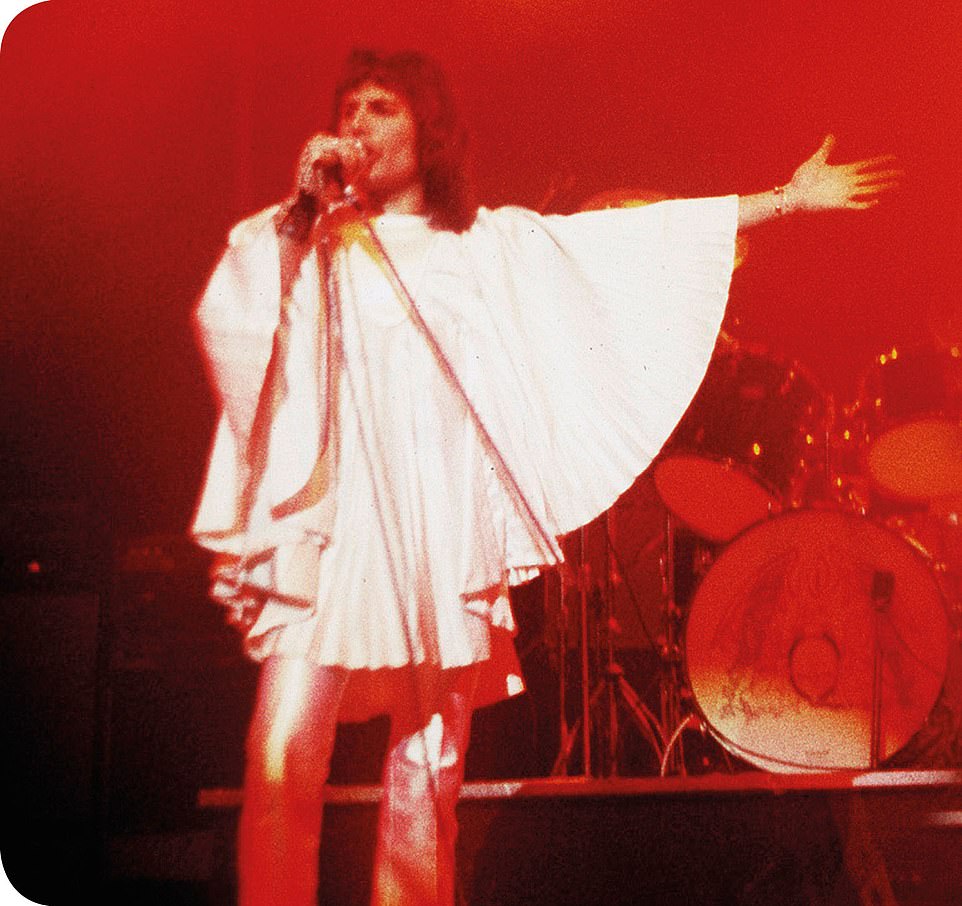 Bohemian Rhapsody is a celebration of Queen, their music and their extraordinary lead singer Freddie Mercury (pictured on stage through May’s lens) 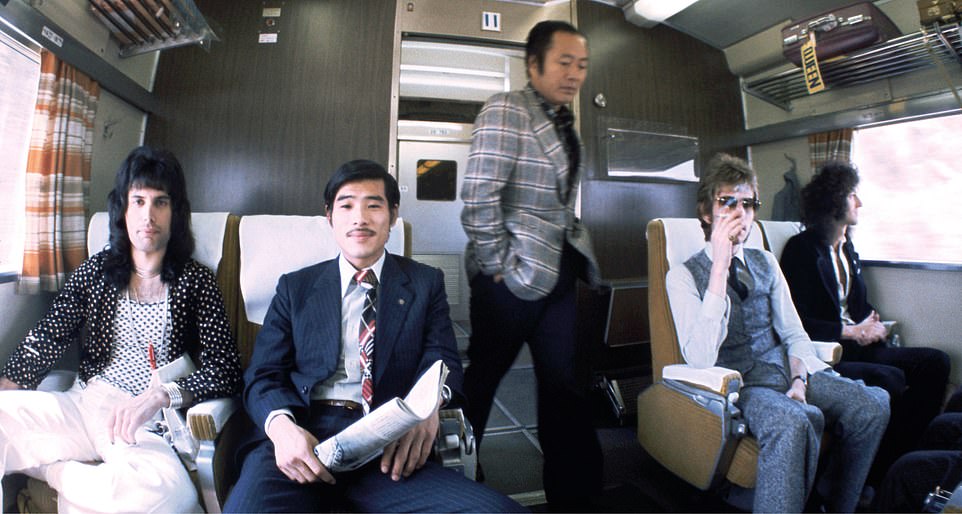 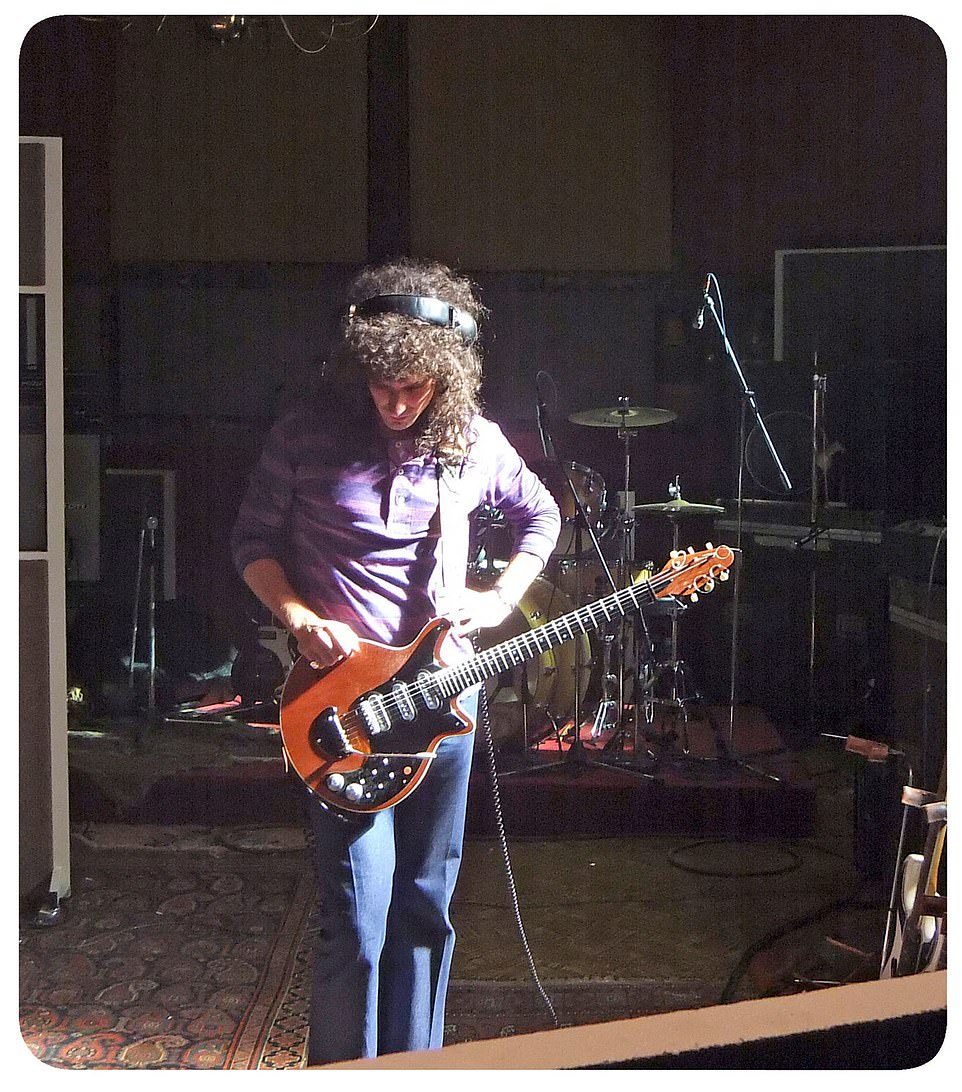 The images will provide fans with a rare view of the band’s rise, iconic songs and revolutionary music 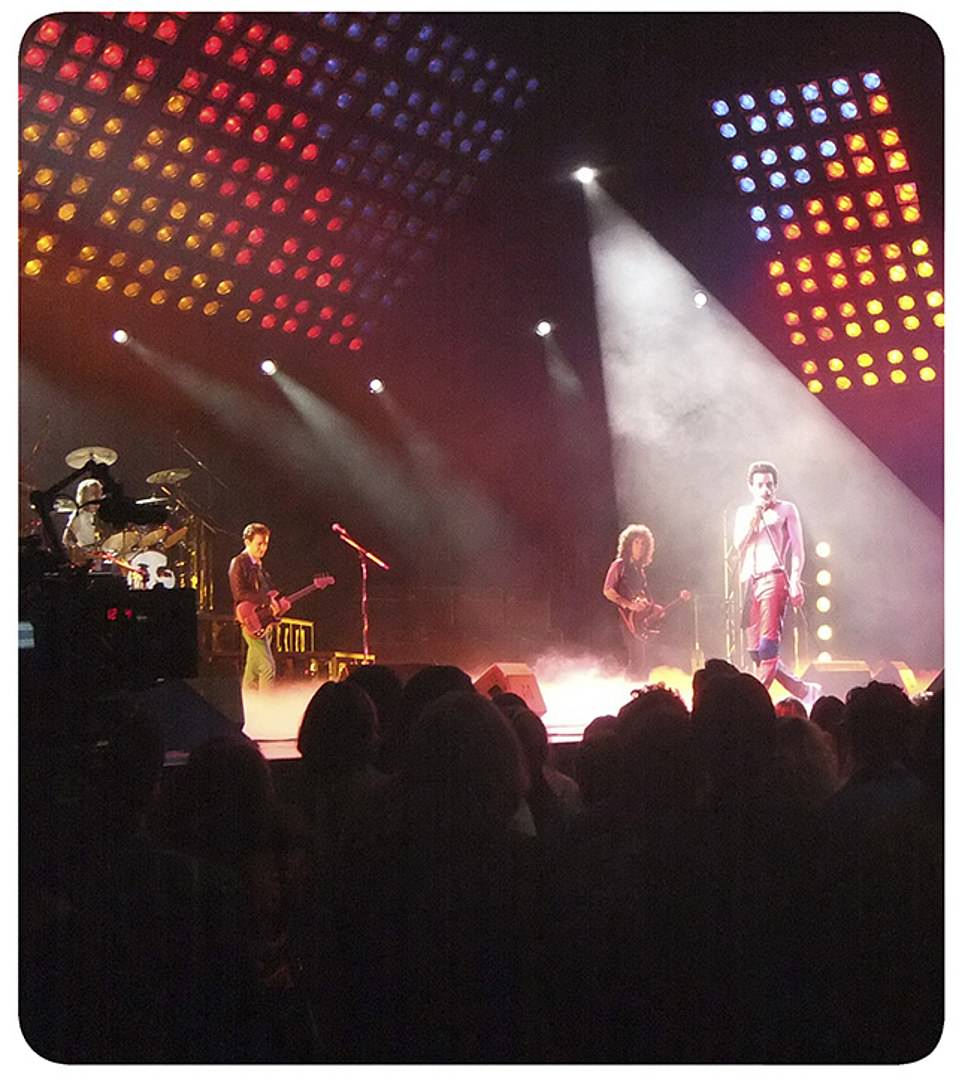 The British rock band was formed in the 1971 in 1973 signed their first recording contract for EMI. That very same year they released their first album, Queen 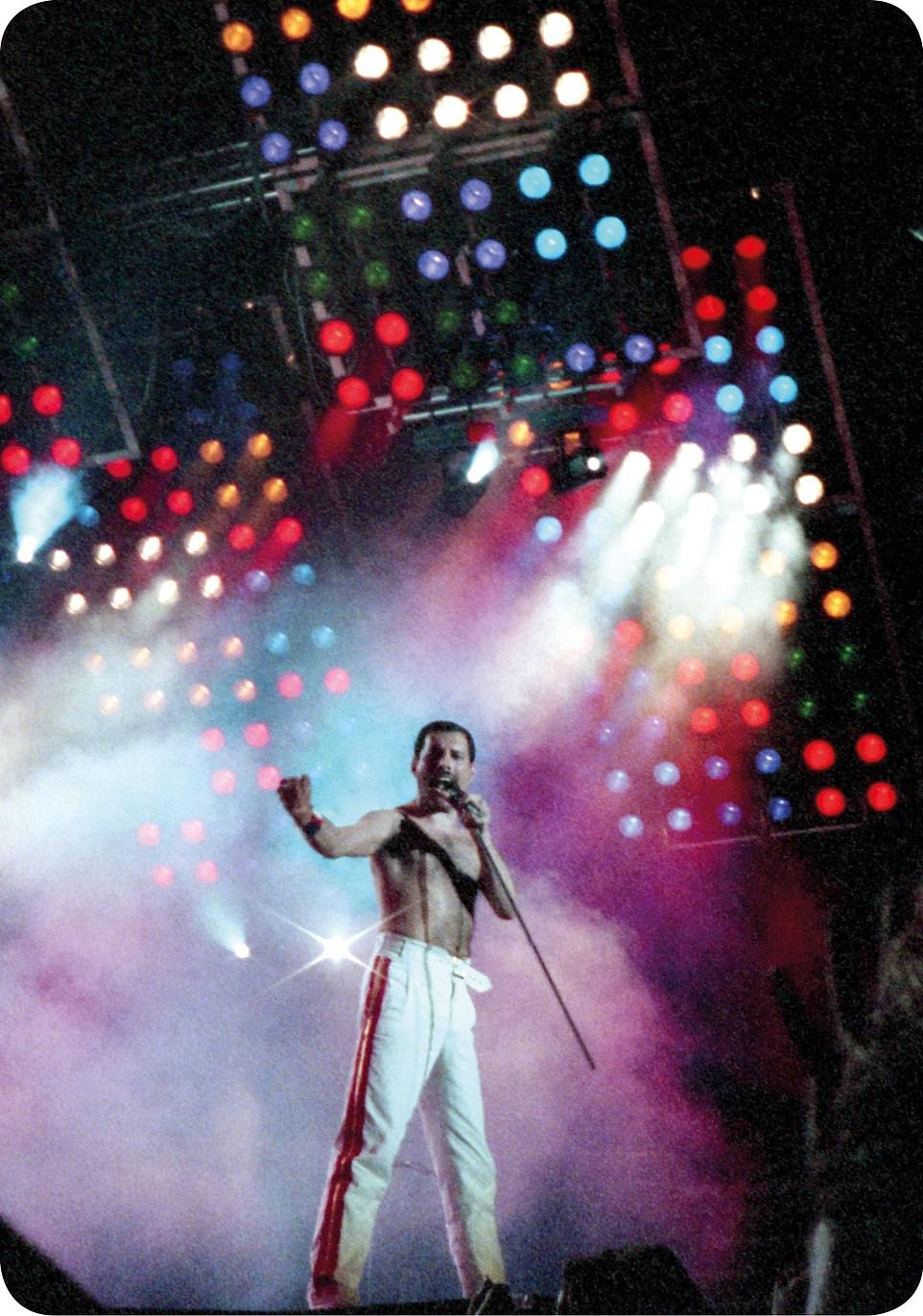 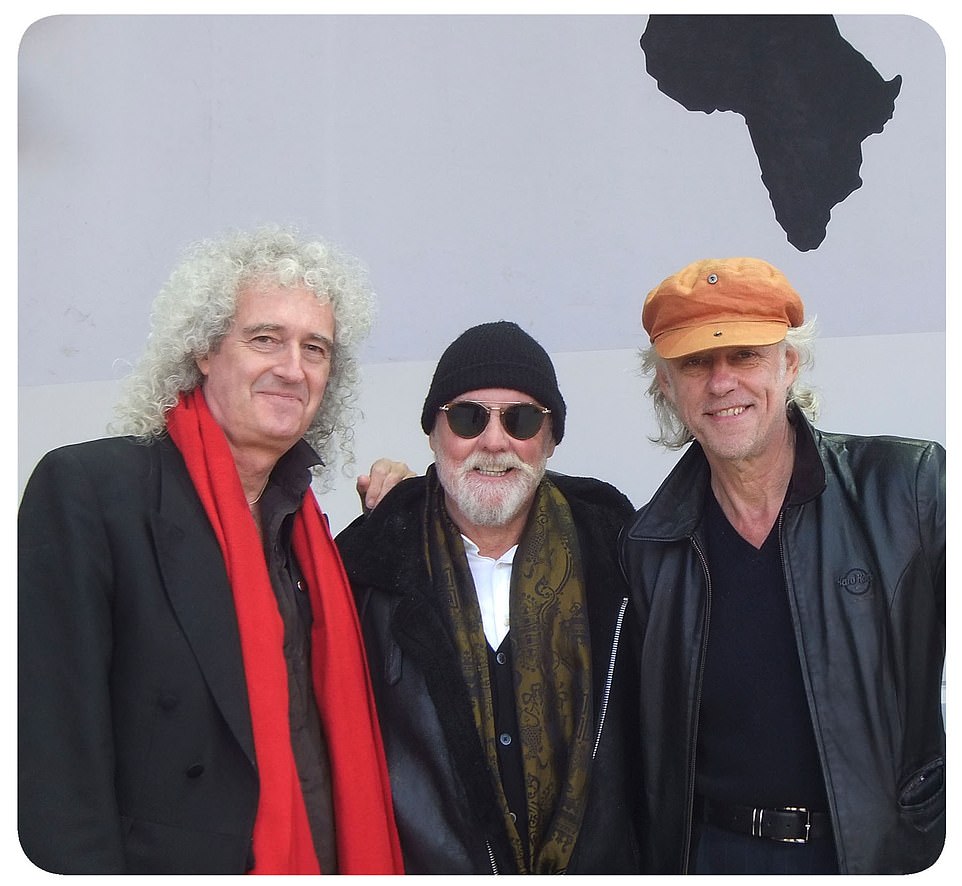 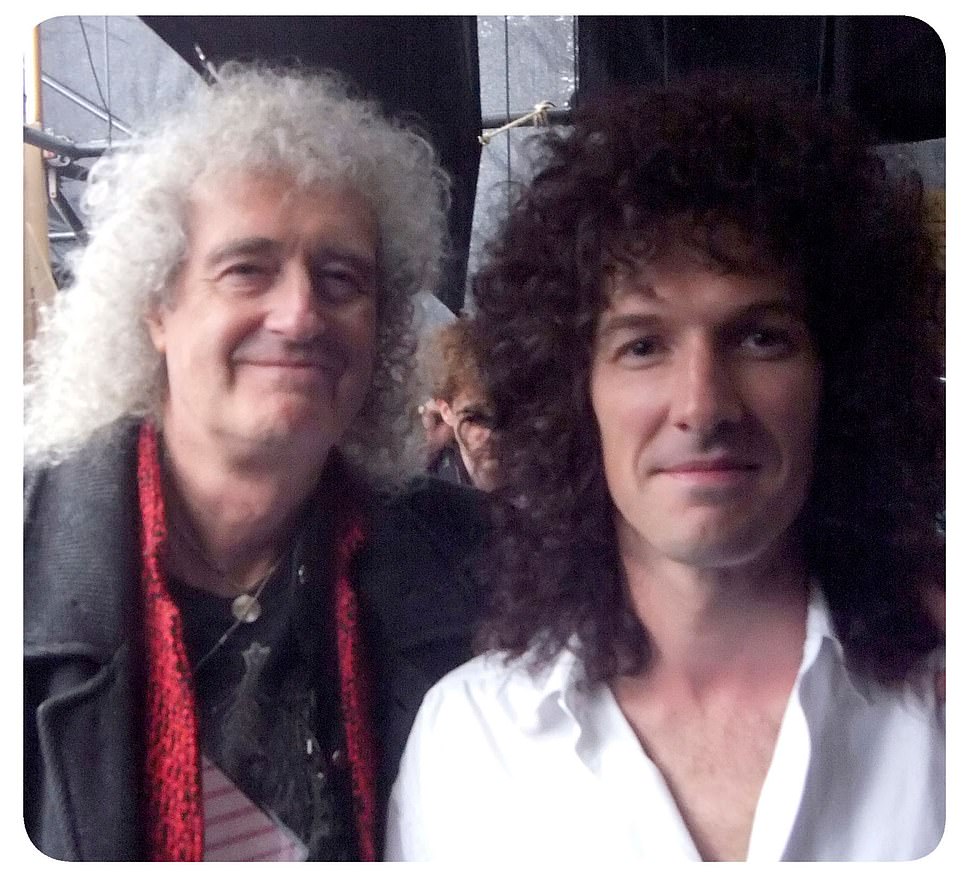 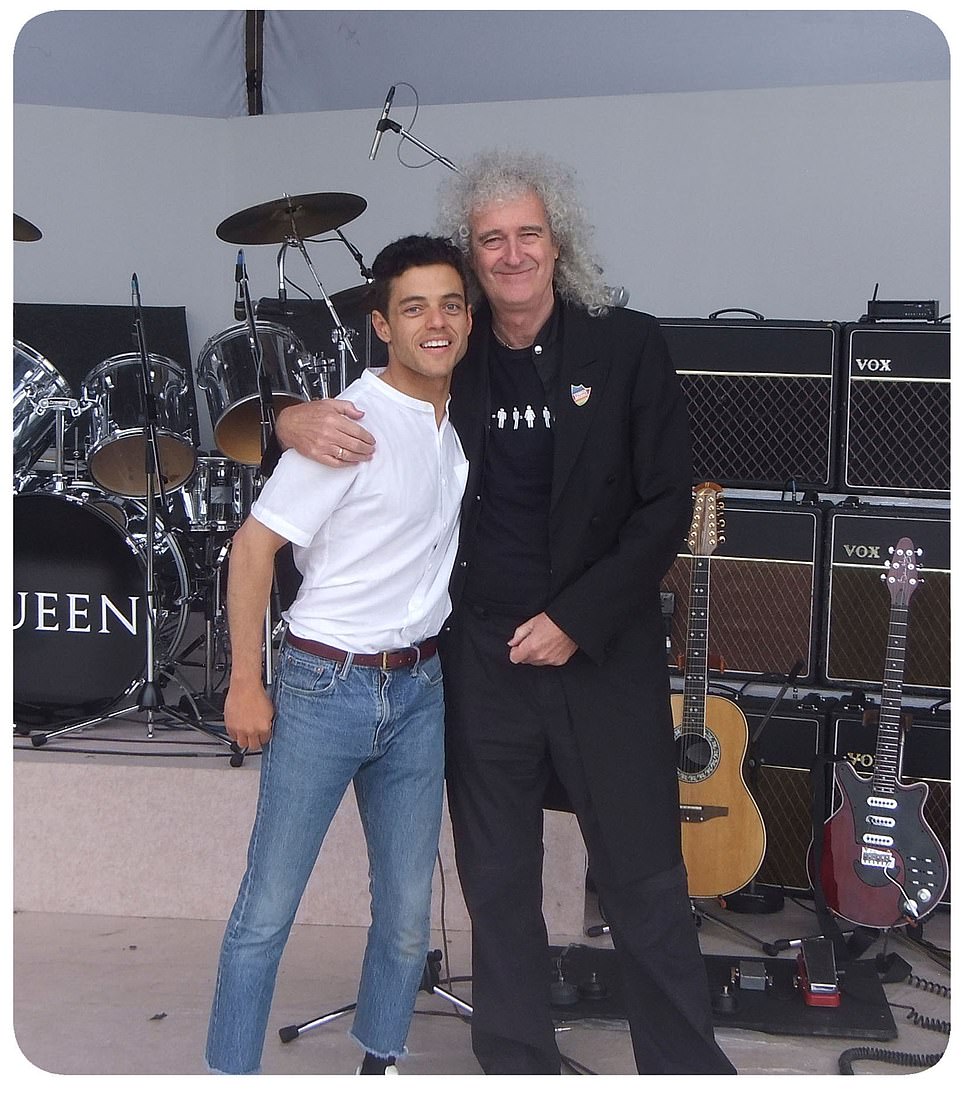 Experts warn of higher prevalence of snakes due to arrival of spring
Another female MP accuses Gareth Ward of bullying - but have our politicians become too sensitive?
Final surge of Mail reader recruits sees 2,500 sign up to be NHS volunteers in just 24 hours
The three organisational tricks tricks to do NOW that will change your life in 2019
Amanda Holden followed home by man in black Volkswagen
Somerset metal-detecting couple find one of Britain's biggest ever treasure hoards
Knifeman goes on rampage in French city of Lyon leaving six people injured
Wawa Chombonggai reunites with his cannibalistic Papua tribe 13 years after they wanted him dead