Taking to , he shared a series of shots in which the couple looked overjoyed while departing their nuptials.

He added the caption: ‘Bella and I got married and it was the most incredible day of my life. I think it was up there for her too. She is the best thing ever and I feel like I might actually burst with happiness’. 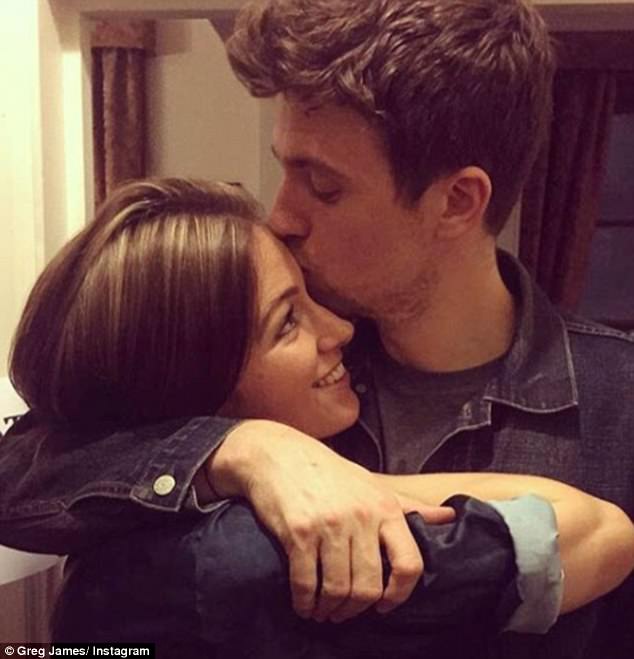 In June, the presenter announced he became engaged to Bella, who popped the question to him back in February.

Taking to Instagram at the time, the star, who famously dated Ellie Goulding from 2010 to 2012, shared the sweet news – which came just a day after it was announced he was taking over from Nick Grimshaw on Radio 1’s Breakfast Show.

The caption read: ‘Oh while we’re doing announcements, here’s something else…I’m having the time of my life and enjoying my work more than ever.

‘I feel really content and it’s nice to have my s**t together before I undertake a huge new work challenge. One of the main reasons for this happiness is because I met this person. This is Bella and in February she asked me to marry her. 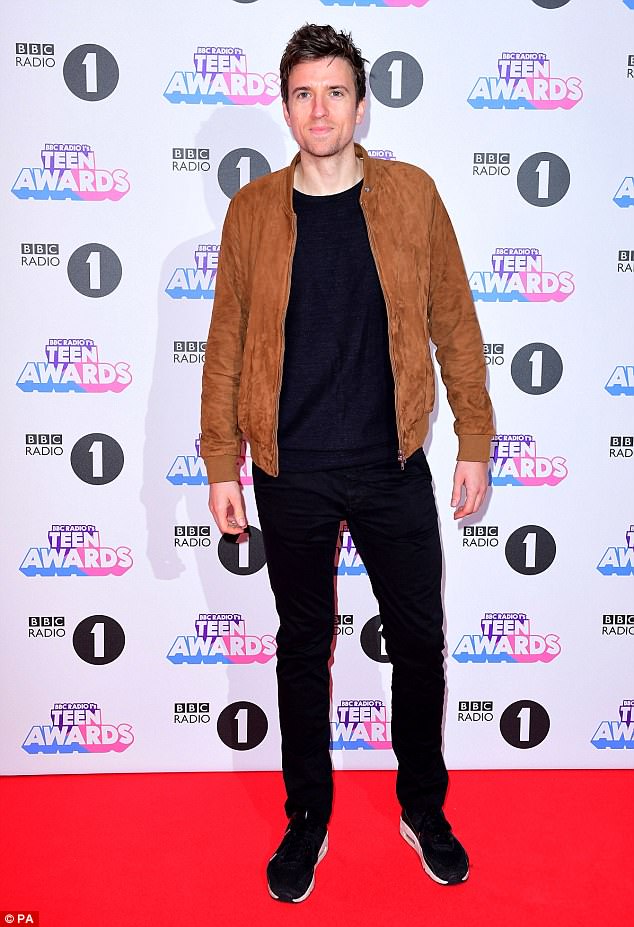 Happy days: Taking to Instagram at the time, he shared the sweet news – which came just a day after it was announced he was taking over from Nick Grimshaw on Radio 1

‘I said yes immediately because she is the smartest, funniest and most beautiful person I’ve ever met.

‘The only problem is she loves staying up into the early hours drinking as much as I do and this is not conducive with 5am alarms. That said, it’s been quite a year.’

When news of his job was announced, journalist Bella took to Twitter to echo his sentiments as she shared the announcement with the added text: ‘I’m proud as hell. But I also hate early starts and early nights. What a tangled web of human feelings.’

With his heartthrob status, it is little wonder his news was met with such devastation on both Twitter and Instagram as fans wept over their broken hearts, with one user writing: ‘Greg James is getting married. Life is over.’ 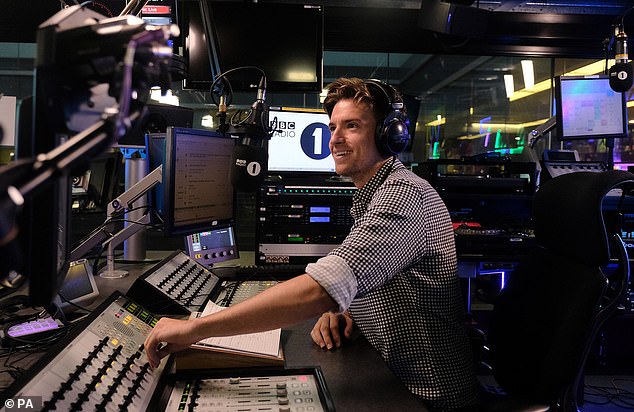 Happy days: ‘The only problem is she loves staying up into the early hours drinking as much as I do and this is not conducive with 5am alarms. That said, it’s been quite a year’

The day before the big announcement, Nick confirmed he will step down as host of BBC Radio 1’s flagship breakfast show before the BBC revealed Greg will take over.

The DJ’s decision to leave comes after the programme lost 600,000 listeners in the first quarter of 2018: ‘It was always my dream to do the breakfast show and I’m very grateful that I got to live my dream every day for what will be nearly six years.

‘But six years is a long time and this isn’t a forever job. I had the time of my life.’

BBC Radio 1’s Twitter account wrote: ‘Don’t worry though guys, Grimmy may be stepping down from the Breakfast Show but he’s staying with the station and our friend and yours, Mr @gregjames will be waking you up every morning