This is the moment a cocaine dealer tried to take a tight corner at 80mph while being chased by police before rolling his car and trying to flee.

Officers caught the Wolverhampton-man, who has been sent to prison for five years.

Staffordshire Police officers were on patrol in Cannock on the evening of Saturday January 28 2017 when a black BMW passed them on the Girton Road at high speed. 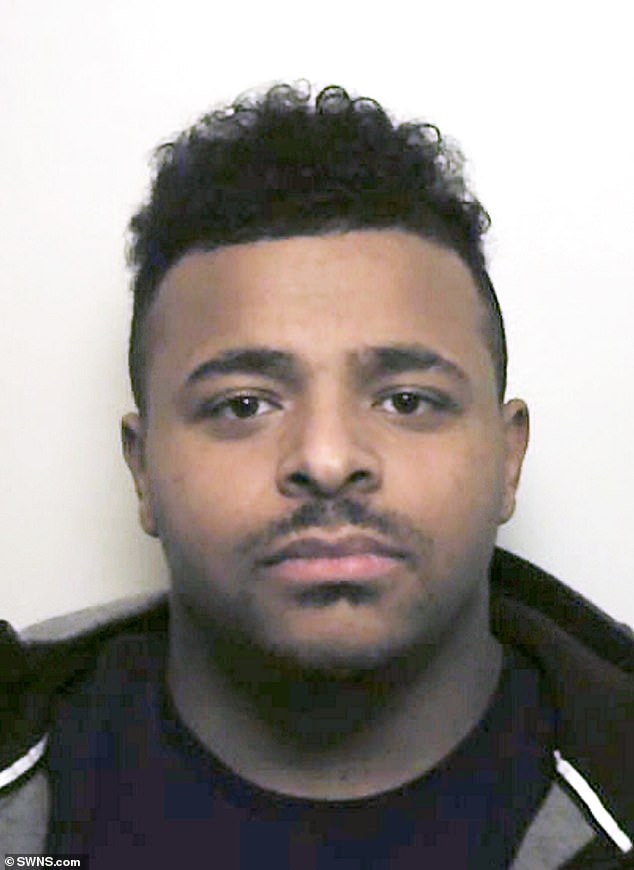 The officers followed the vehicle and then began a blue light pursuit.

Dwaine Lewis attempted to escape and tried to turn into Wolverhampton Road, towards the village Cheslyn Hay, at more than 80mph.

The footage, shot from the pursuing car details how Lewis rolled his car and miraculously escaped with only minor injuries. 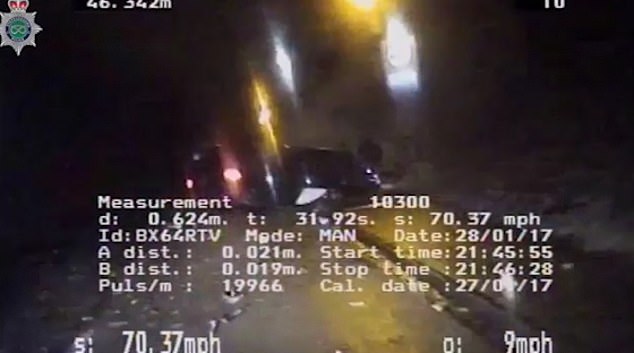 An analysis of a smartphone on his person also clearly showed communication related to the supply of drugs.

Dwaine Lewis, 28, of Fourth Avenue, Wolverhampton, was convicted at Stafford Crown Court of possessing a Class A substance with intent to supply on 11 September.

He pleaded guilty to dangerous driving at an earlier date. Lewis was sentenced to five years in prison and disqualified from driving for six years.

PC Matthew Burns, from the Central Motorway Police Group, said: ‘The reckless driving displayed by Lewis could have very easily killed or seriously hurt an innocent bystander and he was lucky to escape with minor injuries.

‘We will always do all we can to disrupt those that drive dangerously and use our roads for criminal means.’

Labour could be unelectable for a generation, says DAVID BLUNKETT
Pound hits 22-month peak against the Euro on Brexit news
What sort of Brexit DO MPs want?
Wayne Rooney parties with woman in nightclub before getting into a lift with a mystery brunette
Lille on lockdown 'after car filled with gas cylinders and suitcase spotted near military hospital'
Nurse treating coronavirus sufferers in China claims 90,000 people have already been infected
Kate Middleton sports shorter hairstyle on royal tour of Ireland
Government AXE PHE and replace it with new institute run by former jockey Baroness Dido Harding