founder Alexis Ohanian is known to publicly show his love for wife with romantic gestures straight from a modern book of fairy tales.

While the majority of social media users find his gestures endearing, a writer for Slate has analyzed his actions in a way that has Serena fans outraged.

In an opinion piece published Thursday in , writer Heather Schwedel suggested reasons other than love are behind Ohanian’s romantic displays for his tennis champion wife and questioned why he does so.

‘By the crude math that we use to judge couples, it sure seems like they both won—or at least, Williams and Ohanian are very good at reassuring us of this,’ Schwedel wrote. ‘On the whole, the Williams-Ohanian family’s online content is extremely cute, but it also feels like a pretty baroque and labor-intensive domestic charade.’ 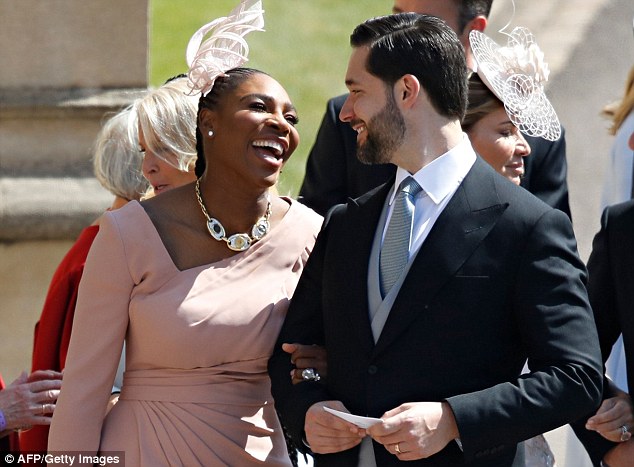 Alexis Ohanian is known for publicly displaying his love for his wife Serena Williams, but a writer for Slate questioned the reasons behind it 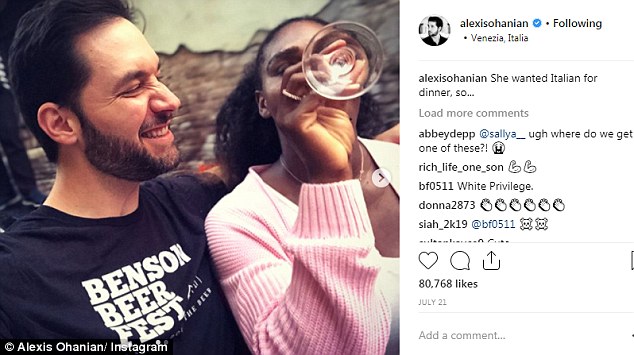 In July, he whisked her away to Venice and posted a photo that he did so because Serena was craving Italian food 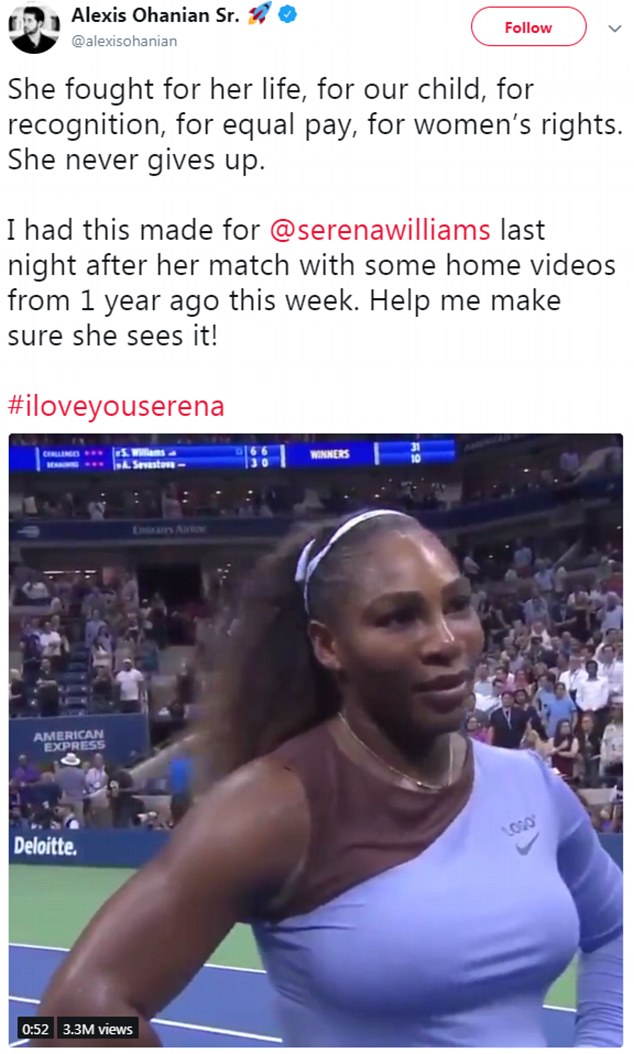 Ahead of the US Open finals, Ohanian had a video tribute made for his wife and tweeted it 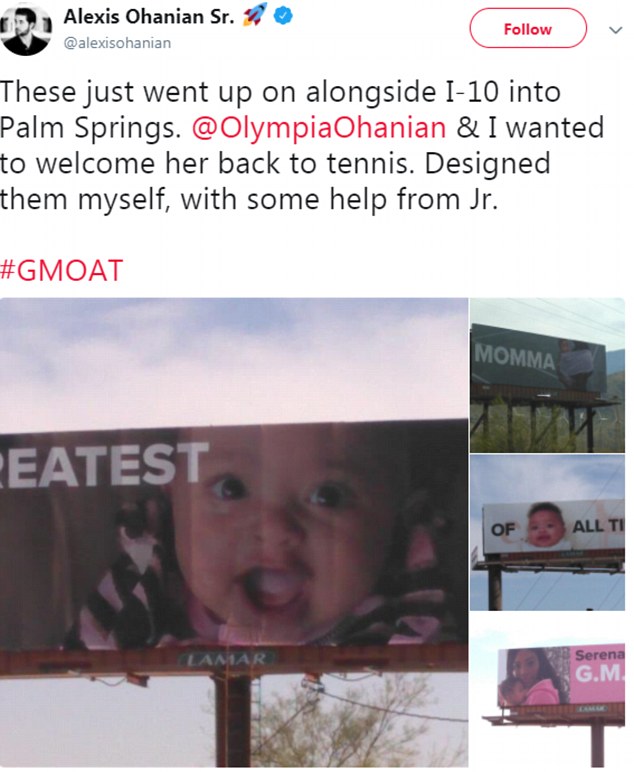 When Serena returned to tennis after giving birth to their daughter, Ohanian had a series of billboards made for her

Twitter users immediately bashed the writer for demeaning the couple’s happiness as a ‘charade’.

While Sister, Sister actress Jackee Henry asked: ‘Which editor is responsible for approving this nonsense?’

In the article, the writer points out the acts of love Ohanian has done for his wife that have been posted to social media.

When Serena returned to tennis after giving birth, her husband put up a series of billboards on a highway in California with the large text reading ‘GREATEST MOMMA OF ALL TIME’.

In July, the doting husband posted a photo to Instagram after he whisked Serena off to Venice with the captions ‘She wanted Italian for dinner, so….’.

Most recently, Ohanian posted a tribute video to social media ahead of his wife’s competition in the finals at the US Open. ‘Help me make sure she sees it!’ he wrote.

Schwedel seems to have an opinion for Ohanian’s actions.

‘Though these actions are objectively romantic—they feel straight out of a rom-com, in fact—they also play as strangely performative, like Ohanian is the too-good-to-be-true Justin Trudeau of tennis spouses,’ she wrote.

‘Why would Ohanian include the whole world in his overtures to his wife if not because he craves praise for absolutely killing it at the feminist-husband game?’

Sister, Sister actress Jackee Harry was appalled by the article questioning their love

Schwedel responded to the backlash in a tweet which attempted to add context to her article.

‘This piece was for a package analyzing a bunch of different celebrity relationships,’ she wrote.’I’ve found some of the criticism it’s gotten useful and persuasive (some less so) and appreciate it.’

‘Nothing about what you wrote was thought provoking or promoted critical thinking,’ one woman responded.

‘This wasn’t an analysis, is was straight up hateration. You didn’t need an entire article to say you’re jealous and don’t like Serena and other Black women receiving love and attention,’ she added.

The writer speculates that the couple may be putting on a show for ‘endorsement dollars’.

She also considers that ‘this is just what it looks like to fall in love and start a family with a fellow cajillionaire.’ 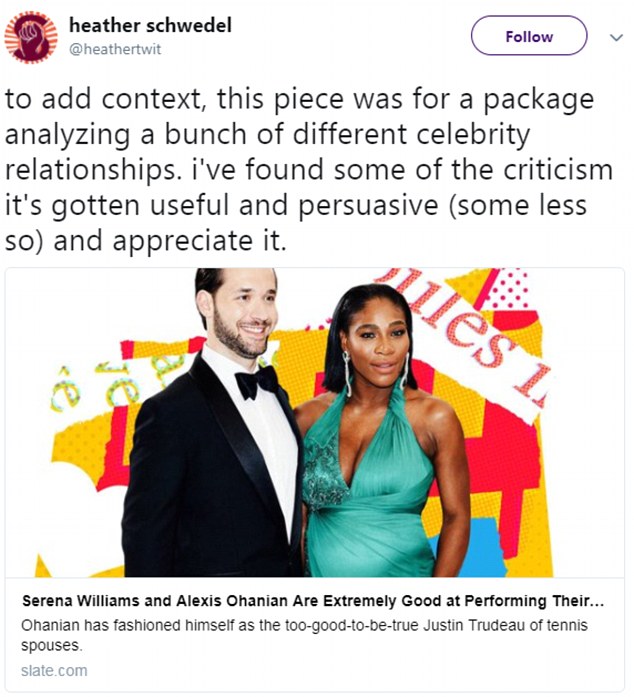