A married man has been arrested in connection with at least ten rapes across Northern between 1991 and 2006, Sacramento police announced.

Roy Charles Waller, 58, from Benicia, was arrested without incident at the University of California in Berkeley, where he worked for 25 years as a safety specialist in the office of environment, health and safety.

District Attorney Anne Marie Schubert said her office used DNA and genealogy websites to catch Waller out in what has become known as the NorCal Rapist case. 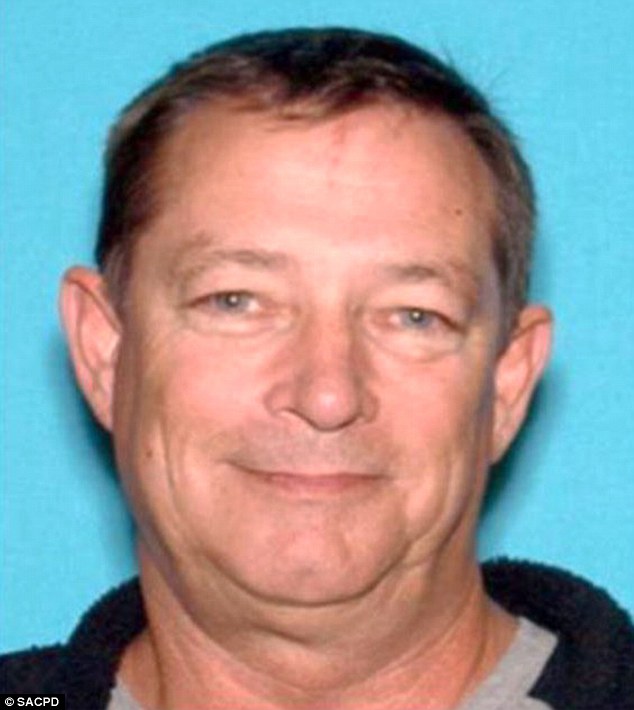 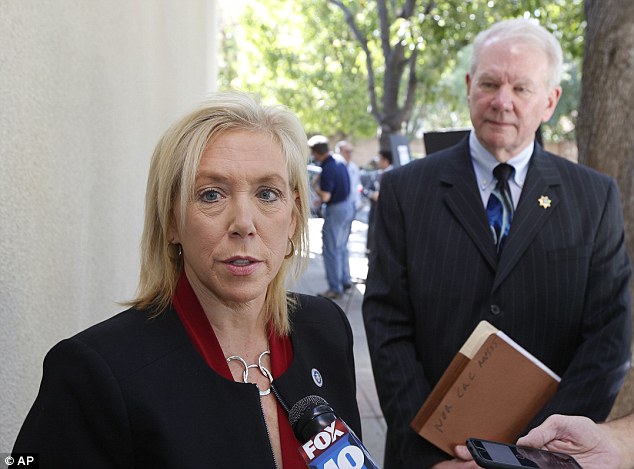 Schubert said at a news conference announcing Waller’s arrest: ‘DNA is the silent witness to the truth’.

Waller is suspected of raping women in six Northern California counties from Sacramento to Chico.

He is scheduled to be arraigned Monday in Sacramento Superior Court. It is presently unclear if he has an attorney.

Detective Avis Beery, who worked on the case for 12 years, said she has been ‘waiting a really long time for this day to come’.

‘I never gave up hope,’ she said, adding that she called one of the victims of the NorCal Rapist on Friday morning to tell her the news.

‘She was overcome and over the top with emotion and happiness to see that this person is in custody and that no one else has to worry about him anymore,’ Beery said.

‘The victims in this case can stop looking over their shoulders’.

She described the NorCal Rapist’s modus operandi, saying that he typically would break into houses late at night, often when women were asleep.

‘He would overcome them, he would bind them, and then repeatedly sexually assault them,’ she said.

Sometimes he would kidnap the women and force them to withdrawal money from ATMs, and sometimes stole their personal items.

Nicole Earnest-Payte , from North Bay, said she felt so many emotions when she learned the man who raped her 27 years ago was caught.

She told : ‘I don’t cry a lot about this. I’ve been waiting for this for a long time,’ she said through tears. ‘It’s interesting, when I saw his face, I felt nothing, numb.’ 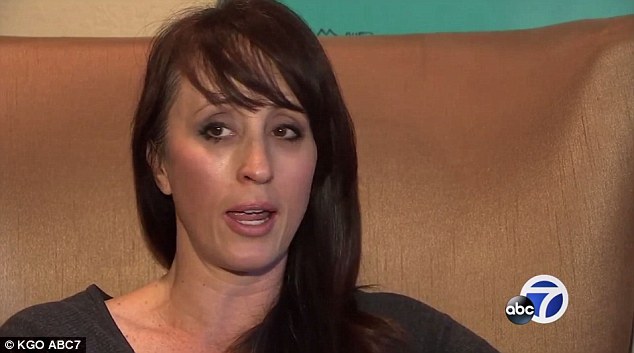 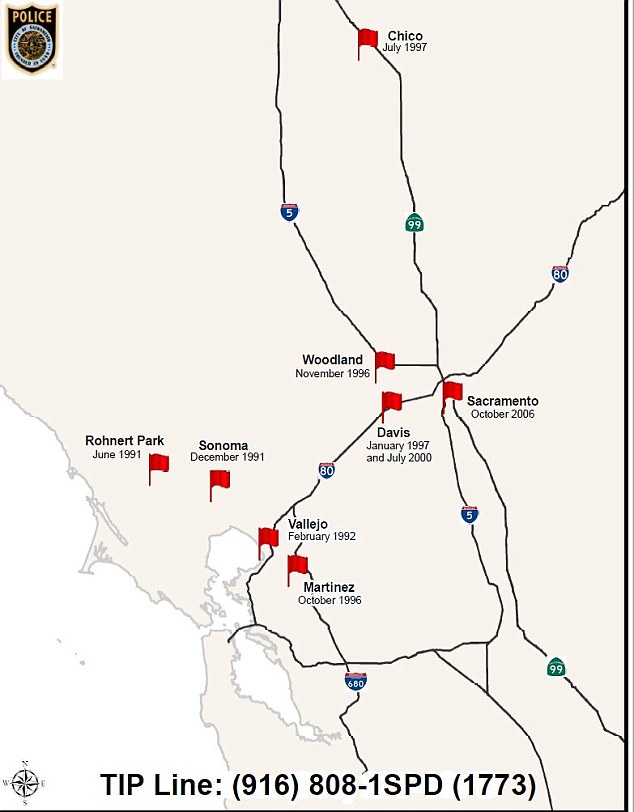 Sacramento Police Chief Daniel Hahn called the crimes ‘horrific,’ saying the victims were terrorized for hours at a time.

He told the : ‘There’s one less dangerous predator on our streets’.

Benicia police said  Waller was not on their radar but they are now investigation past cases to see if there is any connection with those cases.

Waller was arrested Thursday in the city of Berkeley, where he worked at the University of California’s environment, health and safety office as a safety specialist, according to its website.

Waller has been married and had the same job for about 25 years, officials said Thursday. None of the suspected rapes occurred in Alameda County, where the university is located.

A university spokesman told the San Francisco Chronicle: ‘We were shocked today to learn that a campus employee was arrested in connection with a series of rapes that occurred over more than a decade ago in several Northern California communities’. 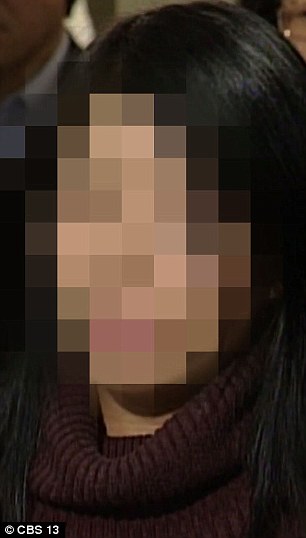 According to the university police and the Sacramento Police Department there is no indication that any crimes occurred within the campus community.

However, the campus police will review any open sexual assault cases to determine if any might be related, he added.

The NorCal Rapist’s assaults began in 1991, when the attacker slipped through an unlocked door and raped a woman in her Rohnert Park townhome.

The man went on to attack a woman in Vallejo in 1992, and then another in Martinez on Halloween 1996.

In the Martinez case, police said, the assailant wore a skeleton mask and called the victim at work weeks later to apologize.

Later crimes were committed in Woodland and Davis in Yolo County, Chico in Butte County and in Sacramento, authorities said.

Police tied the cases together through DNA evidence from more than a decade ago, but until now they weren’t able to match the crimes to a suspect.

Investigators tied DeAngelo to the crimes with the help of an open-source genealogy website called GEDmatch. 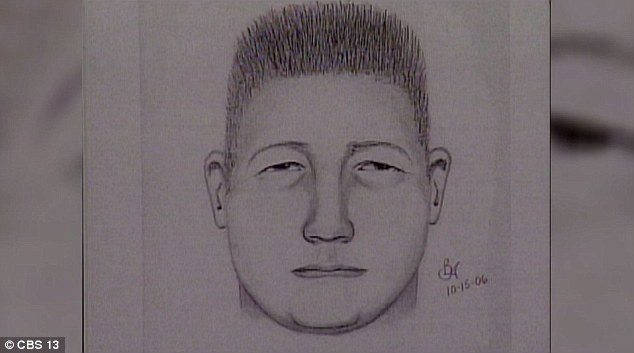 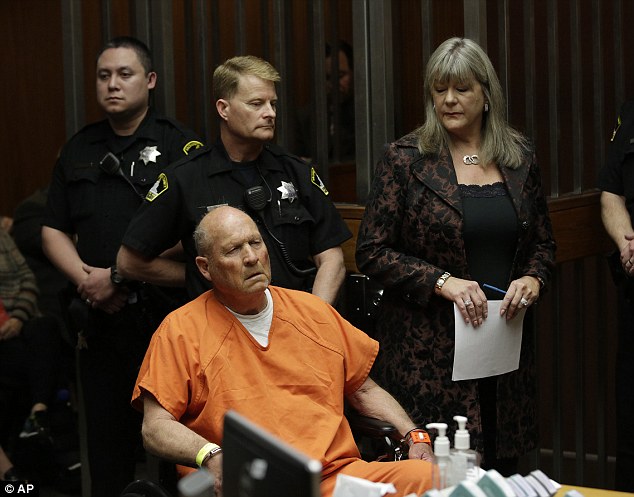 Police used the same tactic to arrest former police officer Joseph DeAngelo (pictured) in the Golden State Killer case, which is connected to at least a dozen rapes and killings throughout the state in the 1970s and 1980s.

A fairly close match popped up and from there the sleuths built a family tree that led them to Waller, who matched up with the rapist’s age and weight descriptions.

Neighbors of Waller told The Chronicle they knew little to nothing about the couple who live in the modest yellow home in Benicia — the only one on the block with a white picket fence.

Marcia Shigemoto, a neighbor from across the street, said she never noticed him until last week, when he was on the roof of his house pruning the trees.

‘I was worried he might fall,’ she said. She asked her boyfriend to go help, but he declined.

‘And there was a woman there, too, a younger woman,’ Shigemoto said. ‘And their interactions seemed pleasant, seemed normal’.

Waller has been booked into Sacramento County jail and is facing three felony charges.

He is being held without bail and his first scheduled court date is September 24.

KPMG is to fine its staff £100 if they are late in filing vital paperwork
Cabinet Remainers pave way for a soft Brexit deal with Corbyn as Hammond floats a second referendum
Ewan McGregor's daughters Clara, 23, and Esther, 17, reveal they are bisexual
Biker, 46, dies after confronting gang stealing his moped in south London
Did they check the weather forecast? Soaking revellers pictured on the first day of Parklife
Mother is jailed after she killed a grandmother in a car crash when she fell asleep at the wheel
Chief Medical Officer Professor Chris Whitty becomes artists' muse
Two men die after being pulled from the River Avon in Bath