Five people – including three babies – have been stabbed at a daycare centre in Queens, .

The ages of the infants, thought to be two girls and a boy, is not clear but one of the girls is in serious condition, reports .

The incident happened at 161st Street in Flushing in Queens at around 3.30am and a woman has been taken into custody, say NYPD. 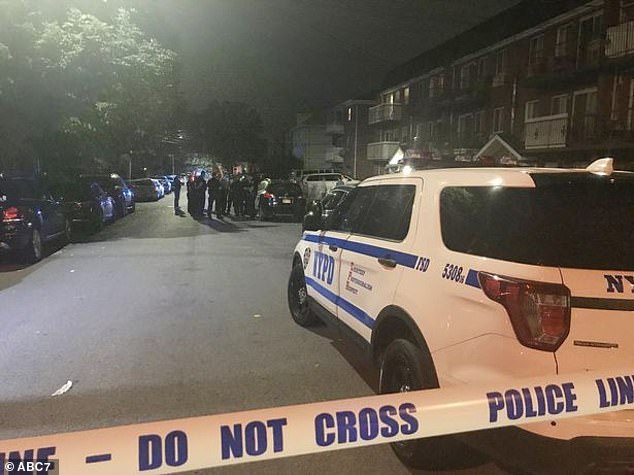 Police were called to the scene at around 3.30am this morning

Two adults were also injured in the incident. A man, who is a father to one of the children at the daycare was stabbed in the leg and is not thought to be in a serious condition.

A woman who was hurt in the early morning attack is a worker at the daycare.

Police said a 52-year-old woman was found in the basement and is in police custody at an area hospital.

A spokesman for force told the  the woman had multiple self-inflicted knife wounds.

The motive behind the attack is still unknown.