has revealed cheekily once asked him how he managed to get a date with his model wife Abbey Clancy.

Speaking to Radio 5Live, the footballer, 37, said the cheeky Prince approached him in a changing room, with his opening line being: ‘how did you bag Abbey?’

The 6ft 7in sportsman has been with Britain’s Next Top model host Abbey, 32, since 2006, and shares three children with the Liverpool beauty. 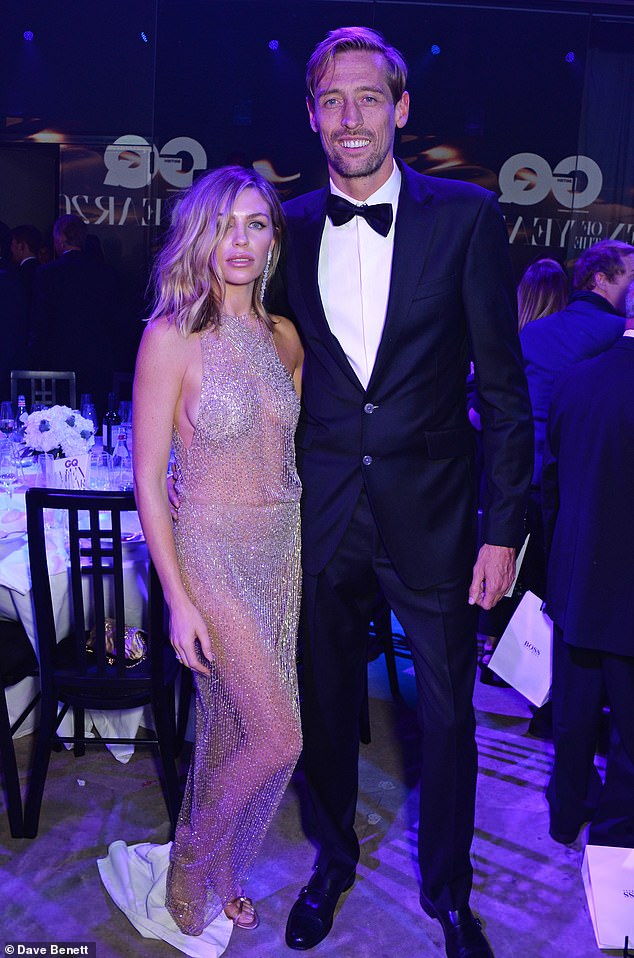 Cheeky! Peter Crouch has revealed Prince Harry cheekily once asked him how he managed to get a date with his model wife Abbey Clancy

Get it at Luisa Via Roma

If you want to make an entrance, go nude! Take note from Abbey Clancy who stunned in a sheer dress by Julien Macdonald at the GQ Men of the Year Awards.

The model turned heads as soon as she came into sight thanks to her risqué ensemble. Hailing from the brand’s SS18 collection, this number features a draped bodice with cut-out detail and long wrap skirt. It’s covered in nude coloured beads, which add plenty of sparkle to the skin-baring silhouette!

Dare to bare? Click (right) to purchase this dress at Luisa Via Roma and team yours with metallic accessories for an ultra-glamorous finish.

Or why not recreate the look with the help of our edit below? We’ve rallied up fabulous dresses from PrettyLittleThing, Forever 21, Asos and Missy Empire that are bound to have similar impact!

Revealing he’s met Princes William and Harry a number of times throughout his career, Peter recalled one incident with Harry.

‘I remember Harry said to me once, we were in a changing room, and he said ‘Crouchy, how did you bag Abbey?” He genuinely did say that.’

Peter added that he couldn’t wait to tell his wife, who was ‘buzzing’. 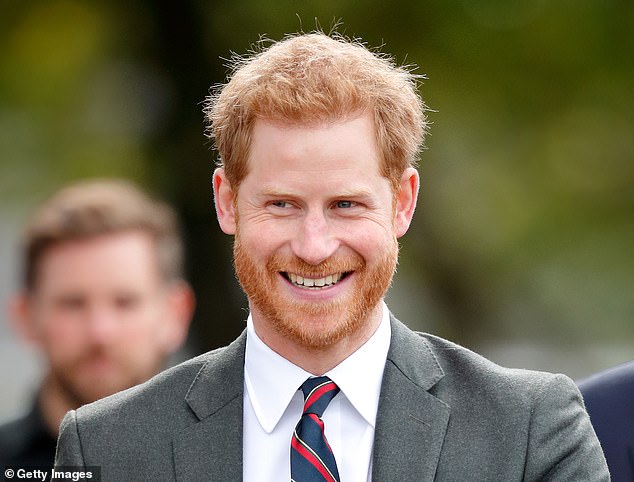 Banter: Speaking to Radio 5Live, the Stoke City footballer said the cheeky Prince approached him in a changing room, with his opening line being: ‘how did you bag Abbey?’

‘I was really taken aback by it and I have loads of quips afterwards. I told Abbey, she was buzzing.’

‘He was dissing me, laughing his head off and then walked off. I asked myself – ‘did that just happen?”’

Peter met Abbey in a Liverpool bar where she was working as a waitress, the couple have been together since 2006 and wed in a lavish do in 2011.

The couple are proud parents to two daughters; Sophia, six, and Liberty Rose, two and welcomed their son Johnny in January. 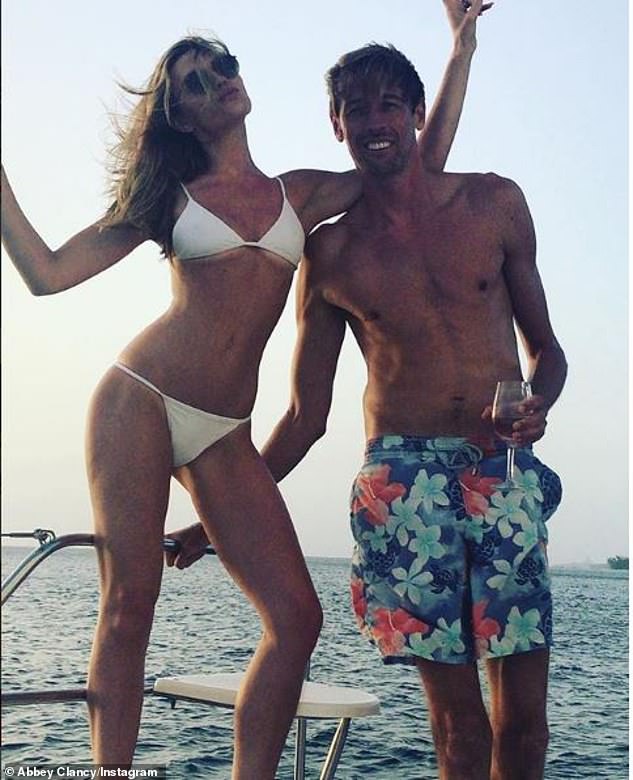 Longterm love: Peter met Abbey in a Liverpool bar where she was working as a waitress, the couple have been together since 2006 and wed in a lavish do in 2011

Peter famously once responded to the question: ‘What would you be if you weren’t a footballer?’ by saying: ‘A virgin’ and told last week that his marriage with Abbey ‘works’ because they both have successful careers in the public eye.

‘It’s nice for her to get out and do stuff,’ he said of his wife’s TV and modelling career. ‘I’ve seen other players whose wives aren’t well known and, in social settings, they get cut out completely.’

‘Everybody just wants to talk to the player, and it’s not nice. Whereas with us, people want to engage with her as well.’

‘She understands. It’s very fickle. One minute you’re up there and the next minute you’re down there. It’s almost as cut-throat as football.’ 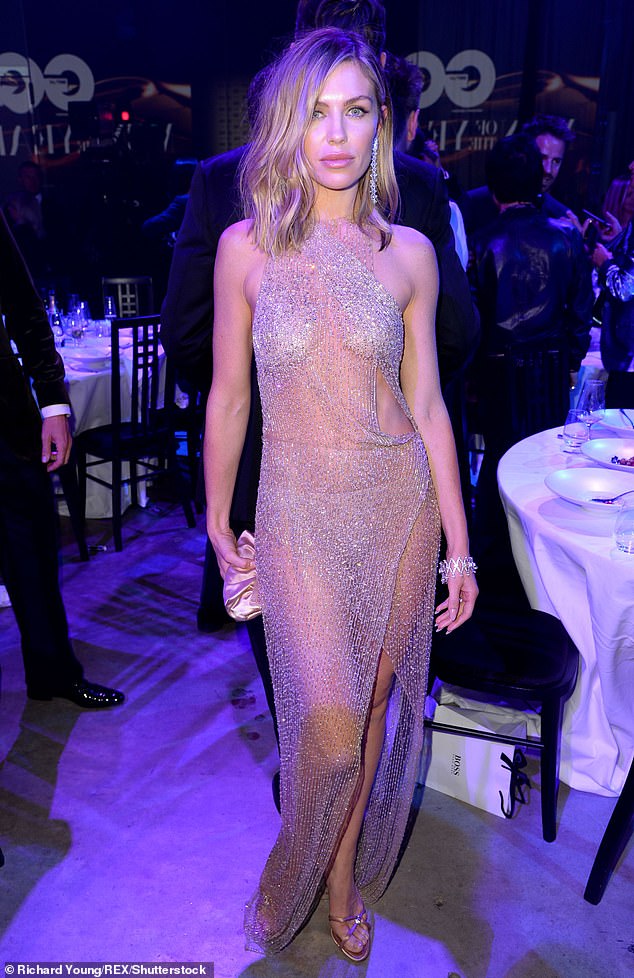 Success: Abbey started her modelling career as a contestant on Britain’s Next Top Model in 2006 before becoming the host of the show in 2015