Police are currently searching a car park at Monash University in  after a high-speed pursuit ended with a black Mercedes being ditched at the campus.

Officers scoured an underground park at the university campus at Caulfield on Thursday morning.

A stolen Mercedes was dumped in the car park at the university after a dramatic pursuit involving up to six police vehicles and a helicopter. 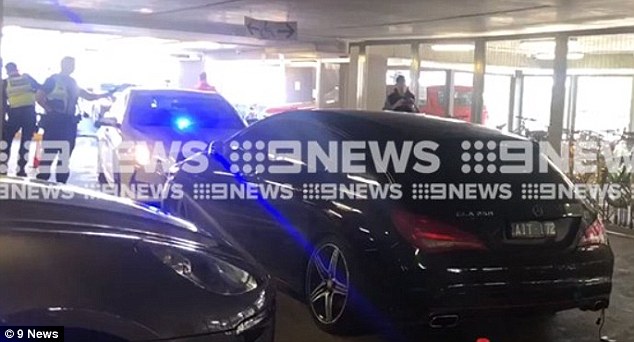 It is understood the people who ditched the car are hiding at the university.

Students said police have blocked off all entry and exit points.

In a statement, Victoria Police said they were searching for a man and a woman ‘in the area surrounding’ the university.

A Monash University student told police had said a girl had stolen a car and then dumped it at the campus.

Police were seen inspecting a black Mercedes, with damage visible on the rear of the vehicle. Officers also seized a baseball bat.

The car is understood to have been involved in a high-speed chase in Malvern East and Moorabbin. 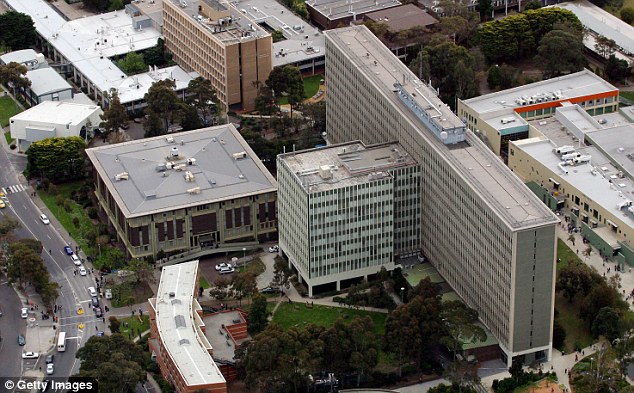 In a statement, Victoria Police said they were searching for a man and a woman ‘in the area surrounding’  Monash University

A witness told 3AW they saw a speeding car swerving across four lanes, as it ‘almost collected myself and a few others’.

The man said the Mercedes’ tyres were punctured and it was being pursued by an unmarked police car.

Another witness said the chase was ‘crazy’.