The woman who helped her husband kidnap 14-year-old Elizabeth Smart and hold her for nine months in 2002 has been released from prison, but defiant Smart has vowed she will not go into hiding.

Wanda Barzee, who was convicted for aiding street preacher Brian David Mitchell in the kidnapping of Elizabeth Smart, was released from a Utah state prison on Wednesday after 15 years in jail.

She was seen carrying a banana and a takeaway box of salad as she followed authorities into a hotel, where she will stay until appropriate accommodation has been found for her.

Smart was taken from her bedroom in Salt Lake City, Utah at knife point by Mitchell – who knew her because he had been hired by her family to do handiwork at their home.

For nine months, the religion-obsessed couple kept Smart tied up in the woods where Mitchell subjected her to daily rapes and death threats. Smart said Barzee would watch as her husband raped her.

Speaking on Wednesday night to Lock Haven University, Smart detailed the night she was taken and while she did not directly refer to Barzee’s release during her talk, she was asked by an audience member how she felt about it.

‘I’m not going to let these people, this woman, stop me from living the life that I want to live and that’s how I still I feel,’ Smart answered. 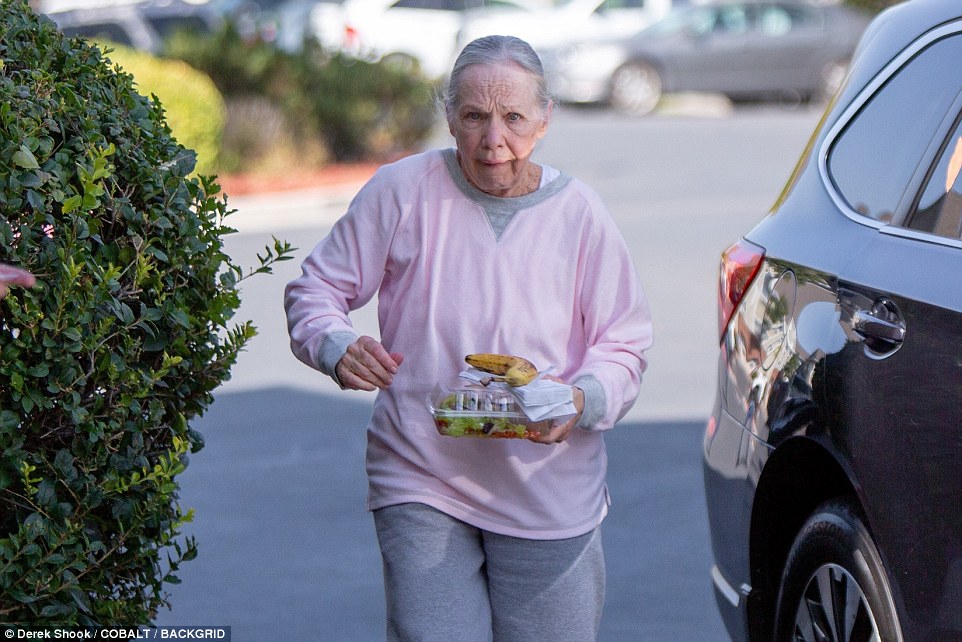 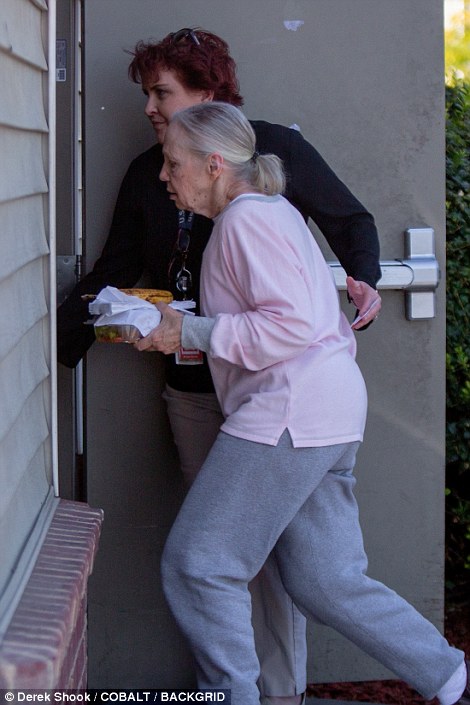 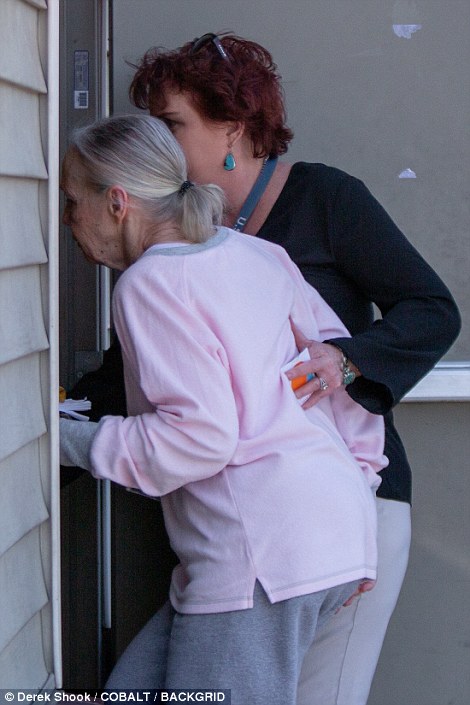 The 72-year-old was pictured racing into a hotel carrying a banana and a salad hours after her release. Barzee pleaded guilty in 2010 to aiding her husband Brian David Mitchell in the kidnapping of 14-year-old Elizabeth Smart 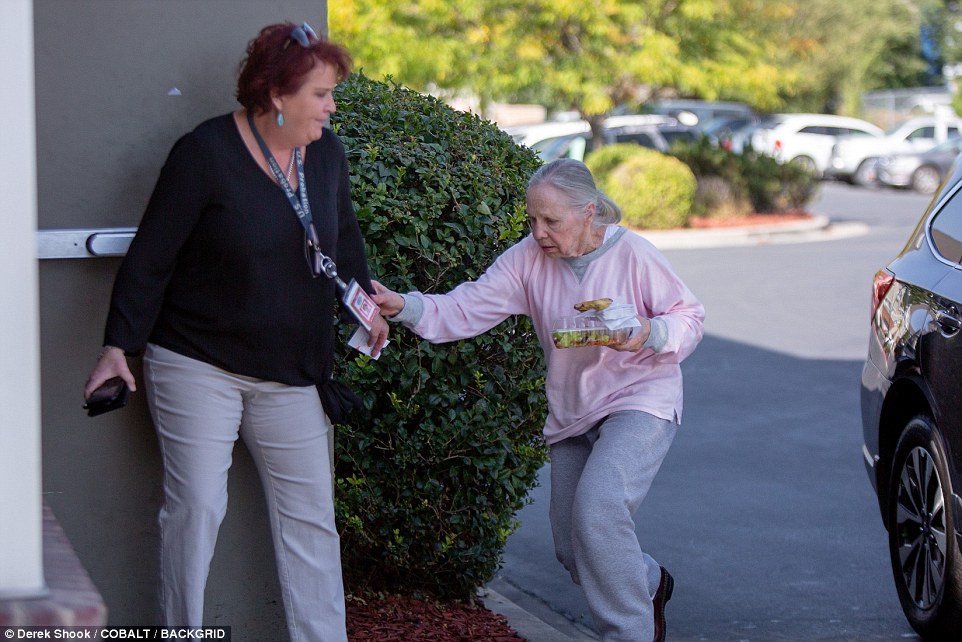 The elderly woman is not permitted to contact Smart in any way for the next five years, at which point Smart, soon to be a mother of three, will need to file for a protective order 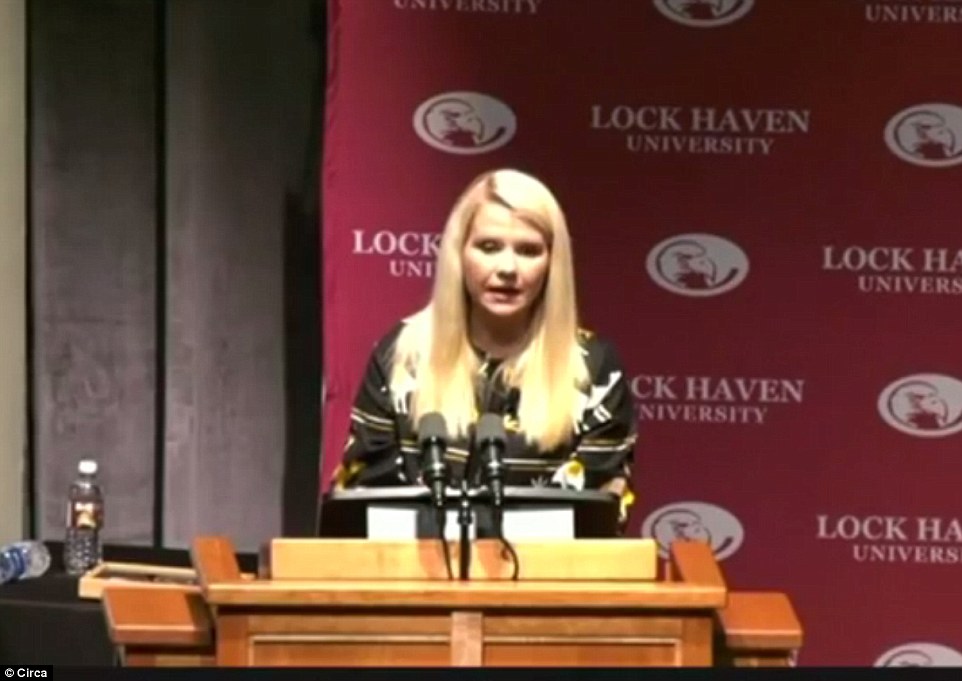 Speaking on Wednesday night to Lock Haven University, Smart (seen above) detailed the night she was taken

She told the crowd about the first moment she heard Mitchell’s voice, telling her: ‘I have a knife at your neck. Don’t make a sound, get up and come with me’.

‘I opened my eyes and there was a man standing above me, with a knife against my neck,’ she said of the moment that changed her life.

‘There wasn’t anything in my entire life that had prepared me for this moment.’

Ahead of the talk, she addressed the media, where she described her past few weeks as ‘a rollercoaster of emotion’, reported. 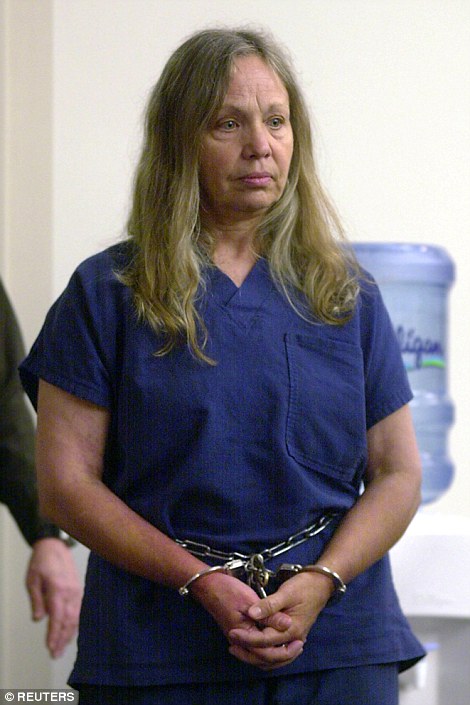 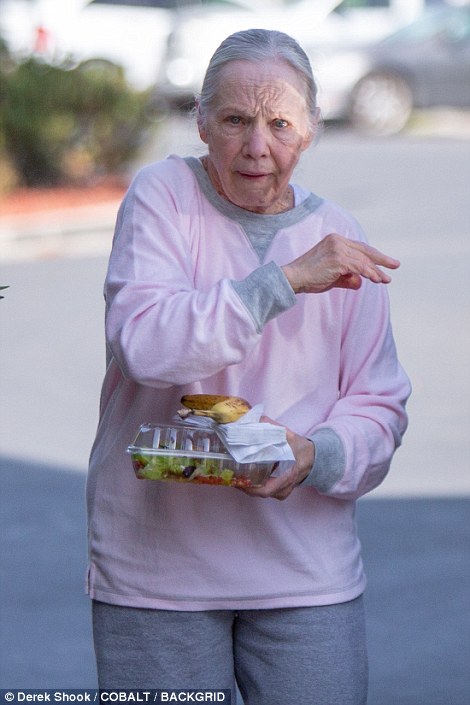 She was sentenced to 15 years jail, while her husband received a life sentence. Barzee has been released early as the parole board credited her for time served prior to her sentence 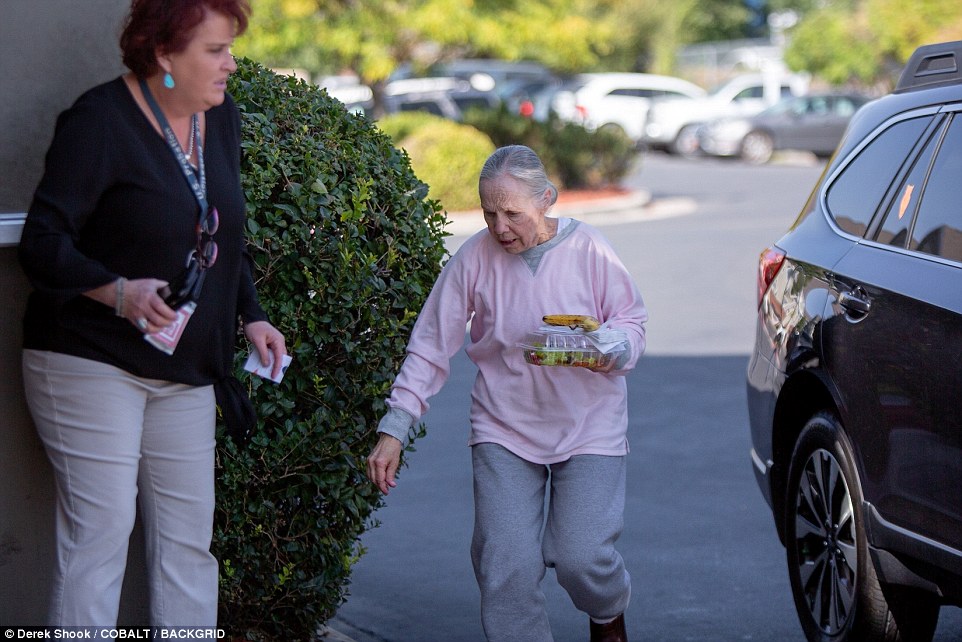 Smart said Barzee would watch as her husband raped her. Barzee is seen above arriving at a halfway house on Wednesday

‘At the same time, I experienced an outpouring of love, support and prayers,’ she said.

Smart said her decision to keep her commitment to speak at the university was a ‘perfect example’ of how she would not live in fear and continue to move forward with her life.

‘I feel like being here tonight is a statement in my moving forward and continuing to do what I feel like is important,’ she said.

In a press conference held last week, Smart said Barzee had been manipulated at some points by Mitchell, but: ‘she in her own right abused me as much as he did’.

‘She is a woman who had six children and yet could co-conspire to kidnap a 14-year-old girl, and not only sit next to her while [she was] being raped, but encouraged her husband to continue to rape me,’ Smart said.

Authorities reportedly said she was not ready to be released back into the community, but Utah law states an inmate cannot be held past their sentence.

Smart has claimed she was told Barzee did not comply with treatment program requirements during her time in prison.

The state parole board said Barzee ‘refused to meet with the psychologist and the evaluations had not been completed’.

Despite her non compliance, because she had completed the length of her sentence, Barzee could not be stopped from leaving the Timpanogos Correctional Facility in Drape.

Barzee only pleaded guilty in 2010, but was unexpectedly credited for time served by the Utah Board of Pardons and parole last Tuesday, meaning she was eligible to be released in 2018, as opposed to 2024,  reported.

Earlier, a request from her attorney to have her previously served time counted towards her sentence had been denied. 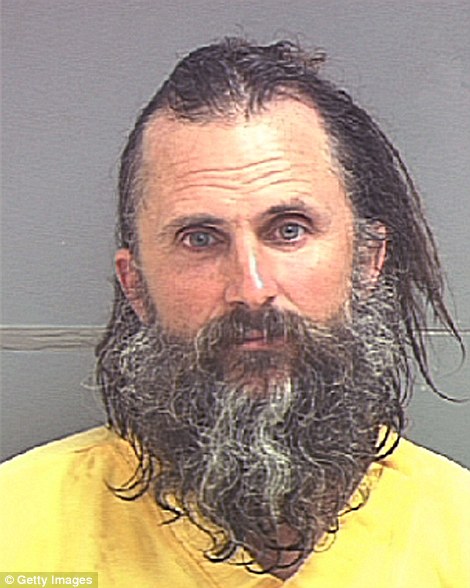 Brian David Mitchell, Barzee’s husband who raped Smart daily while holding her in captivity, is pictured in his 2004 mugshot

Mitchell was sentenced to life behind bars in Arizona.

The 72-year-old will be prohibited from contacting Smart for the five years of her supervised release, after which time Smart, now a child safety activist, can file for a protection order.

Regardless, Smart has spent most of the year advocating against Barzee’s release in 2024 after discovering she still carried around a manuscript containing revelations Mitchell said he received from God that told him to kidnap her.

‘In this manuscript were the ‘revelations’ Mitchell ‘received’ from God to kidnap myself and six other young girls to be his wife,’ Smart said.

She said the manuscript also contains other ‘disturbing and dangerous ideas’, but Smart didn’t say how she knew Barzee had the book.

‘This is proof to me that she hasn’t changed, and if the prior 15-plus years hasn’t changed her,’ Smart said at the time. ‘I don’t see how the future years will.

‘I do not think I’m a vindictive or vengeful person. If change were truly possible in her case then perhaps parole/release could be justified.’

Smart posted a pointed message on her Instagram account after her kidnapper walked out of prison gates a free woman.

‘May we all remain vigilant in watching over our families, friends, and community from anyone who would seek to hurt or take advantage,’ she wrote, without invoking Barzee’s name.

‘I truly believe life is meant to be happy and beautiful, and no matter what happens that will remain my goal for me and for my family.’ 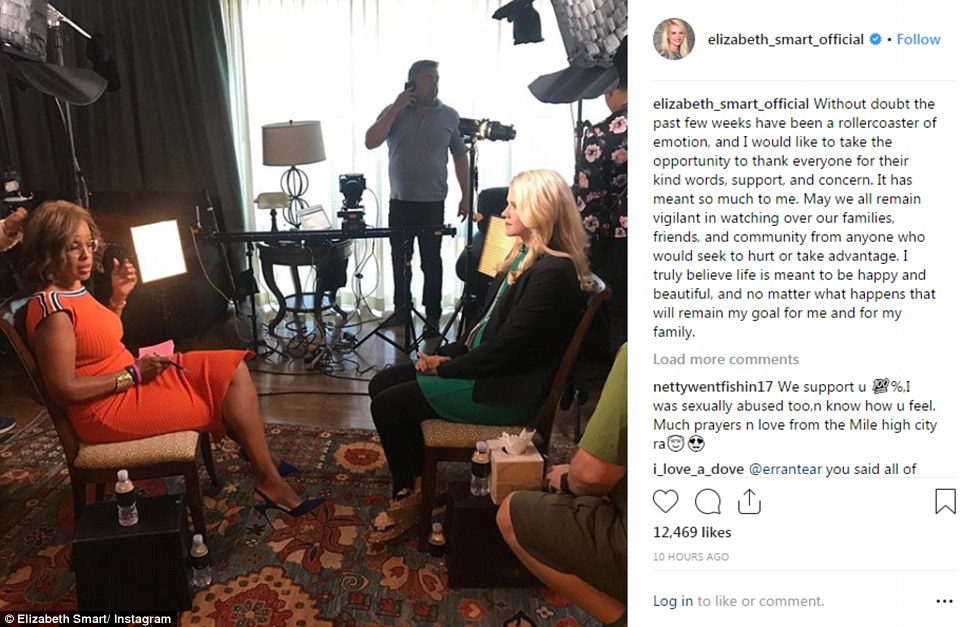 Smart, who is now a child safety activist, encouraged everyone to be ‘vigilant’ in watching over their families in a pointed Instagram post shared just hours after Barzee’s release 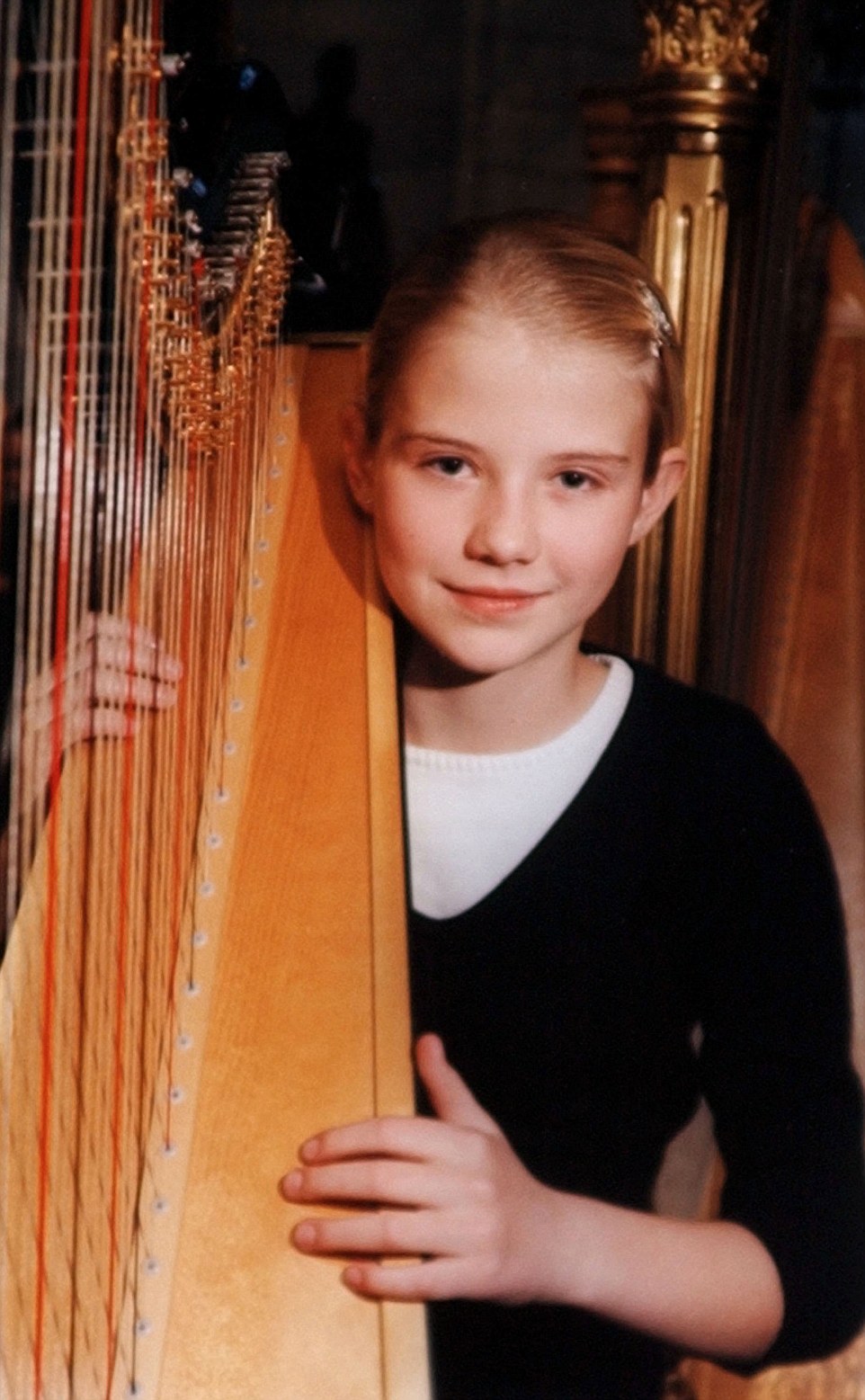 Elizabeth was just 14 when she was taken. She is pictured at the time of her disappearance 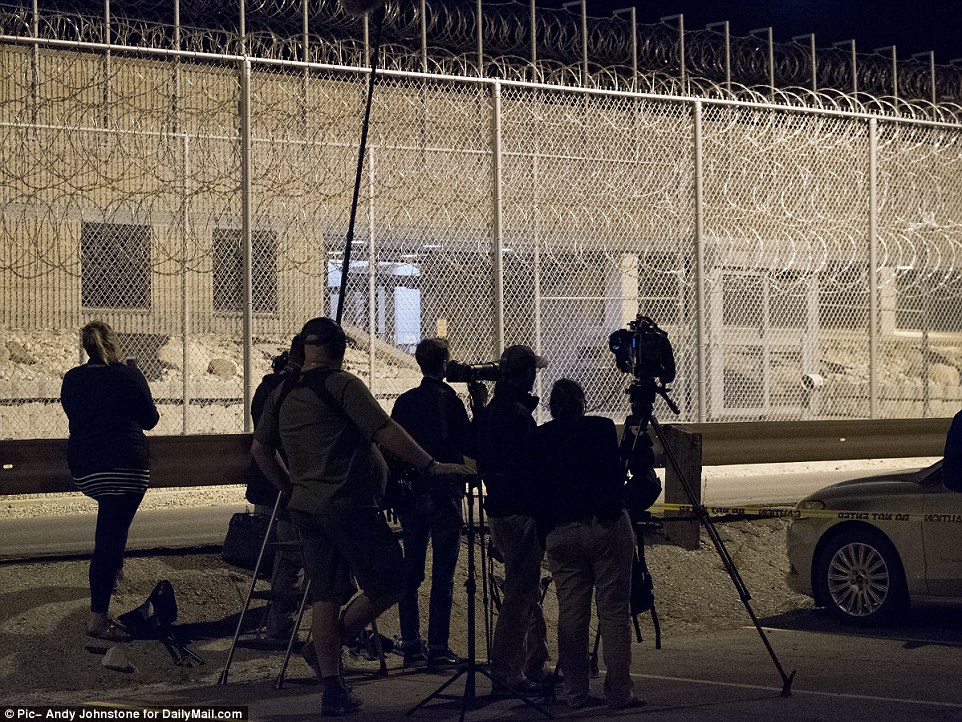 Smart was eventually rescued when a stranger saw the three of them in the street and recognized the pair from an episode of America’s Most Wanted.

Barzee’s niece Tina Mace previously told DailyMail TV her family would not take Barzee in upon her release.

‘Well I think they [family] are just wondering where she’s gonna go, if she’s gonna get the help she needs,’ Mace said.

‘I know that the probation that she’s under will require her to get mental help and be on mental drugs to help her. I don’t know how long… I think her probation is for five years.’ 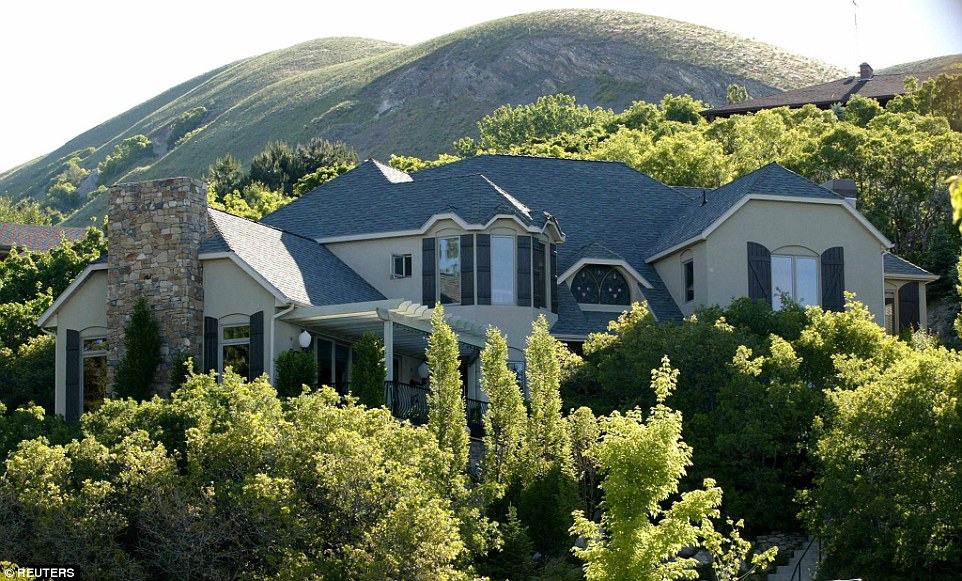 The pair snatched Elizabeth from her bedroom in Salt Lake City, Utah (her home is pictured in 2002)