Families are facing a fresh squeeze on their budgets as inflation soars to 2.7 per cent – driven up by the higher cost of transport and clothes.

The Office for National Statistics said the cost of enjoying recreational and cultural activities – like going to the theatre – has risen to its highest since 2010.

The cost of children’s toys, computer games and other hobbies also rose in August compared to the year before.

Together these costs mean that inflation has jumped from 2.5 per cent from July to 2.7 per cent in August.

And just as the country marks the end of London Fashion Week, the figures reveal that the cost of clothes and shoes has also gone up as shops hike their prices for the new Autumn season. 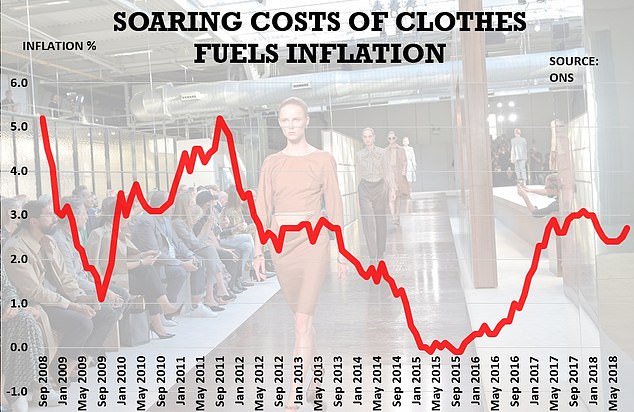 Families are facing a fresh squeeze on their budgets as inflation soars to 2.7 per cent – driven up by the higher cost of transport and clothes

‘However, mobile phone charges, and furniture and household goods had a downward effect on inflation. 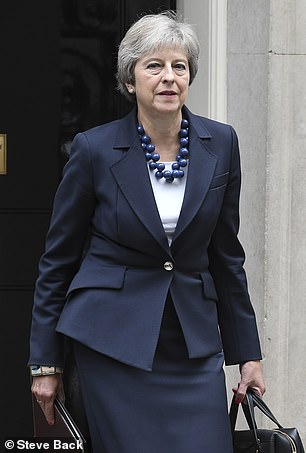 ‘UK house prices continued to grow but at their lowest annual rate for five years, driven again by a fall in London.

There was more gloomy news for drivers and commuters as the cost of transport is the biggest single factor fuelling the upswing in inflation.

Transport prices have increased by 6 per cent in the year to August 2018 – with the biggest reason the high cost of motor fuels.

Package holiday prices have increased substantially and are the biggest single reason for the surge.

It comes amid the tanking pound, which means that Britons going on holiday abroad are facing higher hotel prices.

And the cost of clothes and shoes rose by 3.1 per cent between July and August this year – compared to a rise of 2.4 per cent from the two months the year before.

The ONS said: ‘Prices of clothing and footwear usually rise between July and August as autumn ranges start to enter the shops following the summer sales season.

‘The rise was larger this year than in 2017 and may have been influenced by the proportion of items on sale, which fell by more between July and August this year than between the same two months a year ago.

‘The upward effect came principally from women’s and children’s clothing.’