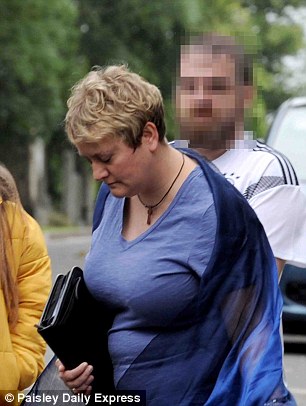 A music teacher who was found naked on top of a teenage pupil in her flat has been struck off the teaching register.

Elizabeth Smillie has been banned from the classroom for forming inappropriate relationships with two vulnerable female pupils.

One of the pupils – who was aged 15 at the time – said that Ms Smillie added her on , passed on her phone number and on one occasion asked if she ‘fancied Meryl Streep’.

The pupil revealed how Ms Smillie, who taught at schools in Renfrewshire, would pick her up in her car, buy her cigarettes and allow her to drink in her vehicle.

The inappropriate relationship between the pair ended when Ms Smillie tried to kiss the pupil – resulting in the teen telling her aunt, who worked in the education sector, and later changing her phone number and blocked her on Facebook.

It also emerged that Ms Smillie formed a sexual relationship with a 17-year-old pupil at Gleniffer High, Paisley, where she performed a sex act on her at a known area called the ‘car park in the sky’.

The pair were found naked together in Ms Smillie’s bed by another pupil who said the teacher had earlier joined in for a game of dares.

Ms Smillie, from Lochwinnoch, Renfrewshire, and the pupil were also spotted kissing and holding hands during a day out together on a school outing. 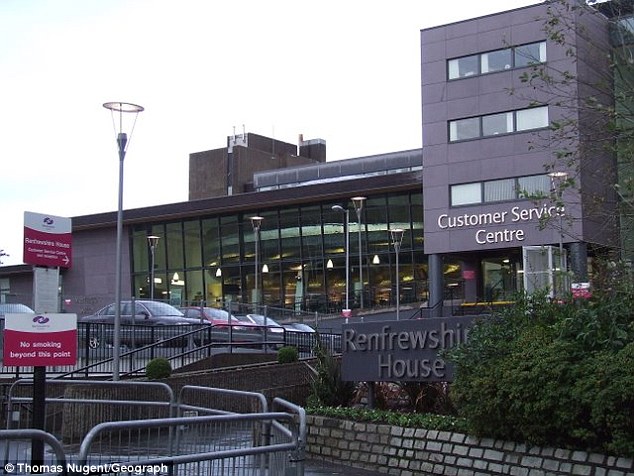 Documents released on Tuesday by The General Teaching Council for Scotlandstate that the panel have decided to remove Ms Smillie from the teaching register.

On making their decision, they said: ‘The panel were satisfied that the teacher’s relationship with each pupil was at the relevant time an inappropriate relationship.

‘The specific conduct referred to in each part of the allegation was not conduct that was consistent with a normal pupil/teacher relationship.’

They added: ‘An aggravating feature was that both pupils were vulnerable at the relevant time at her flat.

‘In particular, the panel found similar behaviour in forming relationships with vulnerable pupils and in the detail of the particular conduct involved thereafter.’

Ms Smillie did not attend the hearing but did arrange for a representative to deny the allegations.

She did however request to have her name anonymised throughout the hearing – a request which was denied by the GTCS panel.

The allegations against Ms Smillie were in relation to her relationship with a 15-year-old whilst employed by Renfrewshire Council during the 2010/2011 school session.

A second charge relates to the teachers sexually inappropriate relationship with a 17-year-old pupil during 2011/2012 whilst employed by the same council.

She was also accused of forming inappropriate communications with another two pupils between July 2012 and March 2013 using Facebook and texting.

A signed transcript from the pupil who was 15 at the time, and known as Pupil A, read: ‘At the beginning the texts were friendly, similar to texts that pupil A would send or receive to and from friends. The teacher would send pupil A pictures of her house and cats.

‘Pupil A states that one night when the Teacher picked her up pupil A was drunk, upset and crying about a recent traumatic experience.

‘The teacher then cuddled her in the car. Another night pupil A indicates that she could tell that the teacher was drunk.

‘The teacher spoke about her ex-partner and sexual experiences she had. The teacher asked pupil A if she fancied Meryl Streep and asked her details of her relationships with boys and whether she was seeing any and what she was doing with them.

Details of a transcript signed by the 17-year-old pupil, who formed a relationship with Smillie, read: ‘She recalls one day, just after a traumatic experience, that she was leaving the teacher’s class and the teacher told her to take care.

‘Pupil C assumed that the teacher must have heard about what happened. The teacher then began slowly offering Pupil C support.

‘Pupil C states that the teacher sent her a friend request on Facebook that she accepted. The Teacher also gave Pupil C her mobile number and said it was easier to text than talk over Facebook.’ 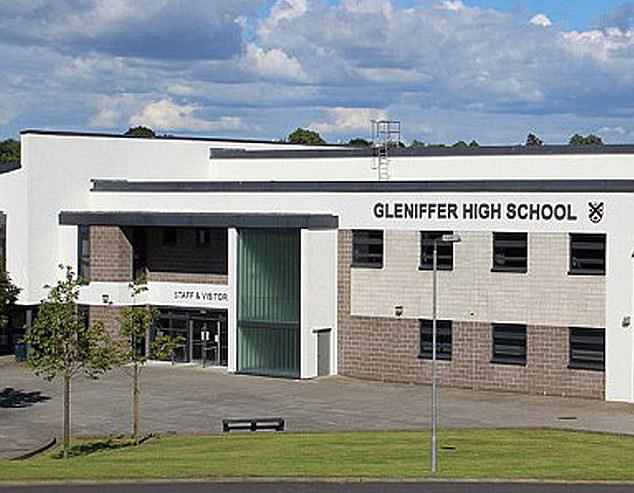 A friend of the pupils gave evidence stated that he walked in on Smillie and his teenage friend in bed together.

The statement said: ‘On that occasion the teacher had picked him up at the station and they had driven to her flat in Lochwinnoch.

‘They picked up some alcohol. They were all drinking. They were playing dares. The dares included Pupil C and the teacher kissing intimately.

‘At the end of the night two pupils slept on the sofas and the teacher and Pupil C had gone into the teacher’s bedroom around 1am.

‘The following morning Pupil D went into the teacher’s bedroom and saw Pupil C and the teacher in bed naked.

‘Pupil C had stayed in the room the whole night.’

The GTCS removed Smillie from the register stating that the allegations found proved amounted to misconduct.

On making their decision, they said: ‘ The Teacher had not engaged with the hearing and that there was an absence of evidence of insight, remorse and remediation.

The allegations were at the more serious end of the range of allegations that Fitness to Teach Panels deal with. They involved the abuse of a position of trust of vulnerable pupils.

‘One of the pupils was under 16 years of age when the teacher initiated the relationship. Further, the allegations demonstrated a pattern of behaviour by the Teacher which indicated that there was a risk of reocurrence.’

Twitter goes wild as Liberty releases its luxury beauty advent calendar
Macron overheard telling Mohammed bin Salman he's worried about Jamal Khashoggi murder
Day Four of our exclusive extracts from the best stories to tell YOUR children this festive season
Spanish greyhounds left for dead in wells or by side of road at end of hunting season
Obesity now bigger cause of many cancers than smoking, shock study shows
Vladimir Putin casts his ballot in Russian local elections
Why do you feel so dreadful after a long-haul flight?
Italian archbishop calls for world to pray together this Saturday in exorcism to defeat coronavirus